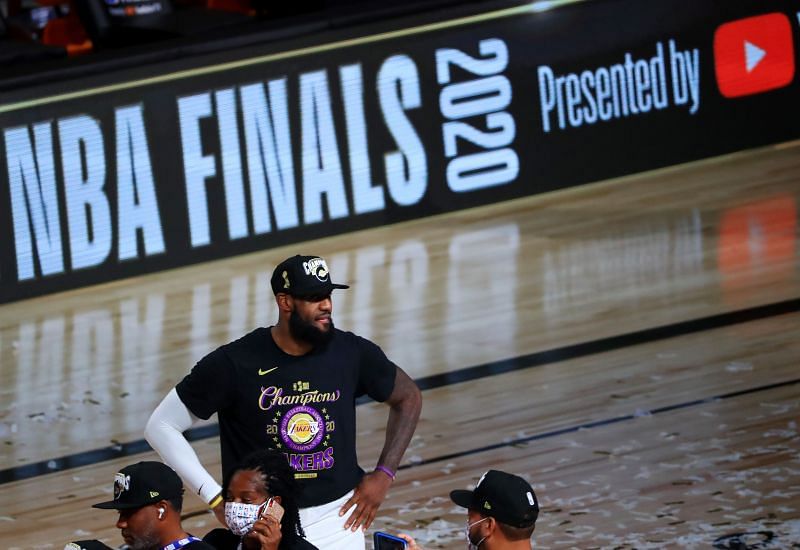 The NBA Finals are one of the most competitive sporting events in the world. The teams go through an 82-game regular season and three grueling series on the best of seven playoff games. It is only after winning these that two teams emerge to compete again to earn the right to be called champions.

While consistency is necessary, there are times when players achieve a performance that really sets them apart.

Triple-double is the act of recording 10+ of the three stats in a match. The combination of 10+ points, 10+ rebounds and 10+ assists is the most common format for a triple-double.

Recording a triple-double is a feat in itself, but doing it on the bigger stage, in the NBA Finals, makes it even bigger.

With this in mind, we envision six NBA players who recorded a 30-point triple-double in the NBA Finals.

Jerry West is widely recognized as the silhouette that is the logo of the NBA. West has always come to play in clutch situations, and the NBA Finals were no different.

After years of losing to the Boston Celtics in the NBA Finals, the LA Lakers were looking to face their rivals once again on the big stage.

West was unstoppable in the 1969 NBA Finals. He scored 53 points in the first victory over the Celtics and followed it with another 41-point performance. For the series as a whole, Jerry West averaged 37.0 points, 4.7 rebounds and 7.4 assists.

Although the Lakers led the series 2-0, things would get worse and the Celtics would take the Lakers to Game 7.

West rose to the challenge. In the crucial seventh game, West recorded a triple-double. Jerry West dominated the game registering 42 points, 13 rebounds and 12 assists. Unfortunately, his efforts were wasted as the Celtics won the game by two points and came away as champions.

Jerry West was named NBA Finals MVP for his outstanding performance. This is the only time a player from the losing team has won the honor.

James Worthy is one of the greatest Lakers in franchise history. With his number hanging from the rafters, Worthy is a three-time champion with the LA Lakers.

Known as “Big Game James,” Worthy was known to show up when the Lakers needed him most. Associated with Magic Johnson, Worthy was one of the NBA’s great finishers. In the 1988 NBA Finals against the Detroit Pistons, he rose to the challenge in Game 7.

The Detroit Pistons were one of the toughest teams in the NBA at the time. Playing a physical brand of basketball, the Lakers struggled in Game 1, dropping by 12 points.

But the Lakers turned the tide, eventually tying the series at three games apiece. With the series tied, Game 7 would decide the champion.

James Worthy would be important to the Lakers by registering a triple-double to secure victory and the NBA title. Worthy recorded 36 points, 16 rebounds and 10 assists for the game.

While also winning the NBA Finals, Worthy was also named NBA Finals MVP. He averaged 22 points, 7.4 rebounds and 4.4 assists for the series.

James Worthy dropped a triple double of 36 points, 16 rebounds and 10 assists, allowing the Lakers to win 108-105 over the Pistons to win the NBA ChampionshipðŸ† He was also named MVP of the Finals.

One of the most underrated strikers of all timeðŸ”¥

James Worthy dropped a triple double of 36 points, 16 rebounds and 10 assists, allowing the Lakers to win 108-105 over the Pistons to win the NBA ChampionshipðŸ† He was also named MVP of the Finals.

One of the most underrated strikers of all timeðŸ”¥ https://t.co/Tykj8YZJLP