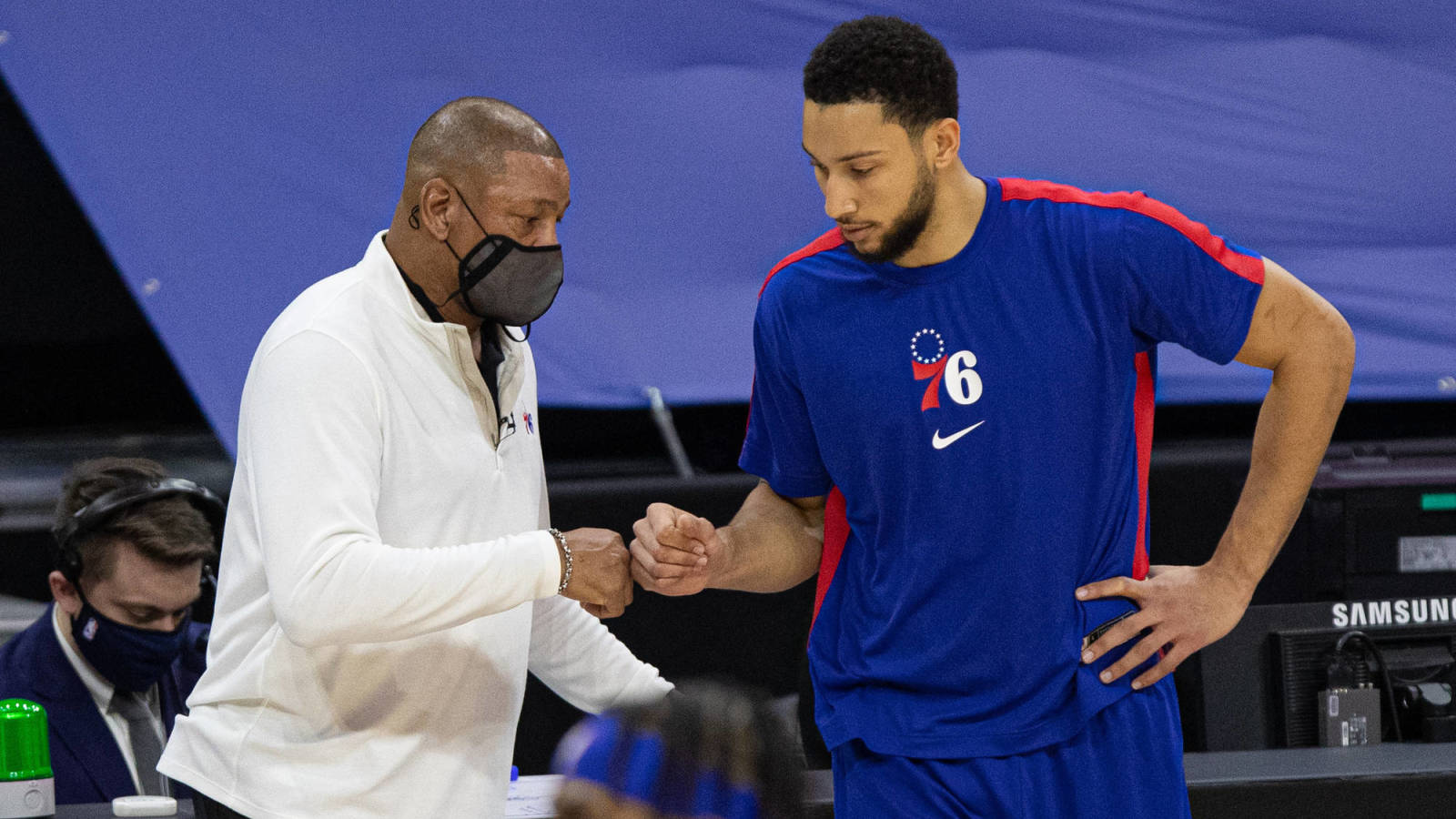 Sixers head coach Doc Rivers appeared on a pair of ESPN broadcasts on Wednesday to address the Ben simmons situation, expressing on both â€œKeyshawn, JWill and Maxâ€ and â€œFirst Takeâ€ that he wishes to see the 25-year-old return to Philadelphia for the season ahead.

Simmons would categorically opposed at the thought of showing up to training camp or playing another game for the 76ers, but Rivers said when he first appeared on ESPN Wednesday morning that he hopes he and the team can “change that thinking”. He later stated explicitly during his appearance “First Take” that he “would love” to see Simmons return to the club, adding that the team has hired a shooting coach to help him improve that aspect of his game.

â€œThere have been so many times that this has happened (in sport) that has not been reportedâ€¦ and the guy is coming back,â€ Rivers said, by Kyle Neubeck from PhillyVoice.com. â€œSo listen, we’re going to go through this. We’ll always do what’s best for the team, but I can tell you right off the bat, we’d love to get Ben back, and if we can, we’ll try to do it. Ben has a long contract so it’s in our hands and we want him to come back.

Confirmed rivers reports that Simmons told team managers – including Rivers, president of basketball operations Daryl Morey and club owner Josh Harris – at a meeting last month that he wanted to be traded. According to Rivers, it was a â€œgood conversationâ€ and Simmons provided the reasons he didn’t want to return, but the Sixers â€œclearly didn’t agreeâ€ with his arguments.

One of the most interesting aspects of Rivers’ media appearances on Wednesday was his insistence that his comments about Simmons after Game 7 of the Eastern Conference semifinals were misrepresented by the media. When asked at this point if he believed Simmons could be the point guard for a champion team, Rivers replied, â€œI don’t know that question or the answer to it yet. You know, so I don’t know the answer to that. Today he tried to rephrase that answer.

â€œMy response was, ‘I’m not answering any of those questions right now, guys, I don’t even know how to answer that,â€ â€Rivers told Stephen A. Smith onâ€œ First Take â€. â€œâ€¦ I was just like, ‘I’m not answering this bullshit, these questions.’ It was described that I was there saying, “I don’t think we can win with Ben,” and I do. I told Ben the next day. What really disappointed me was the next day I went on and said, ‘Guys, you all knew exactly what I was talking about’, and no one heard it. They just kept running their story.

While Rivers insisted on ESPN Wednesday that Simmons and Agent Rich Paul know what he meant, a report earlier this month suggested that Simmons ‘camp was not thrilled with Rivers’ comments, so it’s not clear if everyone is on the same page.

Assuming Rivers’ efforts to get Simmons to camp are unsuccessful, this situation will start to get particularly interesting next week, when players are due to show up to training camps. As ESPN’s Bobby Marks explains in a Instagram video, the 76ers would likely be comfortable evaluating Simmons a string of small fines if he misses media day (Monday) and the team’s early practices. After that, financial decisions get more complicated.

Simmons owes 25% of his $ 33 million salary for 2021-22 on Oct. 1 and Marks suggests that withholding that payment would be an option for the Sixers if they don’t expect to mend fences with Simmons and are ready to enter an arbitration battle. Suspending Simmons would be another option – in that scenario, he would lose 1 / 145th of his salary (roughly $ 228,000) per game for the first 20 games missed, then 1 / 110th of his salary per game after that.