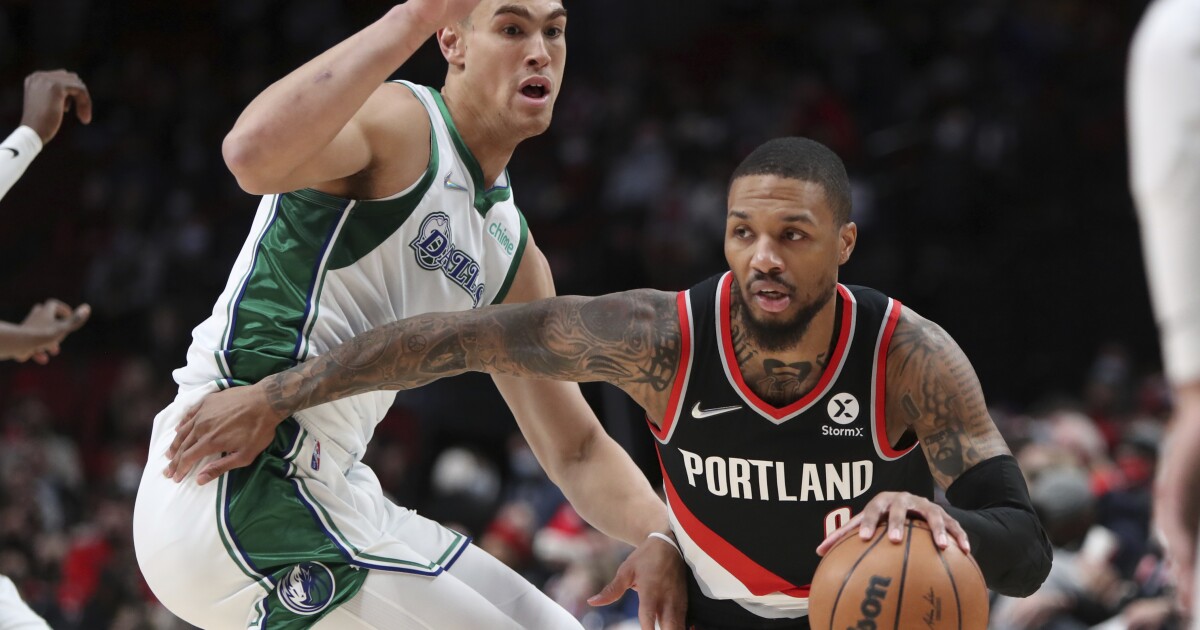 To understand why Damian Lillard is still with the Portland Trail Blazers in 2022, take a look at why he signed up for Weber State in 2008.

Weber State showed serious interest in Lillard before any other school. It resonated with Lillard, and when more prestigious schools called late in the recruiting process, he didn’t forget how Weber State was the first to believe in him.

So he went there. And he stayed there. Fast forward to now: Portland was the team that drafted him a decade ago, and Lillard hasn’t left either.

Lillard’s story is a reminder: NBA players may be more self-sufficient than ever. They can line up with their friends and form super teams. They can force trades (even though asking for one publicly is against league rules). They can fire coaches.

Or they can do what Lillard did, decide to stay in one place and try to win a ring instead of bouncing from team to team and chasing one.

And with the NBA waiting to see how the latest big drama — Kevin Durant’s request to be traded out of Brooklyn — plays out, Lillard hopes others will jump off the spinning carousel.

“It shows there’s something out there to be committed and to have your heart in the right place and to have your mind in the right place,” Lillard said. “I hope it will have an impact on the players in the future seeing that it doesn’t have to be ‘Oh, the media say that’ or ‘Everyone tells me that’ and you let yourself influence to do what everyone is trying to convince you to do, because no one will have to live with those decisions like you will.

It’s also worth noting that Lillard, by staying put, maximized his earning potential. He came to Las Vegas and hit a jackpot last weekend: Lillard signed a two-year, $122 million extension with the Trail Blazers on Saturday, a deal that will keep him there until he’s under contract during the 2026-27 season.

By the end of this season, he will have been paid $452 million in his career.

“The superstars of our game today are different from my generation in the way they take charge of their careers,” Blazers coach Chauncey Billups said. “And what I mean by that is that there are a lot of superstars who will want to be somewhere and they will find a way to get where they want to go.”

Here is the complete list of current players with at least 10 years in the NBA who have never changed teams: Udonis Haslem of Miami, the Golden State trio of Stephen Curry, Klay Thompson and Draymond Green, Bradley Beal of Washington and Lillard. That’s it.

They do it their way.

Others choose a different path and move on when they think there is something better to be had.

Durant, if he is traded and does not return to Oklahoma City or Golden State, next season will play for a fourth different franchise. LeBron James played with three franchises, winning titles with Miami, Cleveland and the Los Angeles Lakers.

That said, not all the big names were filling out change of address cards this summer.

Zach LaVine returned to Chicago for more than $200 million over five years, a move that made a lot of sense considering the Bulls could offer him $56 million more than any other team. Beal was awarded a new $251 million contract with Washington. Two-time reigning MVP Nikola Jokic has signed an extension with Denver worth $270 million.

“We’re very focused on ensuring, through a salary cap system, that teams, in essence, have the same fair opportunity to compete,” NBA commissioner Adam Silver said. “And that’s something that we always look at as part of our system, something that we constantly talk about at the Players Association. And to me, that shouldn’t just be a concern shared by fans of the 30 teams. , but for all players in the league, the 450 players, probably want an equal chance of winning championships and making championship teams.

Lillard wants a ring. Everyone does it. It would just mean more to him to win one in Portland than anywhere else.

“What’s missing in our league is the character, the fight, the passion and the pride in not just the name on the back, but the name on the front and the impact you have on the people you’re with. get in touch,” Lillard said. “I think because of how much I embraced it, and didn’t pretend to embrace it, it just shows the power of it.”

Tim Reynolds is a national basketball writer for The Associated Press. Write to him at treynolds(at)ap.org