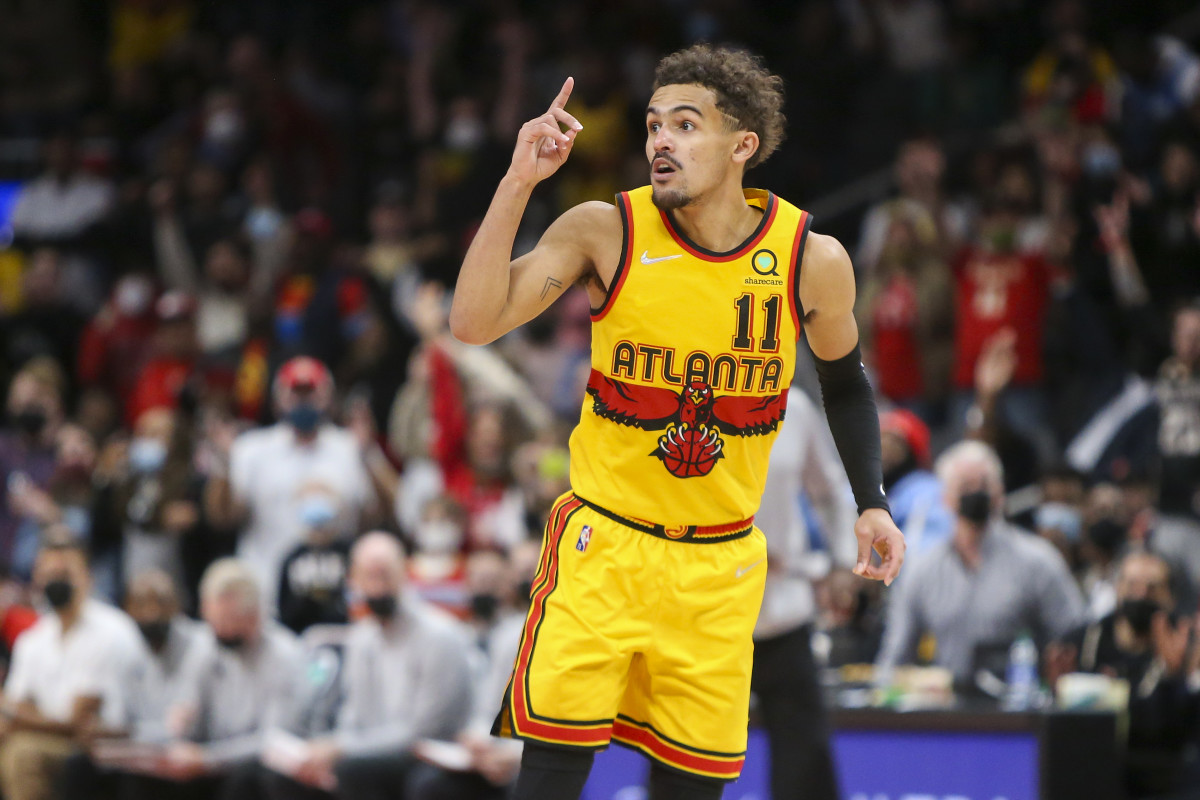 Complainant. flop. Filthy merchant. You’ve heard all the ridiculous takes thrown at Trae Young. Not only do I think Young heard them as well, but he’s also probably using it as fuel for the hot season he’s enjoying.

The Hawks point guard averages 26.3 points and 9.4 assists per game. No other NBA player makes it into the top five of the two categories. If you dig deeper, you’ll find that Young leads the NBA in points total (657), with the second closest player being Zach LaVine (647), and third place going to Steph Curry (637).

Not bad for a 23 year old. Especially a player who attracts strong criticism for his style of play. So much so that the NBA has nerfed his ability to reach the foul line. Last year, Young averaged 8.7 free throws per game. This year, Young is averaging 6 free throw attempts per game.

Anyone who puts their phone down long enough to look at a few Hawks basketball possessions will notice that Young has clearly made progress. Not only are his points up, but so are his shot percentages. His assists remain near the top of the league (second overall) and his turnovers are down slightly.

It’s no secret that critics have prayed over Young’s downfall for most of his professional career. It is very good. Casual fans tend to hate transcendent players in their careers, only to then shop for their retro jerseys on Mitchell & Ness.

What’s frustrating is seeing members of the media regurgitate the same bogus talking points that are circulating on social media, especially when some of those same people have a say in the winners of the league’s prestigious awards. .

Young’s critics will continue to use silly talking points and handpicked stats throughout the season. However, I expect the point guard to maintain his MVP level this season. “Another day, another opportunity.”