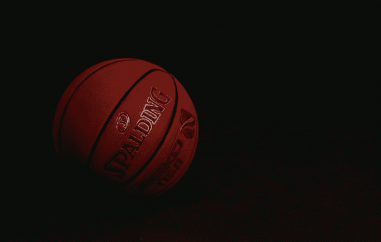 The frustration over the Olympic elimination quickly gave way to pride in the exploits of German basketball players. “It was a very special summer,” said national coach Henrik RÃ¶dl after the 70:94 (37:44) against the powerful Slovenes. The European champions with brilliant steer Luka Doncic were at least too big a number on Tuesday in Saitama, reaching an Olympic semi-final for a German side for the first time was never realistic. And yet, RÃ¶dl said after what could be his last game as head coach, “Everyone comes out of here with their heads held high and their chests wide.”

After all, qualifying for the Summer Games with the top twelve representatives of the world was in itself a huge success for the German Basketball Federation team. The first time since 2008, the first time since 1992 even in the round of 16. And this despite the fact that seasoned NBA pros like Dennis SchrÃ¶der, Daniel Theis and Maximilian Kleber were not available.

“I come home feeling that all the hard work was worth it,” said winger Danilo Barthel. “We have represented German basketball well.” Maodo Lo added: â€œWe can build on this to establish ourselves in Europe and also in the world. As a nation to be taken seriously.

Team DBB reached the top-eight round at the Olympics for the third time only in front of an empty crowd at the Saitama Super Arena. In 1984 in Los Angeles they were eliminated by the host USA, eight years later in Barcelona, â€‹â€‹the Commonwealth of Independent States was too strong.

In Japan, a preliminary round victory over Nigeria was enough to qualify for the medal battle as one of the top two third-placed teams in the group. The two medal-contending matches against Italy and Australia were lost. “Until today, we have always had a chance to win in matches and we presented ourselves well,” RÃ¶dl summed up.

Against Slovenia it was different: “He was an opponent that we couldn’t control here at the end.” Maodo Lo was the German team’s top scorer with eleven points, while Zoran Dragic (27) and Doncic (20) stood out on the other side.

The 22-year-old Dallas Mavericks player shone this time not as a ruthless scorer like in the Olympic opener, when he scored 48 points against Argentina, but above all as a smart team player. with eleven assists. “You can’t expect to silence someone like that,” RÃ¶dl said of what is currently perhaps the best player in the world.

Now, after four years in office, the head coach must also manage his own future, as his contract ends when he leaves. It has not yet been clarified whether he will be allowed to continue or whether there will be a change of personnel. “We’re going to sit down together, that’s what we agreed to,” said the 52-year-old, in office since 2017.

“If we can bring together all the talent that was lacking here in some cases, then maybe we can take it to the next level,” RÃ¶dl also said. Franz Wagner (19), who has just been drafted in the NBA, is only one of the candidates with the future prospects.

The current team will remain in Tokyo until Friday. The world federation Fiba foresees in case of Corona cases in other teams and they can no longer play. RÃ¶dl and Co. want to enjoy the days in Japan. Due to Corona’s strict rules, visits to other sports are not allowed, but: “I watch everything on TV. I have an interest in all directions,” said RÃ¶dl. It was “a dream come true that we reached the Olympics so unexpectedly,” he said: “We are very proud to have been here.”