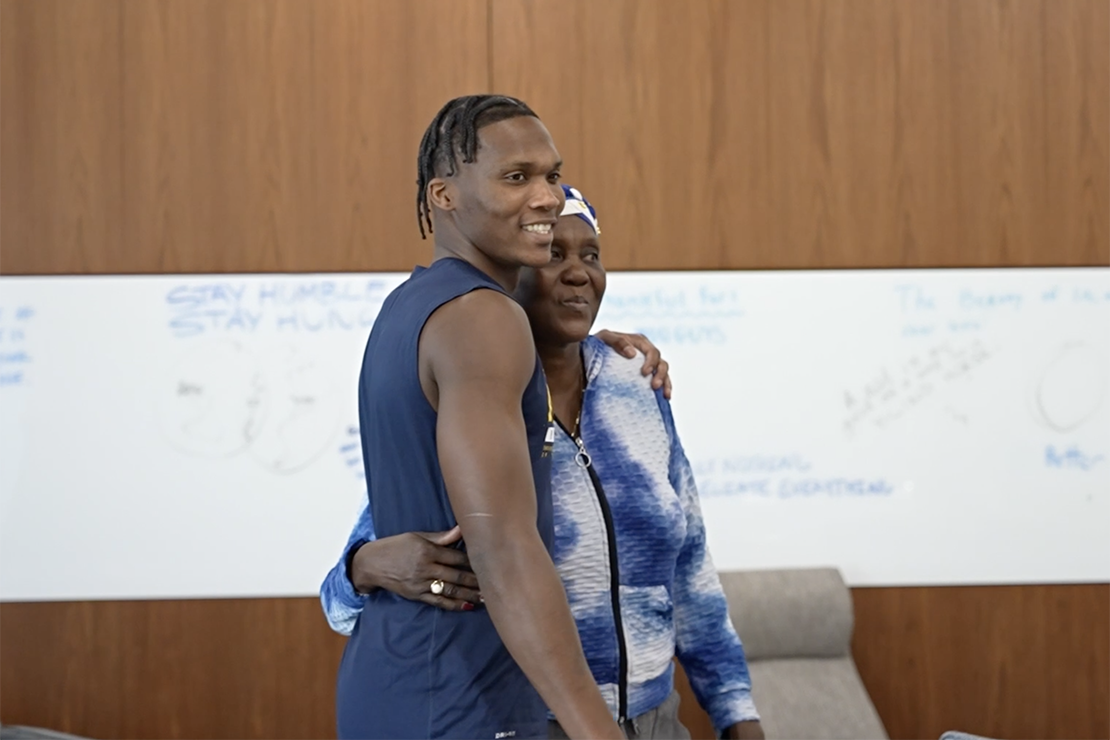 Pacers rookie guard Bennedict Mathurin made a memorable NBA debut Wednesday night at Gainbridge Fieldhouse. Two of his biggest fans – his mother, Elvie, and his sister, Jenn were among the 15,000 people in attendance for this game.

But Mathurin didn’t know that they had a special surprise in store for him. Earlier Wednesday, the two women snuck into the team kitchen to prepare a homemade Haitian meal for the 20-year-old.

Mathurin squealed with joy once he realized what it was, then hugged his mother and sister. It was particularly moving given the time Mathurin has spent away from his family. He left their Montreal home at age 16 to attend the NBA Global Academy in Mexico City, then spent two years at the University of Arizona before declaring himself for the NBA draft.

“It’s probably been four years since my mother cooked for me,” Mathurin said.

Carlisle and Mathurin’s teammates joined in the meal, which drew rave reviews across the board.

“It’s got some spiciness, but it was very good,” Carlisle said. “It was terrific and really elaborate…a lot of prep goes into a meal like this with all the seasoning, the marinade.”

You can watch the full video of Mathurin’s surprise below.