Boston may not be able to use Evan Fournier trade exception 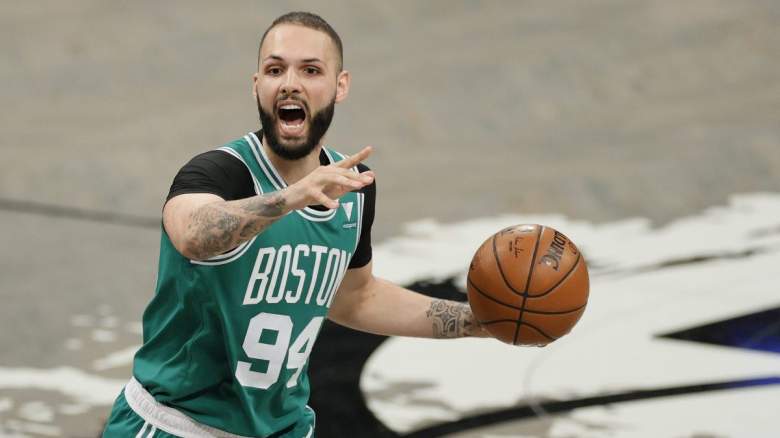 Evan Fournier #94 of the Boston Celtics.

When the Boston Celtics signed and traded Evan Fournier at the New York Knicks on August 17, 2021, they received nothing from New York other than cash considerations, creating a trade exception the size of the first year of Fournier’s new contract. According to Spotrac, the first year of Fournier’s contract totaled $17,142,857 that season. By creating such a significant exception, the Celtics were allowed to trade for a player paid for this amount or less before August 17, 2022.

However, how much of this exception they could use depended on their salary cap. An Eastern Conference executive recently told Heavy that due to Boston’s salary cap situation this summer, they won’t be able to use this full exception unless they sever ties with one of their big guys. contracts like Al Horford.

“They can’t use the Fournier TPE unless they create space, really,” the executive said. “They’re going to be above the tax and just around the tax apron and that’s basically a hard cap for them. So they have $17 million to use on this TPE, but really, they can only use what they have under the apron. They can go further under the apron if they waive Horford, but I don’t think anyone sees that happening now. It’s a big chip and I think they were planning on using it until they started playing that way. I would say they have pretty much given up using it.

Horford has been invaluable for the Celtics in these playoffs. In the 15 games he played in the 2022 NBA Playoffs, Horford is averaging 12.9 points, 9.3 rebounds, 3.4 assists and 1.7 blocks. Those averages might not even tell the whole story of Horford’s quality for Boston in the playoffs, considering the players Boston assigned Al to cover, like Giannis Antetokoumnpo.

Dropping him to use this exception to the fullest would seem foolish considering there probably isn’t a player paid $17 million or less (who isn’t on a rookie contract) who could provide more value on the ground for Boston than Horford it is available for acquisition.

When Horford originally agreed to his four-year contract with the Philadelphia 76ers in 2019, the final year of his contract came with certain clauses.

According to SpotracHorford’s salary in the final year of his contract depends on how well the team he plays for performs in the first three years of the contract.

Horford is currently in the third of those three years. Even if the Celtics don’t make the 2022 NBA Finals, it’s hard to see a scenario where Boston wouldn’t fully guarantee Horford’s contract this upcoming offseason knowing how well he’s played for them this season.

It seems unlikely that the Celtics will use trade exception Evan Fournier with full knowledge of their salary cap situation. However, Boston still has several trade exceptions that they could fully utilize without having to move pieces or move smaller pieces.

According to Spotracthe Celtics currently have the following trade exceptions in addition to Evan Fournier’s for use beginning May 26, 2022.

Thompson’s trade exception originally stood at $9,720,900 in total when they traded him to the Sacramento Kings last summer. When the Celtics bought Daniel Theis from the Houston Rockets on Feb. 10, 2022, Adam Himmelsbach reported that Theis was absorbed by the exception of Thompson, meaning Schroder, Freedom and Fernando were traded to Houston under a separate deal. So Boston then created several business exceptions out of these three.

Those exceptions aren’t as big as Fournier’s, but they’re assets the Celtics could use this summer to add to their rotation.