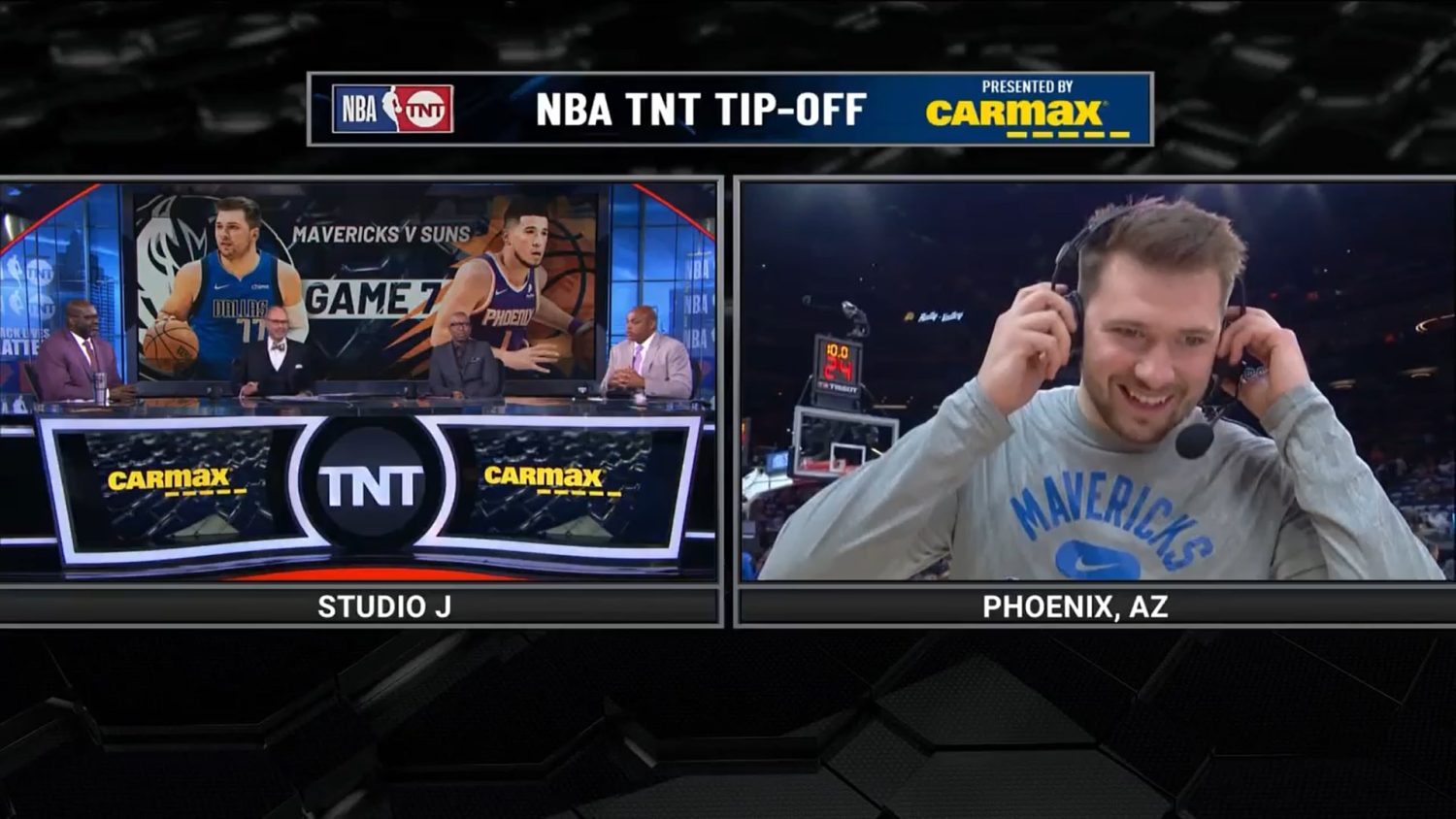 13 minutes before the Suns and Mavericks announced their NBA Playoff Game 7 on Sunday night, Dallas star Luka Dončić stood on the court and donned a helmet for an interview with Turner’s Inside the NBA.

It was 60 seemingly innocuous seconds that were cut out for one of the league’s biggest TV partners. But once that was over, TNT analysts Charles Barkley and Shaquille O’Neal ripped off the idea of ​​a player conducting an interview so close to an important game.

“Yeah, I was just going to say that. I agree,” O’Neal added, imagining a scenario where the Mavericks lose and Dončić blames it on the lack of focus after “talking to the guys on TNT.”

O’Neal and Barkley absolutely hated the idea of ​​giving a 60-second interview just 13 minutes before an important game. Meanwhile, ESPN has MLB players on the field for interviews during the game. Professional athletes of past generations might scoff at modern media obligations, but satisfying television partners is part of why player salaries continue to skyrocket.

“Hey, he could have easily said ‘No, I don’t want to do that'” Inside the NBA host Ernie Johnson said of Dončić, clarifying that the Mavericks superstar was not forced into the interview by a television contract.

Dončić proved his ability to adapt to situations that even Hall of Famers like Shaq and Barkley couldn’t imagine finding themselves in, scoring a game-high 35 points (27 in the first half) and leading the Mavericks to a 123-90 win in Game 7 on the Phoenix Suns despite the intense 60-second interview. And Dončić didn’t just help the Mavericks win, they embarrassed the Suns, who had one of the worst single-game performances by a seed in NBA playoff history.