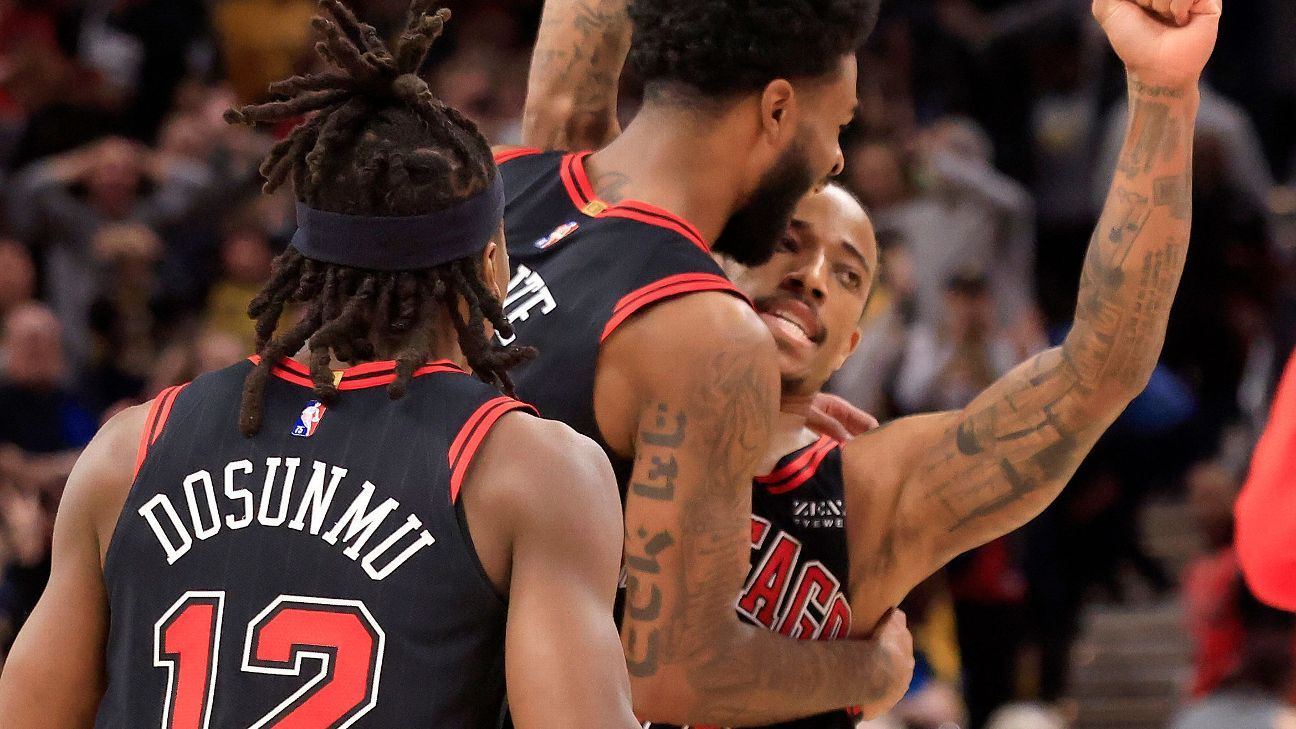 After Chicago Bulls star DeMar DeRozan knocked down a 3-point buzzer, one-leg lift to lead the Bulls to a 108-106 victory over the Indiana Pacers on Friday afternoon, he was standing several steps behind the 3 point line and raised both arms in the air.

As his teammates charged towards him on the pitch in celebration, DeRozan felt only one emotion: relief.

“To get that shot into play, we fought the entire fourth quarter, feeling like nothing was going our way on either side,” said DeRozan after notching the Bulls’ sixth straight victory. “We couldn’t get a rebound. We couldn’t start offensively. I felt like we were beaten here and there. So it was a big relief for me.”

After Coby White dove to the ground for a rebound on defense, DeRozan received the ball to dribble the pitch with about nine seconds left. Bulls interim head coach Chris Fleming said he was considering using a time-out, but saw DeRozan had some room to operate. DeRozan met Zach LaVine’s eyes, got a screen from Nikola Vucevic and said he considered passing the ball before looking up and noticing that there were only a few seconds left.

â€œThe moment I looked at the clock, I said, ‘Okay, I have to shake things up,’â€ DeRozan said. “I just tried to have enough space, lift him up, finish him and as soon as he left my hand it felt good.”

It was only the second winning buzzer-beater of DeRozan’s career, and his first since January 2013, according to research by ESPN Stats & Information. No Bulls player had touched a winning basket on the buzzer since Jimmy Butler in December 2016.

DeRozan, who finished with 28 points, was the league’s most prolific final scorer this season. He leads the NBA in total points and points per game in the fourth quarter. He has been the Bulls’ right-hand man in clutch moments this season, but hadn’t had the chance to score a victory like this in his debut season in Chicago.

It wasn’t until Friday, when DeRozan led the Bulls to victory with what LaVine called a â€œNew Year’s Heaveâ€ on Twitter after the game.

â€œI firmly believe in it, as long as I have the time I have a chance,â€ DeRozan said. â€œI always put this approach into a game. Understanding everything won’t be perfectâ€¦ sometimes the nights will be rough, and you have to understand, as long as there is time on this clock, you can find something to do about it. get a win, that’s what we did tonight.

The Bulls’ six-game winning streak is their longest since December 2017. Their 23-10 record matches the Brooklyn Nets for best in the Eastern Conference, but they lead the standings because they own the breakout. equality.

The Bulls managed to continue their winning streak despite a team-wide COVID-19 outbreak in December. They had up to 10 players absent at one point in the month, resulting in the postponement of the first two games of the NBA season. Currently, Lonzo Ball and head coach Billy Donovan are still left out of health and safety protocols, and Alex Caruso has injured his foot.

â€œWe’ve been battling the COVID protocols, with our coach, our players, since the last time it was two months,â€ DeRozan said. â€œSo that the team can hold on, hold on like we do and finish the year at the top of our conference, that says a lot about the type of team we are. And the kind of team we can be when we’re back at full strength. “