Could the ABC solve situations like KD and the Nets? What a new deal could mean for the NBA and its players 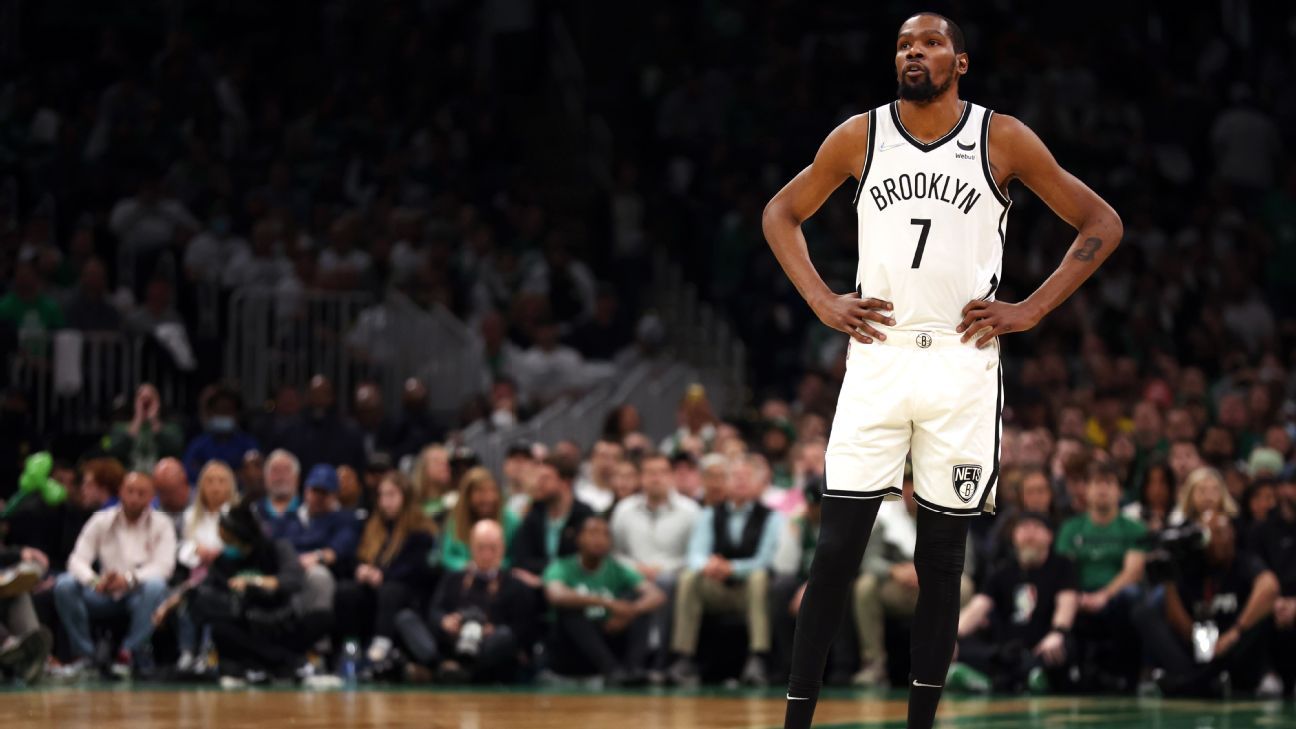 The NBA and the National Basketball Players Association have until Dec. 15 to decide whether to opt out of the current collective bargaining agreement. If either party chooses to do so, the current agreement, which went into effect in July 2017, will expire on June 30, 2023, creating the possibility of an NBA lockout.

But while there’s little to no chance of a lockout happening – the relationship between the two parties is arguably stronger than ever – ESPN NBA insiders Tim Bontemps, Bobby Marks and Kevin Pelton are discussing something something that could become a big part of the upcoming CBA Negotiations: Player Movement, especially following high-profile situations involving Ben Simmons, James Harden and Kevin Durant.

Good time : As we continue to monitor the Durant saga, are there any solutions – via the collective bargaining agreement – ​​to the NBA’s growing problem of star players demanding trades despite being under contract for several seasons.

We saw Simmons throw Philadelphia’s season into chaos, and probably cost himself eight figures in money, by deciding not to show up last season. We eventually saw him traded to Brooklyn for Harden, who showed up without exactly showing up for his final games as the Net, making it clear he wanted to play somewhere else too.

This offseason, we saw Durant request a trade before his four-year contract extension worth nearly $200 million even began.

As a result, it’s something that’s become a huge talking point in NBA circles, especially because it’s now involved three different All-Stars in big markets. But, I’ll throw this question out there:

Can a new CBA solve all of this, or is that just life in the modern NBA?

Brands: It is important to differentiate player empowerment into two different categories. There are circumstances where a player asks to be traded and ends up standing when not dealt. We saw this last offseason when, despite having four seasons left on his contract, Simmons held off in training camp.

Philadelphia ultimately fined Simmons $50,000 for each missed practice and an additional $360,305 for each missed game. Simmons then filed a grievance to recover the $19 million he lost in fines, which was recently settled with the 76ers, sources told ESPN’s Adrian Wojnarowski.

At the time, NBA commissioner Adam Silver called Simmons’ situation “one-time” and should not be viewed as a trend, as it was unprecedented for a contracted player to fail to show up at the work.

The second and most common situation is when a contracted player asks to be traded, shows up for work, and is eventually dealt. It’s nothing new, and you can go all the way back to the late 1990s when Stephon Marbury asked for and was eventually traded from the Minnesota Timberwolves to the New Jersey Nets.

The Timberwolves picked up several draft picks and players for Marbury. I don’t have a problem when a player under contract asks to be traded, since the front office could trade him without his approval.

A good example is Donovan Mitchell, who signed a rookie extension in the 2020 offseason with the belief that the Utah Jazz would compete in the Western Conference. The Jazz clearly gave up the white flag by trading Rudy Gobert to Minnesota, and Mitchell is within his rights to request a trade now.

The unknown with Durant is whether he will show up for training camp. If he holds up, what more can the NBA do in the next CBA besides imposing hefty fines?

Brooklyn could try to void his contract for failure to perform, but Durant would then instantly become a free agent and the Nets would lose his services for nothing in return.

Pelton: The first thing the NBA should consider is avoiding a solution that is worse than the problem.