Dates, news and locations for the 32 teams 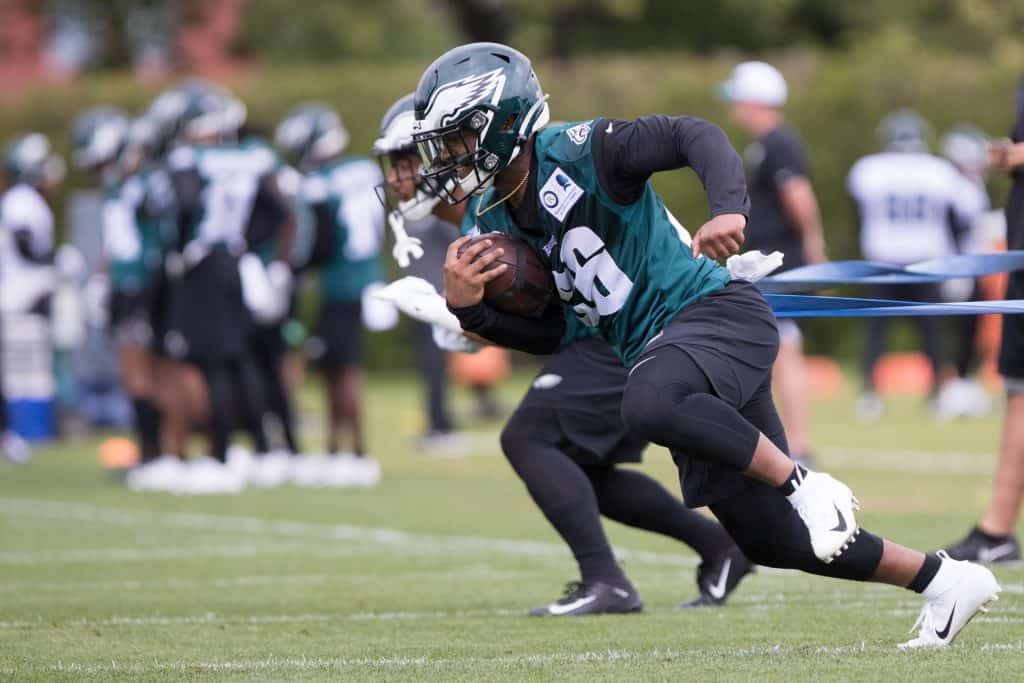 The 2022 NFL Draft is in the books, and now newly drafted players can start working with their new coaches. With rookie minicamps starting immediately after the draft, let’s take a look at the latest news, when and where NFL franchises are hosting their rookie minicamps.

It may be the NFL’s offseason, but that doesn’t mean things are stopping for the league’s players and coaches. To stay up to date, be sure to check out the OTA schedule in 2022.

When are the 2022 NFL Rookie Minicamps?

The dates for the 2022 NFL Rookie Minicamps are May 6-9 or May 13-15. Each NFL team can choose one of these weeks to host their rookie minicamps.

Who will attend NFL rookie minicamps?

The main goal of rookie minicamps is to round up newly drafted players and integrate them into their new team’s system. The majority of these rookies were either drafted in the 2022 NFL Draft or signed as undrafted free agents (UDFA).

However, in addition to drafted and UDFA players, there are also “trial” players. Some of them are other UDFAs that the team didn’t immediately sign but wanted to get into their rookie minicamp and see how they fit in. There are also veterans vying for a chance to make the roster as well. In recent years, the number of “trial” players has been severely limited due to COVID-19.

Where are the 2022 rookie minicamps taking place?

NFL teams usually stay pretty relaxed for their rookie minicamps. As these events usually take place over a few days, they will often take place at one of the team’s facilities. This contrasts with the full training camp, where some teams will bring their team away from their facilities in order to train at an external site.

What to expect from minicamps?

Rookie minicamps can often fly under the radar of fanbases. However, these are valuable opportunities for coaches to work with new players and see if they could compete to contribute immediately. Those camps were canceled in 2020, and Buccaneers head coach Bruce Arians estimated those rookies lost about 400 reps. This reduced the opportunity for these young players to earn roster spots or playing time.

The return of “trial” players adds to the level of value. Now teams can see how their young players stack up against select free agent options available on the open market. This can help them decide where these recruits are in their progression. It could also allow a team to unearth a quality player who has slipped through the nets.

Rookie minicamps bring a mix of classroom and field work

What makes rookie minicamps so valuable is that players can gain meaningful insight into the team they were drafted by. It often starts in the classroom, where rookies can watch a movie and learn crucial things from the team’s coaching staff. The class element can be reproduced in virtual sessions. Yet, as anyone who has experienced working/learning from home in the past 12 months can attest, the experience of in-person education is hard to replace.

After the rookies finish the movie sessions, they head out to the field. Outside, the technical staff put them to the test. Practices on the pitch are an opportunity for a player to show what these coaches have seen on film.

It’s also a chance to start dispelling all the negatives that surrounded them going into the draft. For example, a great way to prove that you have no problem with falls is to catch every pass thrown in front of your coaches.

Rookie minicamps are voluntary. Players can choose not to attend, but it is rare to see a young player jump. Even injured players often show up at their minicamp for at least the classroom sessions.

There are pros and cons of rookie minicamps for players. For those looking to earn spots on the roster, they can leave a first impression in the minds of their coaches. For UDFAs and “trial” players, the potential opportunity to make an impact and earn a spot on the roster is invaluable.

However, for drafted players, there are arguably more risks than rewards. A bad day for a Day 1 or 2 selection will not be the end of their time with the team. However, that may leave them on their toes heading into the next leg of the offseason. Meanwhile, any good impression they leave could be fleeting. Ultimately, to earn a roster spot or a starting role, how rookies fare against veterans already on the team will be telling.

Of course, a good performance cannot be overstated. Russell Wilson’s rise to be a Week 1 rookie starter for the Seahawks began with a strong rookie minicamp performance. However, uplifting stories like this are often outweighed by stories of players whose careers were nearly over before they started due to struggles at these rookie minicamps.

For Day 3, UDFA, and “trial” players, the stakes are higher. Teams have invested little in terms of guaranteed capital in these players, and if they struggle, they may find themselves forced to go and fight for a place elsewhere in the league.

This article contains affiliate links. PFN may receive a commission.