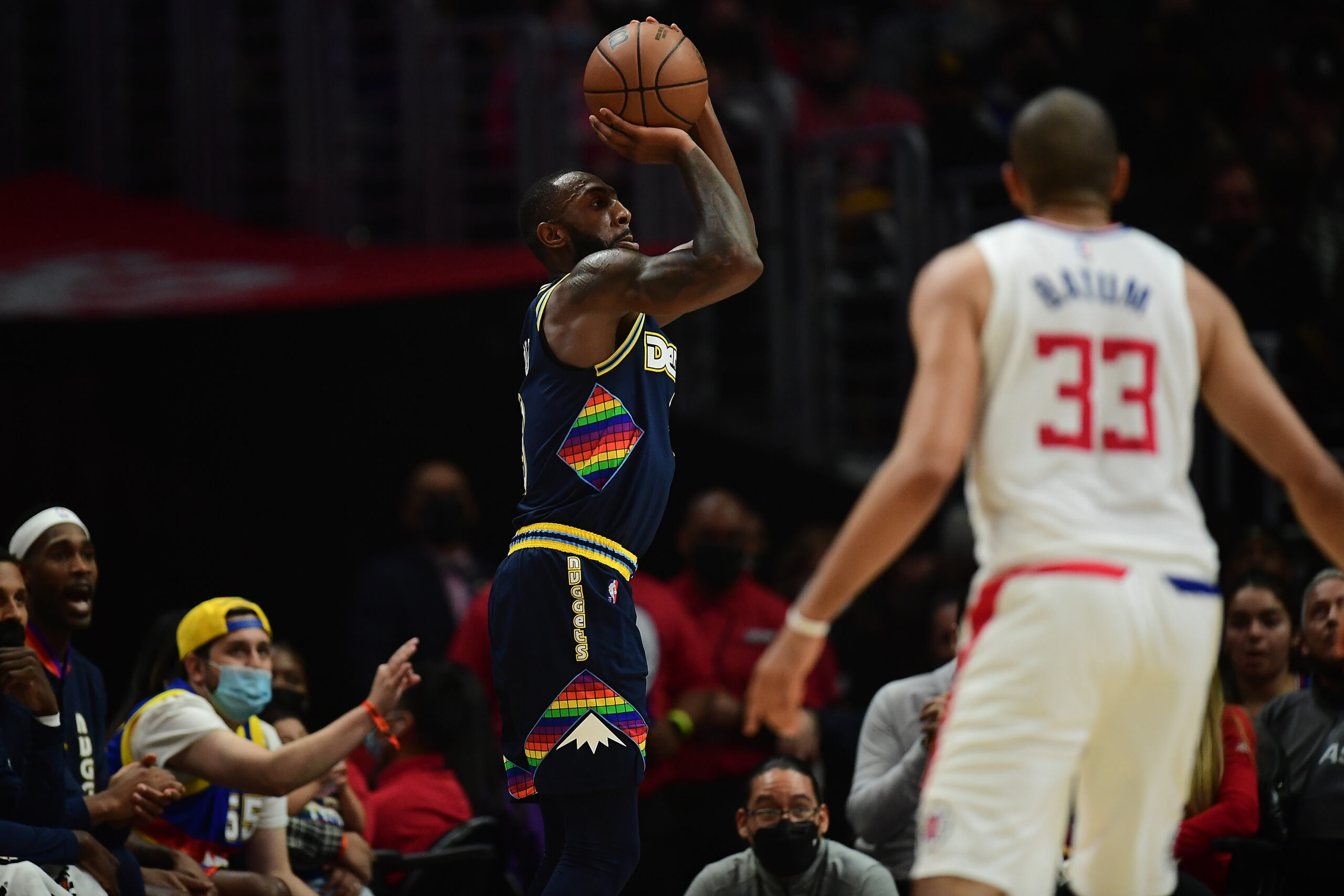 Once again, Tim Connelly – the president of basketball operations for the Denver Nuggets – found another versatile and impactful wing seemingly out of nowhere in Davon Reed, who proved he belonged to the NBA during his short stint. in Denver.

The Nuggets have been without Jamal Murray all year, but have also added Michael Porter Jr. and PJ Dozier to their injury records over time. Porter has no deadline for his return from lumbar spine surgery and could miss the remainder of the season. Dozier tore up his ACL and will miss the rest of this season as well as part of next season.

In addition to Dozier and Porter, the Nuggets have a plethora of other injuries on the roster. Aaron Gordon missed two games after suffering pain in his left hamstrings. Monte Morris was added to the injury report ahead of Denver’s road victory over the Golden State Warriors with left knee pain and missed the game. Markus Howard will be out for the foreseeable future with left knee strain as well. And all of those injuries came after Denver dealt with the missed games of Bones Hyland, Zeke Nnaji, JaMychal Green and even Nikola Jokic.

With so many injuries, the Nuggets desperately needed a versatile wing that could not only soak up minutes, but give them something they have been sorely lacking since the injury bug hit; defense.

They found this player in Reed.

“For a young man on his second 10-day contract with us, he looks like he has a place,” Malone reiterated. “I’ve said it since the Summer League; Davon Reed is an NBA player.

So far this season, Reed is averaging a modest five points, 3.4 rebounds, 1.3 assists and 1.2 steals in just over 17 minutes per game, but that doesn’t begin to quantify the impact it provides when on the ground. Reed’s defense in the last minute of the settlement secured Denver’s Los Angeles victory over the Clippers and he showed an ability to defend both guards and wings at a high level. His engine seems eternal, his decision making is fantastic and he knows how to support his teammates off the ball. In addition to his defensive prowess, Reed shoots 7 of 16 for 3 points, which equals 43.8% while contributing 11 assists and 11 steals against just three turnovers in addition to keeping the ball moving in attack.

It’s hard to hope for anything else from him at this point. Reed has fulfilled the role given to him better than expected so far.

If you ask Reed himself, the catalyst for his rise to the Nuggets was the trust placed in him by Malone, who consistently sang Reed’s praises whether or not he was motivated by questions about Reed.

“It has been transformative for my career,” Reed said, reflecting on the impact Malone has had on his basketball career and the opportunities he has had and continues to receive.

Which is why, according to Reed, it was Malone who pushed him and his agent to enter training camp with the Nuggets and bide their time with Denver’s new G-League team – the Grand Rapids Gold – hoping to finally find a place for it. on the Nuggets list.

“Coach Malone was really the one that pushed me and my agent to come to camp and be part of Grand Rapids Gold first, then wait my turn and be ready to play for the Nuggets.” , explained Reed. “He has had enormous confidence in me since I met him and I haven’t known him for a long time so for him to believe in me and see my game as a suitable piece for this team and this organization has been great and changed his career. “

Malone believes in the defensive versatility and energy that Reed provides, which is why in Reed’s nine games with the Nuggets he has started in two of them and is playing 17.1 minutes per game.

Reed isn’t just a player who is thrown into the game to take up space. Denver is counting on Reed to give them a defensive boost while also finding moments to impact the game on offense. He has a real role in a Nuggets team that has deep playoff aspirations.

“I’m grateful to Coach Malone, the staff and the organization for believing in me and even having me in these situations,” said Reed. “Like I said the job has been done and I’m just ready to deliver and like I said whatever I can do for my team to help us win – promote the win – I’m all for . “

This confidence received from Malone paid off immediately. Suddenly, confidence has become one of Malone’s favorite attributes that Reed possesses and he believes that’s the key to unlocking the rest of his game.

“I just like Davon Reed’s confidence,” Malone explained. “He looks very, very comfortable and confident there and I think that’s the key.

“You have to believe that you belong and he certainly does.”

So far, there is no reason to believe that Malone missed his mark with this comment.

“I’ve had ups and downs in my career and people have abandoned me. I had early injuries, ”Reed said. “So to have Coach Malone believe in me and keep saying it; I hope we can start to put everyone on the same page to believe it too because I believe in it, he believes in it and I believe the Nuggets believe it too.

The final step for Reed is to convince the Nuggets organization that it’s worth believing in, but that goal might be a bit more myopic than he thinks. The 10-day injury exception that Reed was signed for expired after Denver’s win over the Warriors, but according to Mike Singer’s report from the Denver Post, the Nuggets are considering several ways to keep Reed in a Nuggets uniform.

Now, the difficulty is to find a way to keep Reed with the Nuggets, but there are several paths to be covered in order to achieve this goal.

Denver may get Reed to sign another 10-day personal injury exemption, but that would continue to push them closer and closer to the luxury tax, which is a factor. Denver wants to avoid the repeat tax for as long as it can and, with the cost of their roster next season and beyond, avoiding the tax this season seems like a priority.

If Denver wanted an alternate route, they could look to cut one of Markus Howard or Petr Cornelie in order to open up one of the two-way contract slots. With Howard with a sprained knee for the foreseeable future, it seems likely he would risk being the cut player if that’s the route the Nuggets have chosen to take.

Finally, the Nuggets could remove someone from the 15-player roster to free up a full-time spot. While possible, this outcome seems the most unlikely as it would require cutting a player, say Bol Bol, without any compensation while pushing the team’s total salary dangerously close to the luxury tax.

Put simply, the Nuggets already believe in Reed, regardless of which route they take to keep him in Mile High City.

But none of that is on Reed’s mind. He knows he will earn his place in the NBA by playing basketball at a high level and that is all he is focusing on. He will approach each match in the same way with the same priority.

“To be honest, I never think about the 10 day contract. It’s never something I think about, ”Reed explained. “I’m here to play basketball with my team for as long as I’m here. When I’m there I’m locked in and focused on the game plan and just want to win. Anything I can do to promote victory, I am all for it.