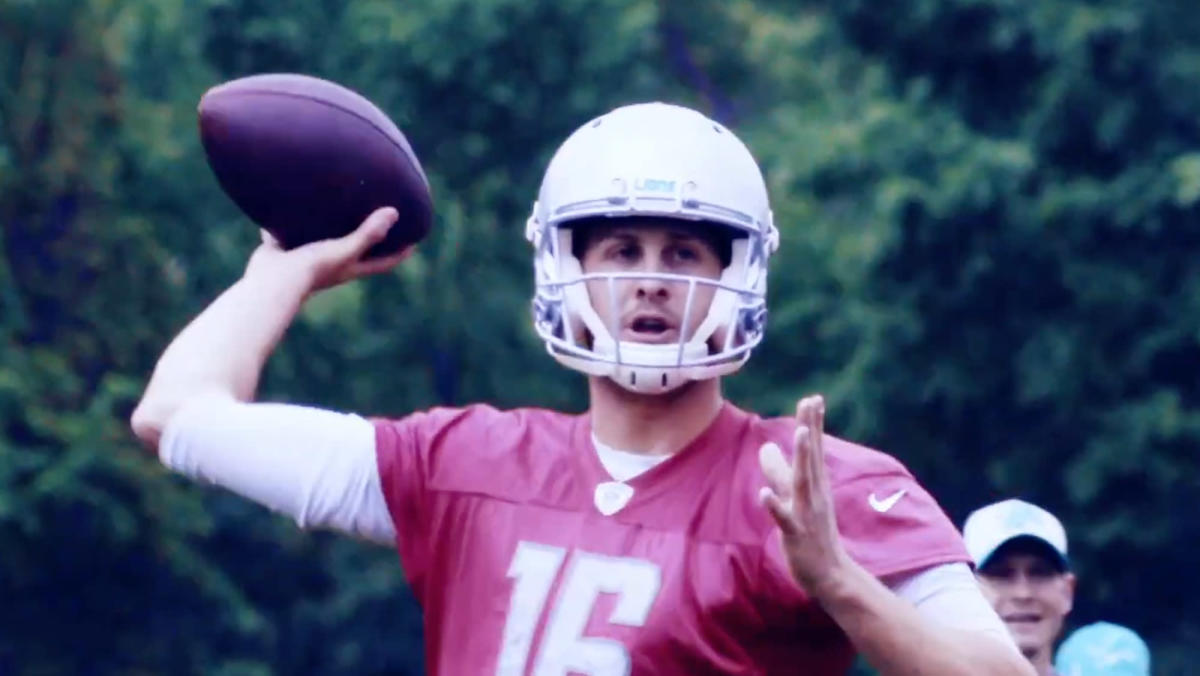 Jared Goff is entering his second year as the starting quarterback for the Detroit Lions and it will all be documented on the HBO series Hard knocks: Training camp with the Detroit Lions. The HBO Sports and NFL Films documentary will premiere its 17th season starting Tuesday, August 9 at 10 p.m. ET on HBO and streaming on HBO Max. A trailer for the five-episode season has been released featuring the iconic theme song as head coach Dan Campbell’s voice is heard.

“Now is the time to focus, to keep growing and developing…we have to apply the pressure,” Campbell said during a press conference featured on the reality series. “From this time last year, we’re on a higher level. These guys can really compete, they’re smart, they’re relentless – these guys will be a terror in the league.

Film crews have been invited to the Lions’ training camp in Allen Park, Michigan, where they are expected to film more than 1,750 hours for the season which ends September 6, two days before the start of the season. NFL football with a game between the Super Bowl LVI champions, the Los Angeles Rams, against the Buffalo Bills.

Liev Schreiber will return as narrator as the Lions prepare to prove themselves once again. The Detroit-based team found themselves at the bottom of their division and the National Football Conference in the 2021 NFL season.

“We are thrilled at the opportunity to showcase the city of Detroit and the incredible culture we are building at the Lions,” Rod Wood, president and CEO of the Detroit Lions team, said at the announcement of the show in March 2022. “HBO Sports and NFL Films are the best of the best and we know they will be great partners in sharing our story with football fans around the world.

Watch the trailer for the new season of hard knocks!