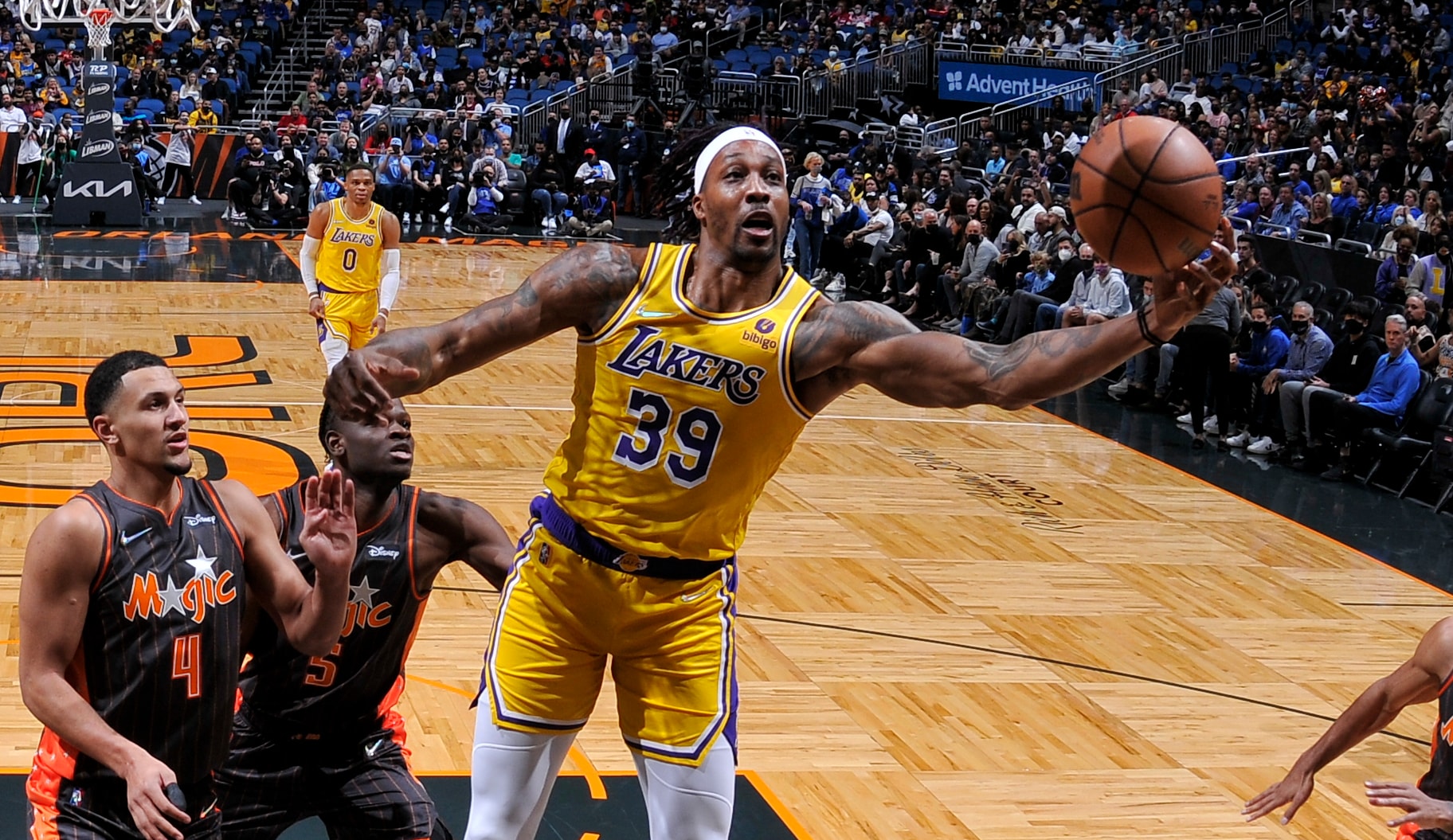 Dwight Howard grabs the rebound in the game against the Orlando Magic on January 21, 2022.

The most decorated rebounders in NBA history welcomed a new member Friday night. With his first rebound against the Orlando Magic – the team that drafted him No. 1 overall in 2004 – Dwight Howard passed Nate Thurmond for 10th place among the league’s all-time best rebounders. He trails ninth-placed Kevin Garnett by less than 200 boards.

Howard accomplished the feat in his 18th season, propelled by the dominance he achieved early in his career after entering the league as early as high school. The 6-foot-10 tall man boasts five rebounding titles in addition to eight All-Star honors, eight All-NBA selections, five All-Defensive nods, three Defensive Player of the Year awards and two blocks titles. .

With his first rebound of the game, Dwight Howard sits alone at 10th on the NBA’s all-time rebounding list. Congratulations, DH 👏 pic.twitter.com/xcaij4Mejw

Howard, 36, enjoyed most of those accolades as a young superstar in Orlando, a streak that included a trip to the 2009 Finals against the same Lakers franchise he currently plays with, and with which he won a championship in 2020.

Los Angeles hopes Howard can provide a similar spark now, starting him for the 10th time this season as the team looks to stabilize what has been an inconsistent season. The Lakers entered Friday night with a 22-23 record, good for eighth place in the Western Conference.