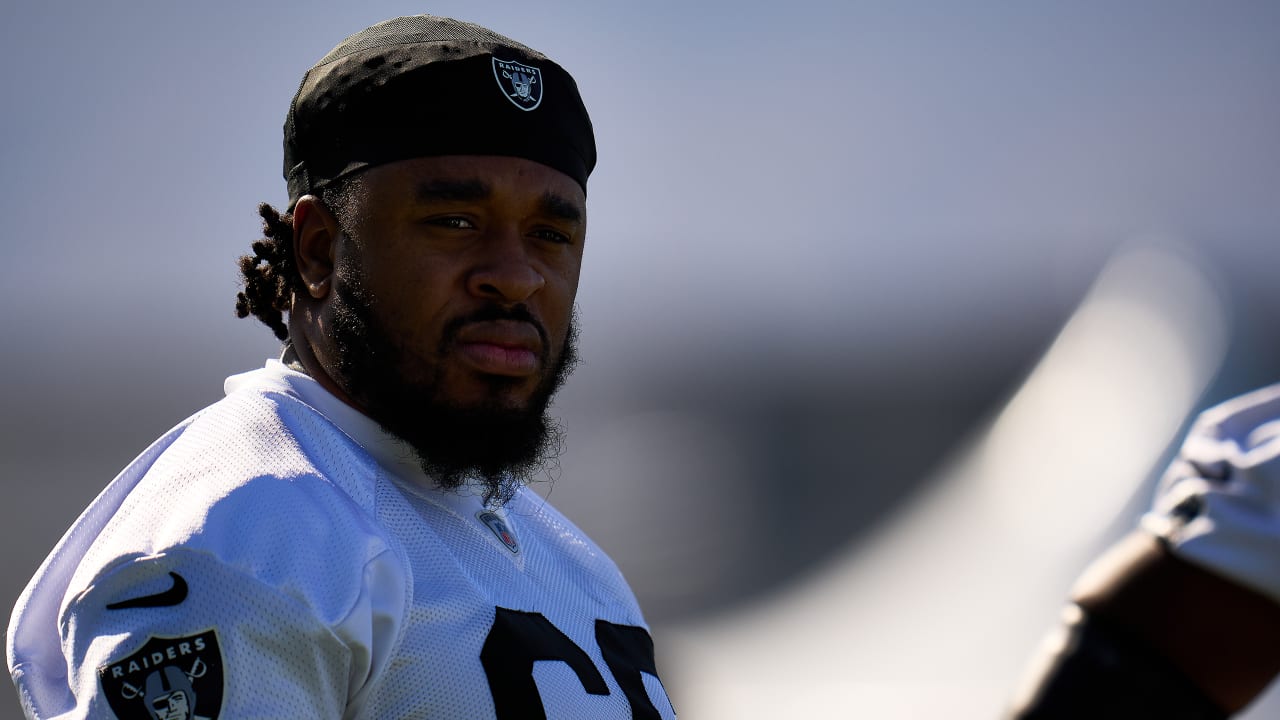 Dylan Parham has had to trust the process since arriving in Las Vegas.

The Memphis offensive linemen were the Raiders’ highest draft pick in 2022, after trading their first- and second-round picks for Davante Adams. Parham has done a lot to wow NFL scouts in the draft process – considering he only allowed one sack in his final two seasons in college and ran a 4.93 dash 40 yards at the NFL Combine.

Despite the success he had in college, he is now in a different ballpark. However, he didn’t let the transition to the pros overwhelm him.

“I would say the NFL, of course, is just faster than what you’re used to,” Parham said Thursday during his first news conference since being drafted. “Taking the next jump, just being able to see things a little faster, being able to break and get the ball out faster is something really important.

“They always tell you, ‘It’s going to go faster, you won’t be able to see things’ or ‘Some people are going to have a hard time. “It’s just really getting into that and realizing that you just need to study a little bit more so you can see it and that will slow down the game for you.”

Josh McDaniels’ vision for the offensive line is to be as flexible as possible, stacked with players who can play multiple positions. This vision must have been a big reason to take Parham in the third round. Parham has seen snaps across the line from OTAs, which he said he’s been used to since college.

“I think the University of Memphis really helped me on that just because I played so many positions back then,” Parham said. “I had to know everything about the offensive line. I went from guard, guard, a bit of a center and a tackle. It really prepared me for this next level.”