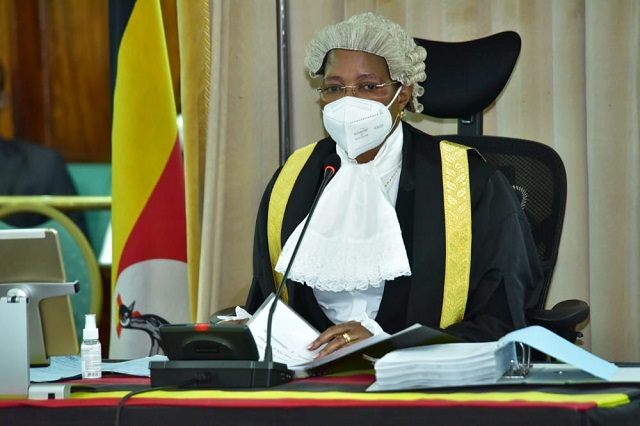 Kampala, Uganda | THE INDEPENDENT | Sports federations and associations have welcomed Parliament’s decision to investigate the activities of the National Sports Council (CNS). It comes two days after Speaker of Parliament Anita Among appointed a seven-member select committee chaired by Laura Kanushu, National MP for Women with Disabilities, to investigate NCS affairs.

The House approved a motion calling for a special committee to investigate the activities of the @NCSUganda1 and related funding across the sport sector.
“We won’t add money to you until you sort out the governance issues at the secretariat,” the president said. @AnitahAmong pic.twitter.com/b3EIrufx1W

The other members are Bukooli Central MP Solomon Silwany, Bukomansimbi South MP Geoffrey Kayemba Solo and Bunya South MP Isabirye Iddi among others. The speaker took the decision after Bugiri Municipality MP Asuman Basalirwa said at home that he had received reports that many sports federations had not received any funding this financial year despite activities underway that required government facilitation.

In her presentation to the House, the Minister of State for Privatization, Evelyn Anite, noted that the Ministry of Finance had so far released 6.3 billion shillings out of the 47.6 billion shillings allocated to the sub- sports sector this exercise. His report sparked a heated debate given that Basalirwa had said that the Federations had not received funding. As a result, the speaker decided to investigate the criteria followed by NCS to release funds for different sports federations and associations.

Some Federations applauded the parliament’s decision, noting that they have long questioned the inconsistencies of the NCS without any response. Moses Muhangi, president of the Uganda Boxing Federation, said that while parliament agreed to set aside the particular amount of money for each federation, the NCS did the opposite.

When asked if the UBF had received any funds this fiscal year, Muhangi said boxing had not received any play to his knowledge. “Until today we have not received any money from the NCS for two quarters and there is no explanation. When you start talking about the Council, say what Parliament has done, we don’t disagree with that,” he said.

Robert Jaggwe, President of the Uganda Table Tennis Association – UTTA, said that although there have been several attempts by the federations to engage the NCS on this issue, they did not yield results and the intervention of parliament is a big step forward.

They ditched it in favor of their own favorite sports fund spending. The real issue here is that as National Federations we have been advocating with the NCS since 2018 to finalize the sports funding guidelines for Uganda to have a fair distribution of these funds,” Jaggwe revealed to the ‘URN.

“For whatever reason, the process of finalizing these guidelines was unduly delayed and remains incomplete to this day. We also unsuccessfully pleaded with NCS to openly disclose to us the formula they use to distribute our funds.

“This information remains secretly kept like the nuclear launch codes of certain countries. Some of us believe this is intentional by certain people to ensure that they continue to control our sports funds and spend them at their discretion,” he added.

The sub-sector received no funding in the first quarter and only received 2.3 billion shillings in the second quarter. However, the ministry released an additional 4 billion shillings following a meeting of NSC officials, sports federation presidents and Deputy Treasury Secretary Patrick Ochailap in October this year.

However, it is alleged that none of the federations have received funding so far. In October, FUFA President Moses Magogo revealed that the Federation had been forced to withdraw the national under-23 team from Olympic qualifying due to lack of funds to facilitate the team. It is important to note that the budget increase coincided with the allocation of funds to specific federations by Parliament.

The National Sports Council (NCS) is established, under the NCS Act 1964, among others; to develop, promote and monitor sports activities in Uganda on behalf of the government, under the supervision of the Ministry of Education and Sports. The Council coordinates all sports activities in the country, in collaboration with national sports associations/federations.