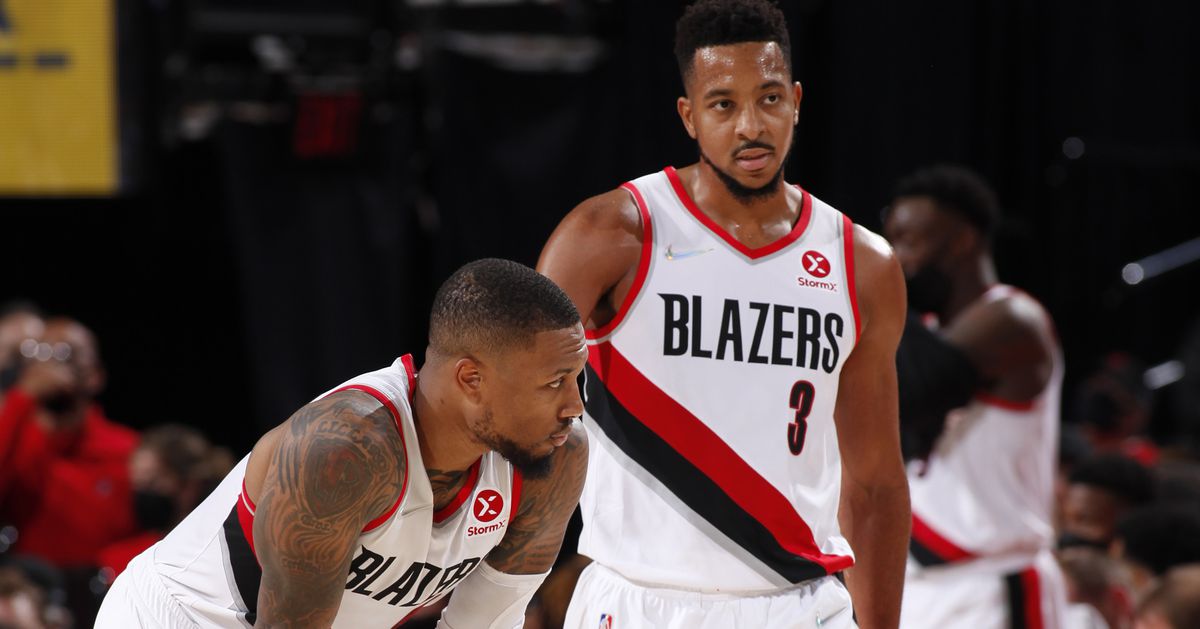 The Portland Trail Blazers are just a few days and a game into the 2021-22 NBA season and questions about that. A loss for the Kings of Sacramento on opening night, Blazers fans were in a bad mood. Suggestions for exchanges based on savings rather than improving the team raised the temperature under the beaker. Fortunately, the Blazer’s Edge Mailbag is understood to answer both.

I’ve read that the Blazers are going to try to get below the luxury tax by removing a player. I didn’t think it was working. Is it true? And would they really get rid of a guy like Anthony Simons or would he be one of their older, more expensive players? What do you think will happen to us if we lose more talented players? I don’t think we have enough like that. I’m 78 so maybe I don’t understand everything.

Hi Yolande. You probably have the general right idea, but it actually doesn’t work quite the way you think it is.

The Blazers can release any player at any time. But they still owe the player his salary unless another team agrees to take over. This is called “picking it up on waivers”. If that happens, the Blazers no longer owe his salary. But if it doesn’t (and it usually isn’t), they’ll still be responsible for his contract. They will not save any salary cap space. That’s why you don’t just see teams cutting players willy-nilly.

Instead, what the Blazers could do is trade Anfernee Simons for a draft pick and / or money. They would trade with a team that can absorb their salary without having to fire a player. Cap selections and cash do not count towards the cap. It is a way to get rid of a salary sufficient to fall below the tax threshold.

It doesn’t solve the problem you’re talking about, however. Simons is the 6th or 7th man in the Portland rotation this year, one of the first players to leave the bench. The bottom half of their roster is already full of minimum contract players. It would be difficult to find someone to replace Simons’ contributions. They don’t have the luxury of losing that kind of player for nothing unless the season is already wasted.

Portland, however, might consider doing a different exchange. Robert Covington is making $ 13 million this season and Jusuf Nurkic is making $ 12 million. Both players have contracts expiring, which means they won’t necessarily be back next year.

The Blazers only need to cut their salary cap by $ 1.5 million to escape tax territory. They might need to lose a bit more if they keep Nurkic, as he could earn bonuses this year that would make his contract more expensive. Either way, if they can trade one or more players, mention and pick up players who are still talented, but making a little less money. Then the two problems – money and talent – will be solved.

We have talked a lot about this issue over the summer. Unless the Blazers do very well in the first half of the season, you should probably expect trade talks to increase near the trade deadline. They won’t give up on the ship, but they might look to cut back a bit.

I don’t like what the Blazers look like right now. And lose to the Kings at home in Game 1? I don’t think I can express my feelings without using words you don’t allow. How bad is that? Am I overreacting after a game because I think it’s bad.

Consider the loss to the Kings. This is not a good sign, but this part falls under the category of “just a game”. The Denver Nuggets lost in Sacramento on opening night last season. They did well afterwards. Also, as we said in this week’s Dave and Dia podcast, Damian Lillard’s equalizer shot was left at about a quarter of an inch. If he had entered, the game might have ended differently. A quarter-inch-based analysis is not worth much in the long run.

Instead, we want to look at the issues that remain true whether the Blazers finished the game up three or three. And you are right, some of them induce nervousness.

The team is supposed to look disjointed, playing in new ways on both sides. You would expect the defense to look bad at first. It looked bad last season. The schema changes aren’t that big, however. Things that fall apart seem to fall into two categories:

These are not diet issues. They are linked to the players. If they persevere, the best coaches can do is simplify the system, to at least make it easier to read. But that’s what the Blazers have tried before and there hasn’t been much success. And defensive rotations in the half court will not solve a 20-2 deficit in transition points. The only real traction the Blazers have had defensively over the past decade has come with different staff. It’s worrying.

Even that wouldn’t be so bad, but the offense is also rigged. In a way, they are successful. They got more inside shots than usual against Sacramento and shot a higher percentage. They even maintained reasonable turnovers which is a huge key to the season.

Meanwhile, their three-point shot has gone to hell and no one outside of CJ McCollum seems comfortable, like they know what they’re supposed to be doing. Much of the success of goalkeepers still comes from taking the ball in hand. Everything else happens in spurts. In what seems like a paradox, a higher percentage of appearances doesn’t translate into an easy attack. The Blazers had just 85 points heading into the fourth period against the Kings. They had already given up 100.

Portland will have better nights … games where the offense just clicks. The question is, will the click become the norm. And if it does, will it happen through the system or around its edges, as the big goal scorers go iso, leaving their friends in weird new positions where they are not too at the comfortable to score?

I don’t think the new system will be judged on the production of Lillard and McCollum. They will be able to get their points one way or another. Point totals and assistance-to-turnover ratios for Nurkic and Norman Powell, along with Robert Covington’s three-point percentage, will tell the story. But you won’t be able to judge them for just one game. We’ll need a month or two to see how they stack up on average before we know for sure.

Thanks for the questions! You can always send yours to [email protected] or find me on Twitter @DaveDeckard!