Five takeaways from the first week of the Wizards season 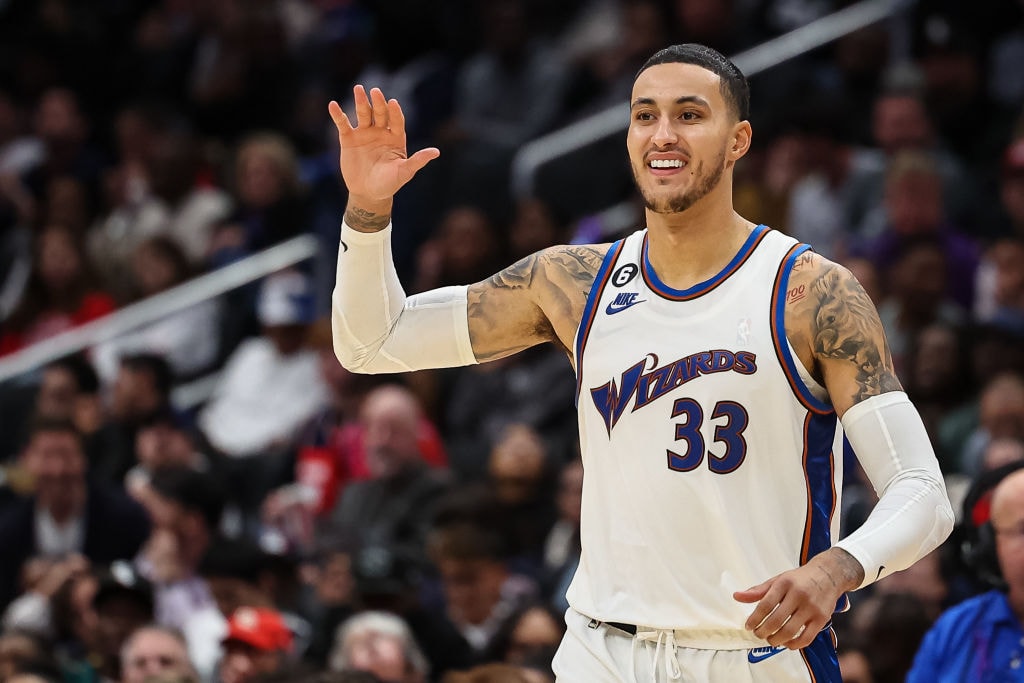 The Wizards wrapped up their first week of basketball in the regular season. Early feedback has been positive as the Wizards have won three of their four games and been competitive in all of them.

One thing Wizards fans were excited to see this season was Bradley Beal and Kristaps Porzingis sharing the floor together for the first time. And so far, they have not disappointed.

Porzingis’ gravity on offense has opened things up for Beal, who has been incredibly efficient so far, averaging over 20 points per game on 58.9% shooting from the field. Even more impressive than that is his true shooting percentage of 66.0.

With Porzingis occupying the defence, Beal was able to work on the ball, getting to his spots without having to take as many dribbles.

The best part? It works both ways. Porzingis has also been superb in efficiency so far, averaging nearly 17 points per game on 46.4% shooting from the field and 40.9% shooting from deep.

Beal and Porzingis have one action in particular that has caused problems for opposing defenses. It’s simple, but difficult to defend. Beal wraps on a screen from Porzingis on the wing, and the ball handler hits Beal with a pass. As Beal grabs the ball, Porzingis goes off screen towards the hoop and it’s up to Beal to read the defense. He can either attack downhill and get to the edge or throw the lob at Porzingis.

Asked about this specific action and what it’s like to play with Beal, Porzingis couldn’t help but grin from ear to ear.

“I love to play with [Beal]“, Porzingis said. “He takes so much attention away from me on those curls. The big one has to help, otherwise he has a lay-up… Within minutes of us getting together, he was getting the ball everywhere he needed to go, and on that he lobbed. Brad is great. I love playing with him.”

WILL BARTON TAKE UP THE SLANK WHEN NECESSARY

For this Wizards team to achieve their goals, they will need the bench to win a few games. Every team needs it. When the starters are struggling or have bumped into each other, the bench should take over. Will Barton has done a fantastic job of that so far, especially in the Wizards’ win over Detroit earlier this week.

Beal left the game late in the first quarter and was questionable to come back with a back tightness. For a while, it looked like the Wizards might be without their best offensive weapon for the rest of the game. Someone had to intervene and Barton answered that call.

In the second quarter, Barton took control of the offense and scored 13 points on 5-of-7 shooting from the field and 3-of-4 shooting from deep to go along with two assists, one steal, one block and none. sales figures.

By the time Beal was able to return, Barton and Co. had played well enough to make things easier for him.

Kyle Kuzma has fully embraced his role on this team as a go-to offensive player and it looks like he’s taken the leap that fans were wondering if he could make it. He’s averaging a team-high 21 points per game, shooting 48.3 percent from the field, along with 6.8 rebounds, two assists and 1.3 blocks.

One of the main reasons Kuzma has done so well is his relentlessness in reaching for the paint and attacking the rim. In the Wizards’ last win over the Pistons, Kuzma’s nine buckets fell in the paint.

Kuzma also understands the gravitas he has when he gets into the paint and how he can use that to generate open looks for his teammates.

“If I’m in the paint and can’t shoot the ball, I’ll try to find the open guy,” Kuzma said. “The most important thing we want to do in basketball is generate paint-to-Great Threes groups. That’s exactly how I try to play basketball.”

DENI AVDIJA DOES IT IN DEFENSE

Defense has been a focal point for the Wizards this season. They have a defensive rating of 105 in four games, good for seventh in the league, and their defensive MVP so far has been Deni Avdija.

The second-year winger was nursing a groin injury during training camp and didn’t fit for pre-season games but was thrust into the starting lineup on opening night , and it did not disappoint. He has yet to find his rhythm in attack, but defensively he has made an impact.

Night after night, he is tasked with guarding the opposing team’s best player. His four main missions to date: Tyrese Haliburton, DeMar DeRozan, Donovan Mitchell and Cade Cunningham. It’s a row of deadly attacking talents, but Avdija has held firm in all four clashes. He used his length, defensive instincts and basketball IQ to make up for what he lacks in speed, and that’s a big reason the Wizards got off to a good start.

The Wizards signed two new point guards this offseason: Monte Morris and Delon Wright. Morris has the starting role, but both are equally important to what the Wizards do as a team.

Morris has been a stabilizing force in the starting lineup, averaging just under 10 points per game on .467/.545/.667 shooting ranges to go along with 5.3 assists and 4.8 rebounds. The best part? He averages just 0.5 turnovers per game. He was exactly what wizards expected of him.

Wright was amazing in his own way, providing a scrappy defense on second unit and even shutting down some games for defensive reasons. He has active hands, can keep the ball or not, and forces tons of turnovers.