For Irving, no regrets, no doubts on the eve of the playoffs 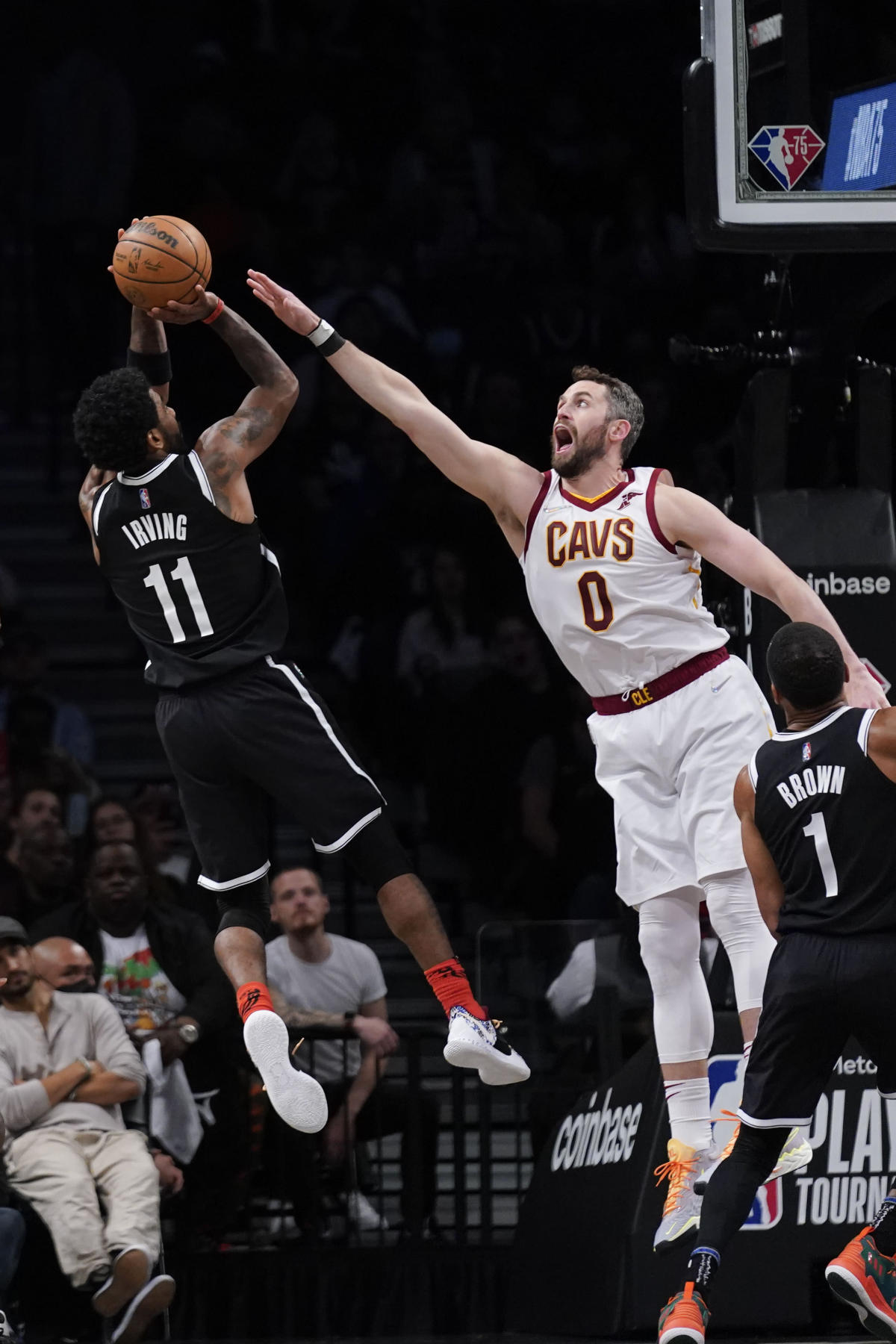 NEW YORK (AP) Kyrie Irving cost himself millions of dollars in salary. He may have cost the Brooklyn Nets any realistic chance of winning the NBA title.

His decision not to get a coronavirus shot put him at the center of the debate and left him ineligible to play in New York for most of the season. Irving has been criticized for being stubborn and selfish, for only thinking about the individual in a sport that is about the team.

At the start of the season, he was disturbed by some of the comments he heard.

It’s now the playoffs and Irving isn’t questioning anything.

“So I can’t speak to everyone, but as we move forward in time, I know I made the right decision for me,” Irving said Friday.

Critics would say that every decision Irving makes is about him. His off-field choices meant he was unavailable to help share the scoring pressure with his close friend Kevin Durant. He wasn’t there to show a championship commitment to James Harden, perhaps contributing to the All-Star guard deciding his future wasn’t in Brooklyn.

Irving pays no more attention to those voices than to those who still want to dwell on his turbulent time in Boston, where the Nets play Game 1 of their first-round series on Sunday.

”I can really say that I stood firm on what I believed in, what I wanted to do with my body. I think it shouldn’t just be an American right, I think it should be a human right,” Irving said. “And when you stand up for something like that, in a nature of society that we are in where we have a lot more followers than leaders, then you’re going to be forced to be seen or someone like a black sheep than people can attack and bait your name and say those things that don’t really describe who you are or how you live day to day.”

The No. 7 seeded Nets would likely be on their own turf, instead of opening against the No. 2 seed if they had Irving all season. But he only played 29 games, including only a handful at home in the final days of the season after a New York vaccination mandate waiver made him eligible.

By then, more than 1,400 city employees had been fired for failing to meet the mandate, and there was no hope the Nets would meet preseason expectations of being a dominant team. Harden had been traded to Philadelphia in February and Irving had been fined for every game he was unable to play due to his vaccine status. All the Nets could do was finish strong to qualify for the play-in tournament.

Over 96% of NBA players have been vaccinated, including every other Nets or New York Knicks player. But Irving didn’t hold back, saying he respected everyone’s opinion even though it was clear not everyone would respect his.

“And it was like, ‘Well, the majority says you should do this’ and ‘Why are you going against this? You know you are losing millions. You know you are letting your teammates down. I heard everything. I have been called so many different names. People keep and keep flooding the media space with what I should be doing and I just feel like there will be a time when this is all in the wind and we can talk as human beings .

Irving has played brilliantly in his limited time, averaging 27.4 points in one 50-point game and one 60-point game, but basketball was only a secondary part of the conversation this season.

Even with the playoffs looming, with people still getting booster shots amid the ongoing battle against COVID-19, basketball still isn’t the main topic of conversation about Irving in some circles. . He is aware of the story but said he cannot be distracted from it at this time.

“I really want to focus on the game and do everything I can to put my team in the best position to win,” Irving said, adding he’s still thinking about all the ups and downs of this season.