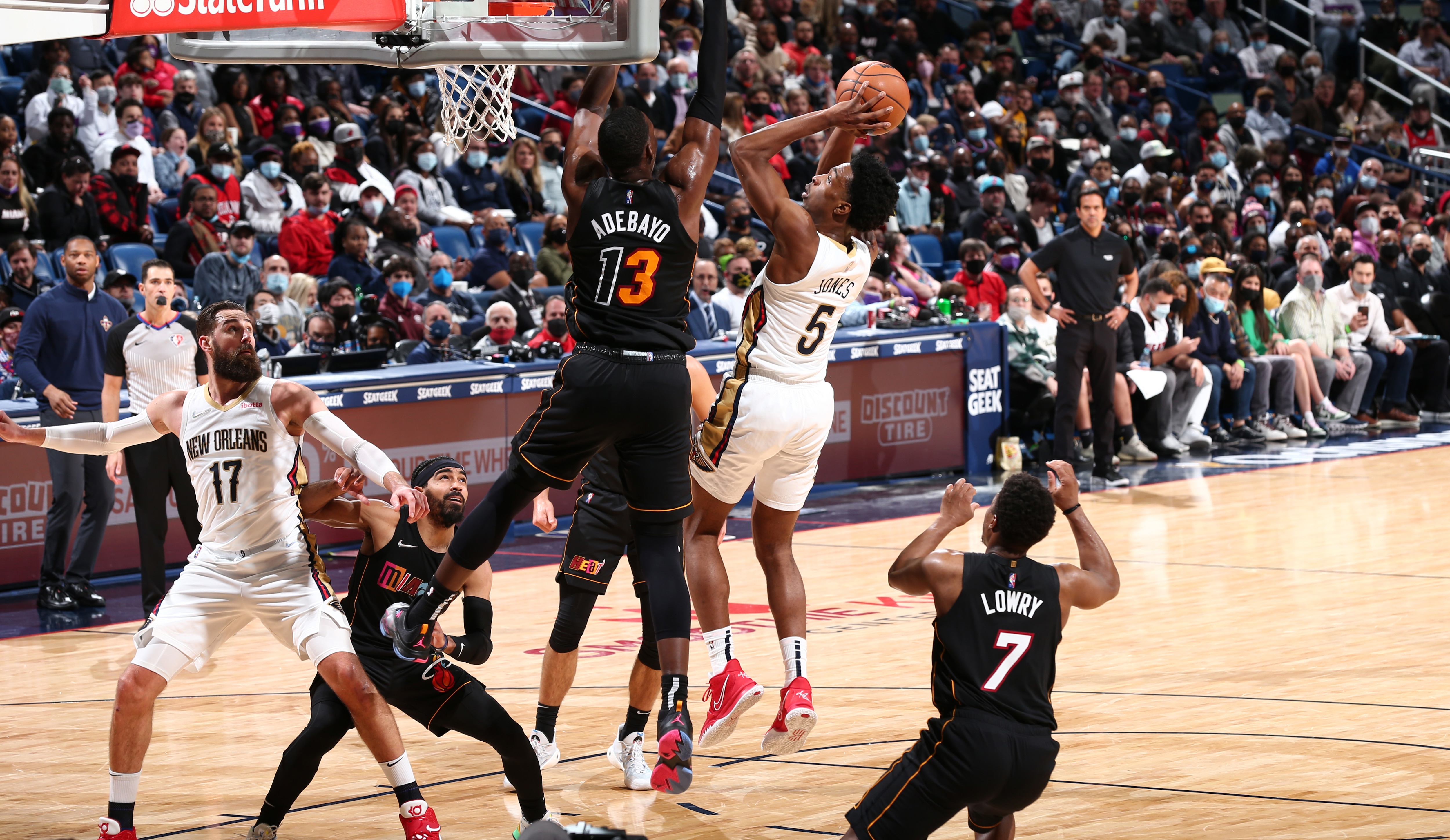 New Orleans enters Wednesday’s game hoping to see their entire starting lineup intact tonight or Friday against Atlanta, but Brandon Ingram (toe) and CJ McCollum (ankle) are listed as questionable against Miami. Great starters Zion Williamson and Jonas Valanciunas played in all three games, while Herb Jones returned to action Sunday in San Antonio after sitting out Friday against Detroit. Regardless of who is on the court for the visitors, the Pelicans will try to remain among the six NBA teams currently undefeated in the preseason. Meanwhile, after deepening the playoffs this spring — reaching the 2022 Eastern Conference Finals — Miami has used its key players sparingly in the preseason. The Heat gave minutes to a range of young contributors.

The second-year forward is 9/14 (64%) from three-point range in preseason after bursting for 7/10 accuracy against Spurs on Sunday, tallying 27 points. He is also averaging 3.0 assists in 26.0 minutes.

Lots of points (36) and rebounds (24) in few minutes (48) – that’s exactly what the EuroBasket MVP does. Hernangomez’s role off the bench is expected to increase with Jaxson Hayes (elbow) sidelined for 2-4 weeks.

The NC State rookie on a two-way contract was a catalyst in the fourth quarter. An efficient and descending rider, Seabron scored 18 points in 19 minutes. He is 6/9 from the field and 6/7 at free throws.

One of the few Miami veterans to be on the court often during the preseason, the one-time shooter is averaging 15.0 points over four appearances, connecting on 38% of his three-point attempts.

Not to be confused with Denver’s two-time MVP, the No. 27 pick in the June draft is posting 10.8 points and 5.8 rebounds per game over four preseason outings.

Notes: The Pelicans are unblemished despite shooting below average 34.0 percent from three points, but their opponents are just 28.8 percent down. … New Orleans will spend the night in South Florida before heading to Birmingham on Thursday afternoon.

Notes: Nine different Heat players are averaging double-digit scores in preseason, though three members of this group have only appeared in one game (Tyler Herro, Caleb Martin, Omer Yurtseven). … Wednesday’s game is Miami’s preseason finale. The Heat open the regular season on October 19 against Chicago.