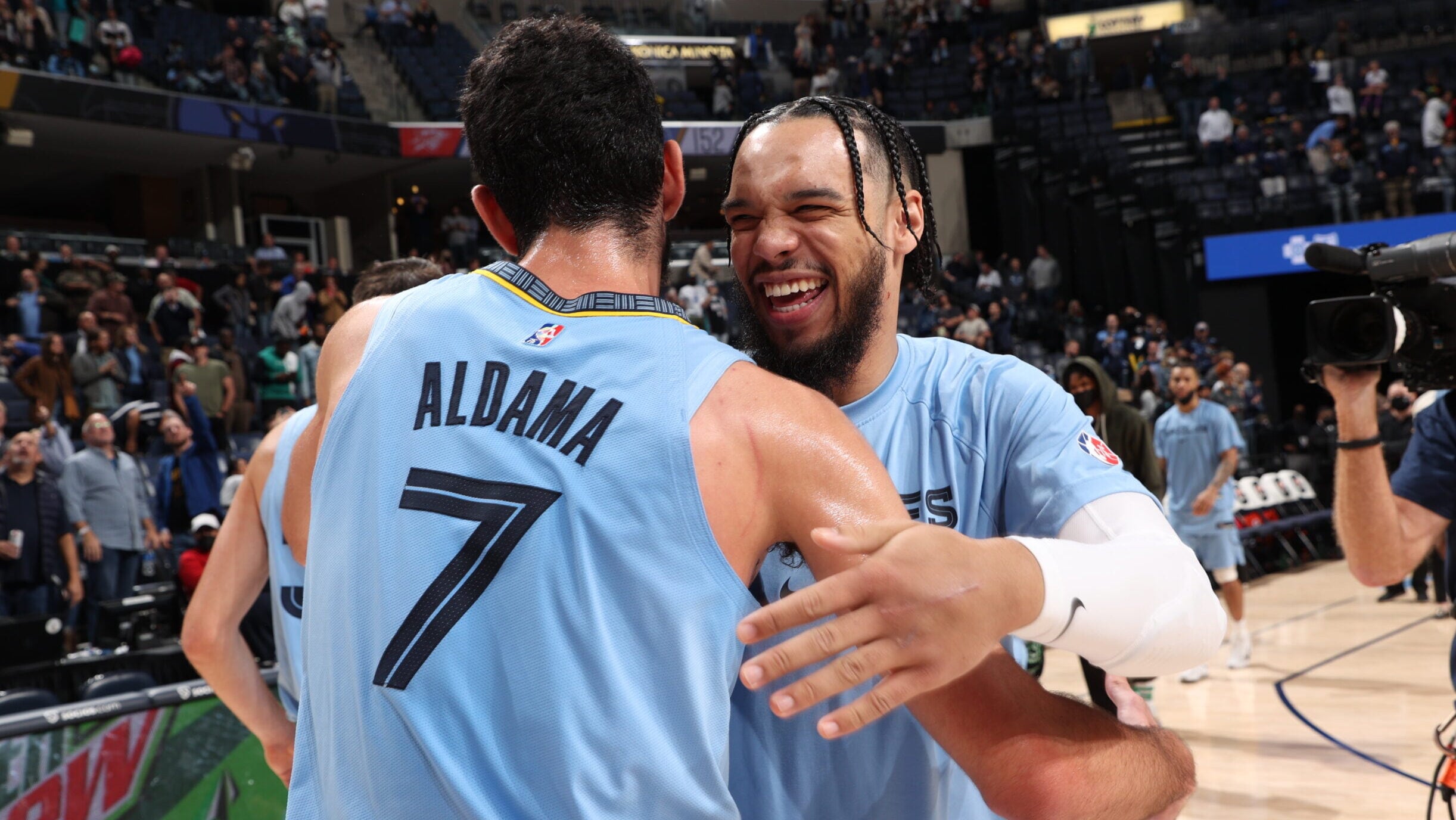 The Grizzlies set an NBA record with a stunning 73-point victory over the Thunder.

It was a historic Wednesday in Memphis. The Grizzlies scored a record 152 points, beating the Thunder by a record 73 point margin, 152-79.

Oklahoma City suffered a 57-point home loss in February, losing 152-95 to the Pacers, marking the biggest home loss in league history. They have now added the franchise’s worst road loss to the ledger, supplanting the Heat’s 68-point margin (148-80) in a Dec. 17, 1991 game against the Cavaliers. It is the first time that a team exceeds 70 points in advance at the buzzer.

“Dude, that feels good. It’s great to be in the history books, especially in front of our home crowd, ”said De’Anthony Melton, who scored 19 points. “And we did it from one to 15. Everyone contributed, everyone played hard and we all got to be in the game. So it’s always a blessing.

“We knew with (Morant) going down what we had to do,” Melton said. “We had to intervene. “

With Ja Morant out with a knee injury, Jaren Jackson Jr. led the assault, scoring 27 points on a 9-11, 6-7 of 3, shot in 20 minutes. Each of the 12 equipped Grizzlies played at least 14 minutes, with nine reaching double-digit numbers. Shai Gilgeous-Alexander and Josh Giddey were absent for Oklahoma City, punctuated by 15 points from Lugentz Dort.

Memphis shot 62.5% overall (60-96 FG) and 52.8% from distance (19-36 3P), handing out 41 assists for just 10 turnovers. They controlled the boards by a 53-26 margin and had 16 interceptions and nine blocks. The score was 72-36 at halftime, and widened with a second half of 80-43. While Jackson and the starters racked up 59 points, the Grizzlies bench topped the Thunder without them, totaling 93 points. And the team’s total of 82 points in the paint also surpassed the Thunder’s exit, marking the first such event since 2000.

“The franchise records are obviously excellent. Obviously proud of our guys that they don’t think about it, ”said Memphis coach Taylor Jenkins. “We’re just motivated by our standards every night. Tonight it was quite complete both offensively and defensively.

The end-to-end victory was a third in a row for Memphis; the Jazz were the last team to accomplish this feat (April 5-10, 2018).

Biggest margin of victory, all-time leaders of the NBA

Information from the Associated Press was included in this report.