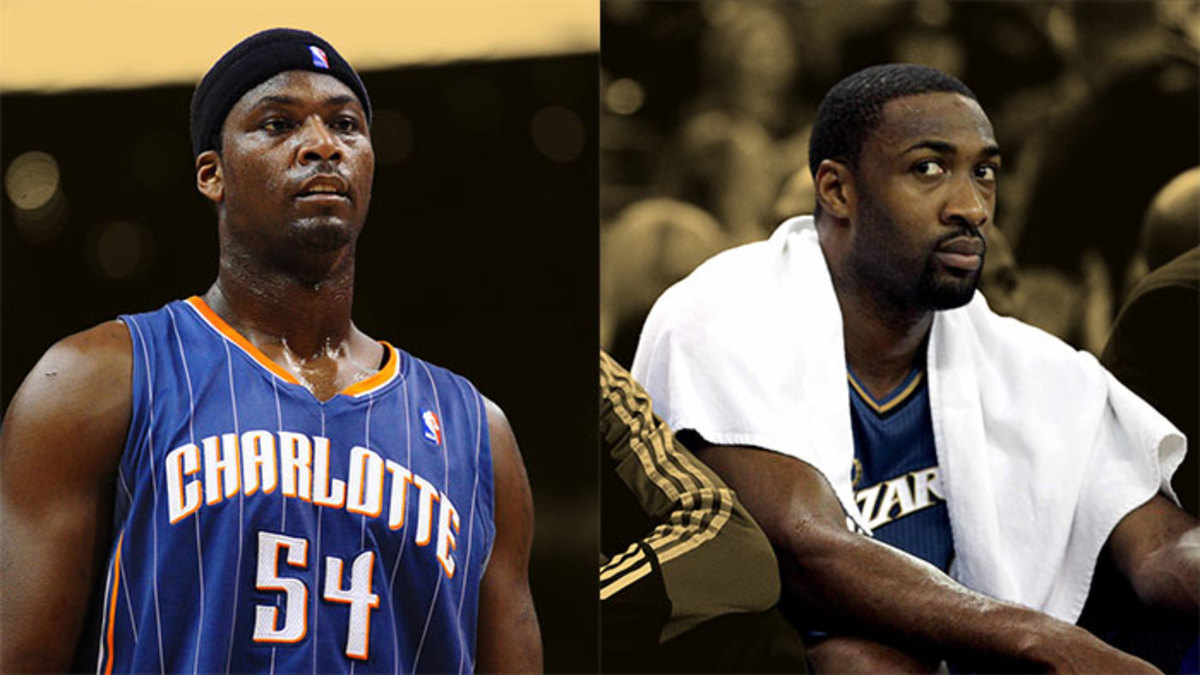 Kwame Brown has become the poster child for any “NBA‘s biggest bust” list. He failed to reach his ceiling and was considered a failure because he had it all in terms of physical gifts. Many theories have been floated about its failure – Gilbert Arenas decided it was time to come clean.

“He was a fucking drunk”

Kwame Brown has revealed he lacked the benefits of strong veterans when he got his feet wet in the league. And that was a crucial factor in why he struggled early in his career. However, in an interview for VLAD-TVGilbert Arenas revealed another reason why the 6’11” center had bad games. According to Gil, Brown was an alcoholic.

“I can be honest now. We are not friends. He was a fucking drunk, man. That was Kwame Brown. I had a bad game, drunk. I had a good game, drunk. Bored, drunk. That’s how he coped with life.

Agent Zero also downplayed Brown’s career earnings of $66 million. A quick look at his net worth on Google search reveals that he earned around $64 million in NBA salary and another $35 million in contracts and endorsements. For Gilbert, Kwame could have earned more, but because of his love of alcohol, he was not offered more lucrative contracts. “The average No. 1 player from 2001 to 2017 earned an average of $212 million during his career,“Arenas explained.

It’s hard to verify the veracity of this claim, especially with the history between Arenas and Brown. Last year, the two traded barbs online over the issue of LeBron James checking his teammates’ stats. Gilbert and Kwame shared a locker room in Washington for two years, but with the way things are going, it seems no love has been lost between the old wizards.

If what Gilbert Arenas said was true, it seemed Brown had no one to talk to and turned to alcohol to cope with the burden and stress. At that time, talking to a professional was not yet the norm and mental problems were seen as a weakness in athletes.

Has Kwame Brown been the victim of false narratives perpetuated by the media? Was he always drunk and didn’t have the discipline to persevere and spend hours in the gym? Hasn’t the former first-choice received love from Jordan and other veteran teammates?

Kwame has gained popularity in recent months due to his social media rants. It was his way of saying enough was enough. Although at this point, whatever revelations were made would have done nothing to resuscitate his career or set the record straight.

Being the first NBA player straight out of high school to be drafted No. 1 is something else entirely. Playing with Michael Jordan added pressure for Kwame. While it is true that he turned to alcohol to cope, we are in a much better position to listen to him and offer him our support as a basketball community.

If these things are discussed more openly, many young stars can learn from the mistakes of others. And maybe that’s his real purpose in life: not to become a big NBA star but to teach others a life lesson.