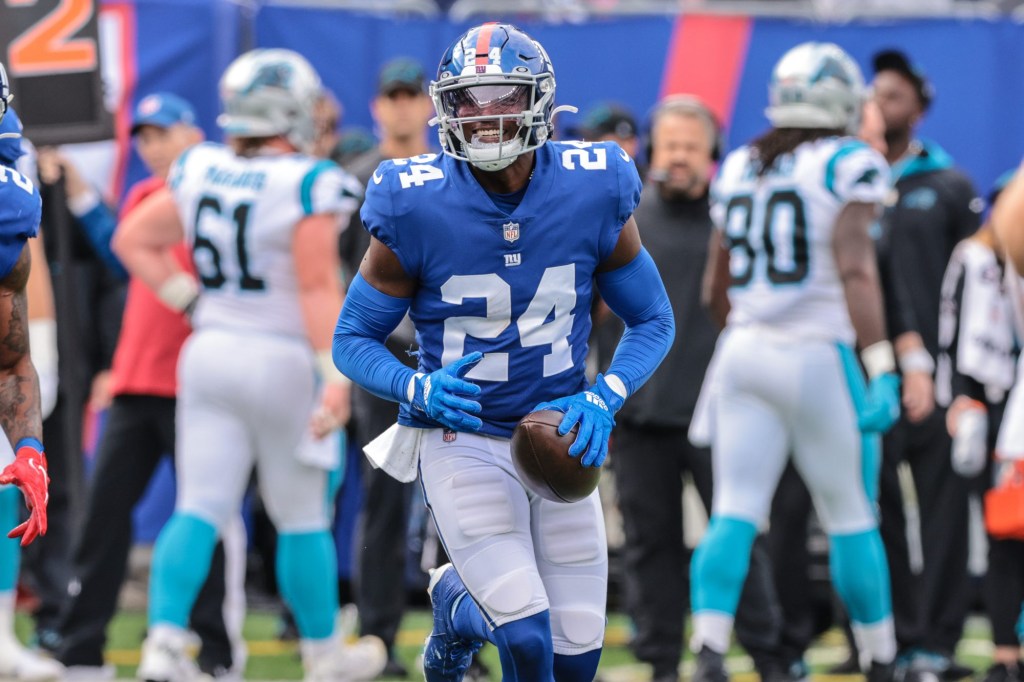 The Giants can’t keep James Bradberry on the books with a 2022 salary cap charge of $21.8 million. They may have to trade their best cornerback to get relief from the ceiling. Here’s a look at the NFL outposts where it makes sense for Bradberry to land next:

Patrick Graham is the new defensive coordinator in Las Vegas, and he knows the value Bradberry brings to a secondary based on their two years with the Giants. Trayvon Mullen is coming off an injury-filled season (five games played) and help is needed in the defensive backfield. The Raiders are about $40 million under the cap.

With $57.5 million in cap space — the second-highest total in the league — the Chargers are big spenders. Chris Harris will be a free agent and Asante Samuel Jr, a 2021 second-round pick, could use an experienced corner to lean on, and that could be Bradberry.

Baltimore’s usually stingy defense has failed to live up to its usual standards. Trading for Bradberry would allow the Ravens to part ways with Marcus Peters and bring some new blood to the back of the defense. Additionally, veteran Jimmy Smith is set to enter the open market.

Despite the magnificent run to the Super Bowl, Cincinnati’s defense allowed the seventh-most passing yards in the NFL last season. Three of the top corners – Eli Apple, Vernon Hargreaves III and Tre Flowers – are all heading to the open market. Bradberry would be fine with a team that already has a lot of plays on the roster.

Robert Saleh, in his first year as head coach, couldn’t have been happy with a defense that finished 30th in passing yards allowed in 2021. The best returning corners are Bryce Hall and Brandin echos. Need more reasons why Bradberry going from blue to green is far from far-fetched? The Jets having $48 million in salary space doesn’t hurt.

Adding a starter for a year, giving up a mid-round draft pick, not re-signing him the next year and earning a mid-round draft pick as compensation? That’s the Patriots way, isn’t it? JC Jackson has become a star corner in New England – his eight interceptions in 2021 were second only to Trevon Diggs’ 11 – but Jackson will be an unrestricted free agent and his price will be high. Maybe let him go and acquire Bradberry for a season?