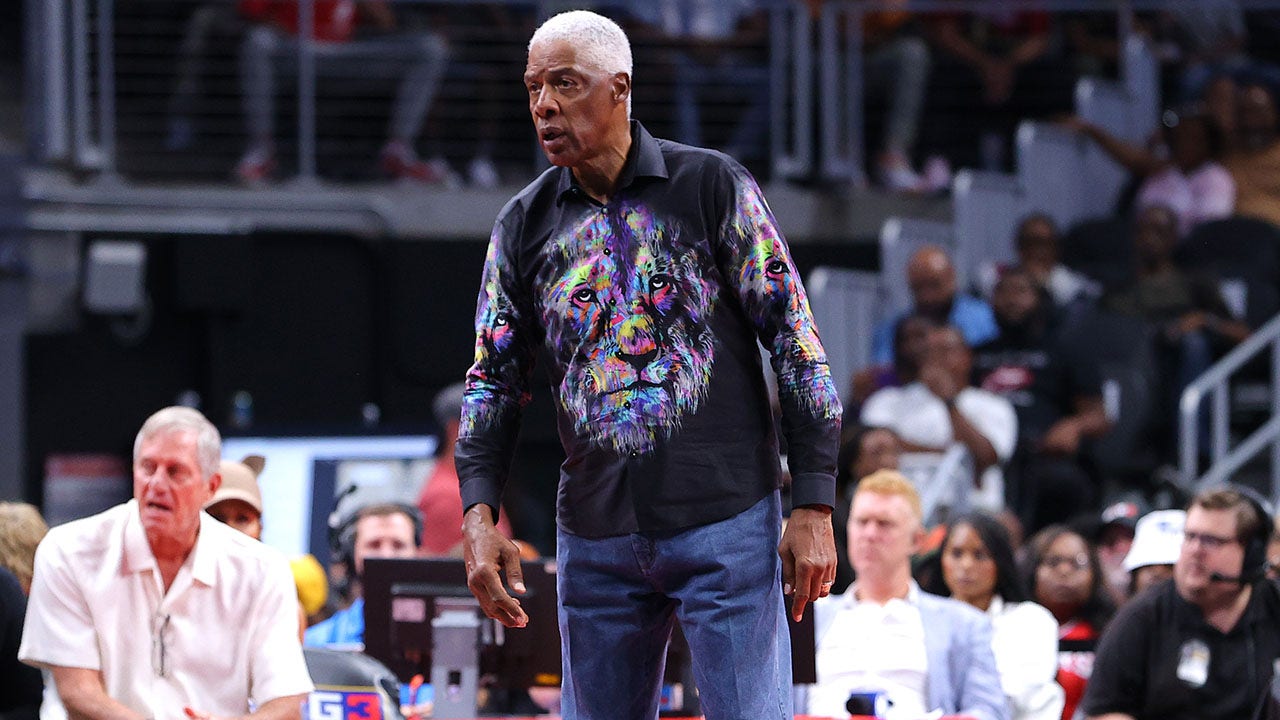 Unless already worn, no NBA player will be permitted to wear number 6 in the future, as Russell’s number will hang from the arena rafters of every team in the league. While Erving, who himself wore number 6 during his career, understands why the NBA chose to do this, he told TMZ that comparing Russell to Bryant isn’t fair.

“I don’t think he should be compared to Russell’s situation,” Erving said at LAX airport. “We’re new to this, but let’s see how it works. Maybe at some point. Bill was 86, so address him like that to an 86-year-old man – multiple champions, multiple coaching champions, multiple on – and off the field champion, or whatever – there is no comparison.”

Head Coach Julius Erving of the Tri-State looks on during a game against the Tri-State in week eight of BIG3 at the Comerica Center on August 06, 2022 in Frisco, Texas.
(Alex Bierens de Haan/Getty Images for BIG3)

Erving said Bryant’s situation should be handled by the Los Angeles Lakers, his former team. They already retired his numbers 8 and 24 on December 18, 2017 before his tragic death on January 26, 2020.

“If they wanted to do it, which I think they’ve already done, that makes sense – but for the whole league, probably not,” Erving said.

Erving added that he played with Bryant’s father, Joe Bryant, who was affectionately known as Jellybean.

Erving was also good friends with Russell and understands the big impact he had on basketball that no other player will be able to do.

A member of the 1966 Boston Celtics championship team, Bill Russell is honored at halftime during the game between the Boston Celtics and the Miami Heat at TD Garden on April 13, 2016 in Boston, Massachusetts.
(Mike Lawrie/Getty Images)

“Bill was a very special person and what he did for basketball no one else could do again. So I think there is every reason to retire his number,” he said. he declares.

“He was a great friend of mine and may he rest in peace.”

Los Angeles Lakers’ Kobe Bryant goes up for a shot between Boston Celtics’ Paul Pierce, left, and Al Jefferson during the first half of an NBA basketball game in Los Angeles. (AP Photo/Branimir Kvartuc, File)

Russell, who was 88 at the time of his death, was an 11-time NBA champion and helmed two NBA championships as the first black head coach of any North American professional sports team, without talk about the NBA.

He was also a 12-time All-Star, 11-time All-NBA Honoree, five-time MVP and it all led to an easy Hall of Fame decision.

Bryant is also in the Hall, having been one of the best players to ever grace the NBA hardwood. An 18-time All-Star, Bryant won five titles as well as the 2007-08 MVP. He was twice Finals MVP and twice scoring champion.

Bryant was killed along with this girl and seven others when their helicopter crashed in Calabasas, California in January 2020.

Scott Thompson is a sportswriter for Fox News Digital.