‘Kevin Durant hangs out at club in Greece after being swept away while LeBron was on his way to the gym’, NBA fan rips Durant after photo of him hugging girl in club goes viral 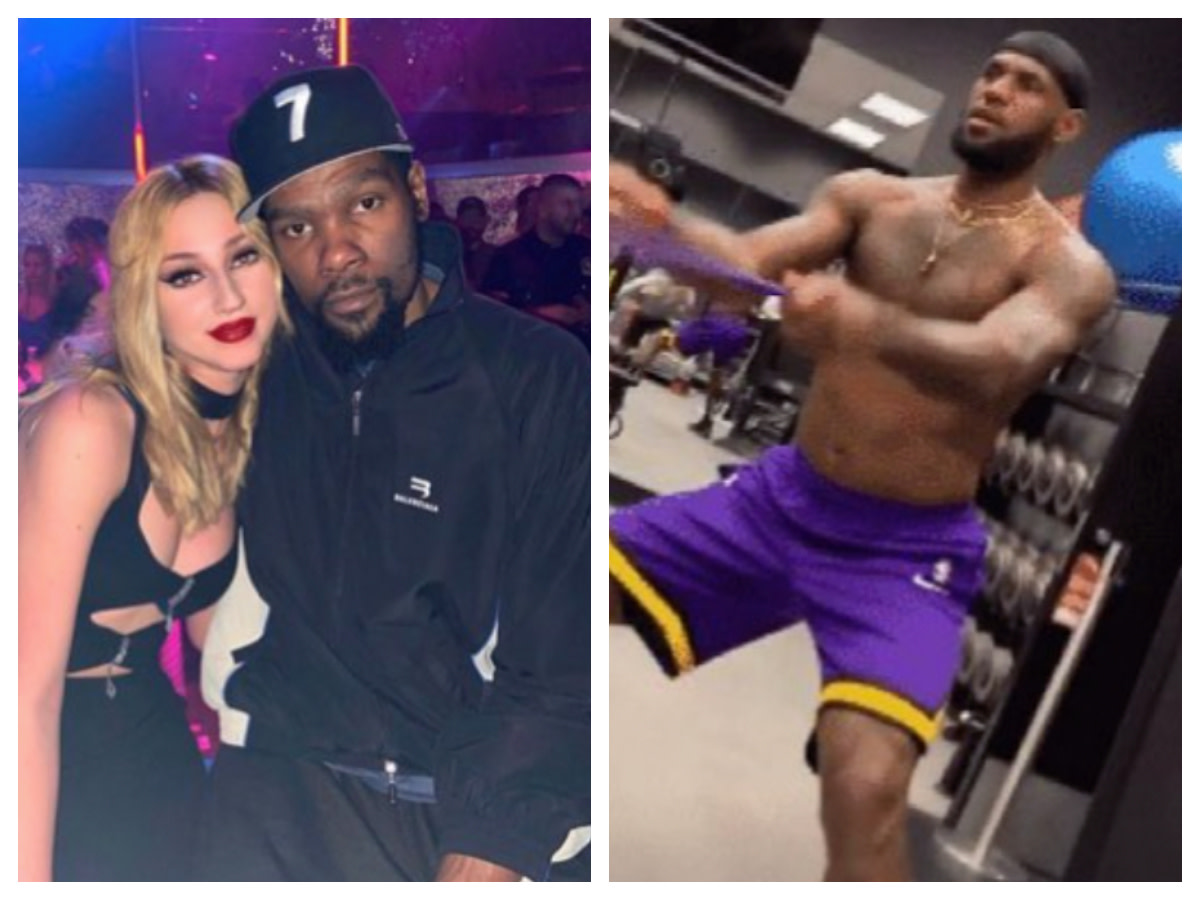 Kevin Durant and LeBron James have been in the conversation for the league’s best player for the past decade. While James dominated the conversation for much of that time, in recent seasons KD has claimed the title as well. This season hasn’t been ideal on that front either, the Lakers never made the playoffs and the Brooklyn Nets were comfortably swept in the first round by the Boston Celtics.

James was on vacation during the first round, and he talked a lot about it, something that some fans didn’t like too much. There’s an idea that NBA players should immediately start working on next season if they end it disappointingly, and while that’s just not possible, there are people who keep pushing that. narrative.

Well, with Kevin Durant’s season also over, he was pictured hanging out in Greece with his arm around a girl, and a fan was quick to compare him to LeBron James who is now back and coaching his body already.

Now, panning on KD for taking a well-earned rest still doesn’t make any more sense than panning on LeBron, but, naturally, James fans would react in a way like this. Either way, there were mixed reactions from other fans in the post’s comments, including fans defending KD.

“Bron didn’t even make the playoffs.”

“Bron was just on vacation.”

“Bron put together this geriatric team is the reason we didn’t do anything. Kyrie’s bullshit was out of KD’s hands.”

“I get the logic and everything except Bron’s season is over. KD’s season just ended.”

“You really need to stop these messages.”

“People were clowning around for LeBron when he was on vacation, don’t change now.”

“I have nothing against KD’s vacation, but where was that energy to defend Bron?”

“We have to fucking let all these guys live.”

“KD is single man, you can’t expect him to stay.”

There seems to be a general understanding among most players that slandering players for taking earned time off doesn’t make too much sense, but the banter is unlikely to stop anytime soon. The one thing fans can be sure of is that both players will be back with a vengeance next season.