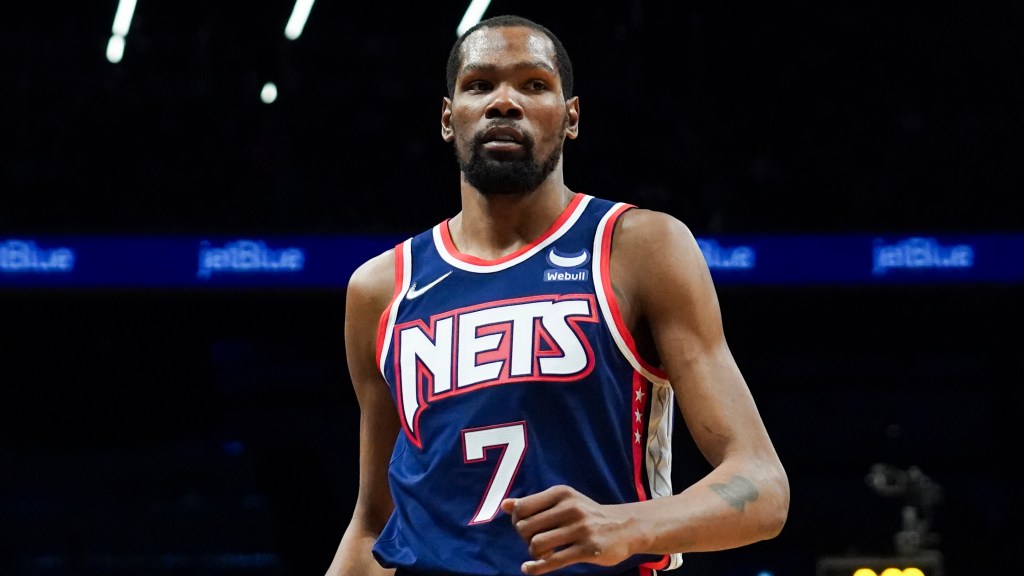 Former NBA MVP and two-time champion Kevin Durant is unmistakably the face of the Brooklyn Nets franchise, and owner Joe Tsai is likely hoping Durant plays the rest of his career at Barclays Center.

Yet, if the Nets were to go in an entirely different direction, what is Durant’s business value at age 33?

HoopsHype ranked the trade value of every NBA player to find which contract is the most valuable in the league, and Durant ranked in the top ten. Giannis Antetokounmpo was ranked No. 1 overall as having the best basketball business value, followed by No. 2 Luka Doncic and No. 3 Nikola Jokic. Durant was seeded eighth, two spots ahead of his former Golden State running mate Steph Curry.

Durant’s age and the Nets’ lack of clarity with their other two All-Stars make his situation potentially just a bit more open to interpretation than the players above. But assuming Kyrie Irving is committed to the long term and Ben Simmons is ready to go, Brooklyn is unlikely to trade Durant on even the bulk of the rides.

Stay or go: Predicting what the Nets will do with their 9 free agents