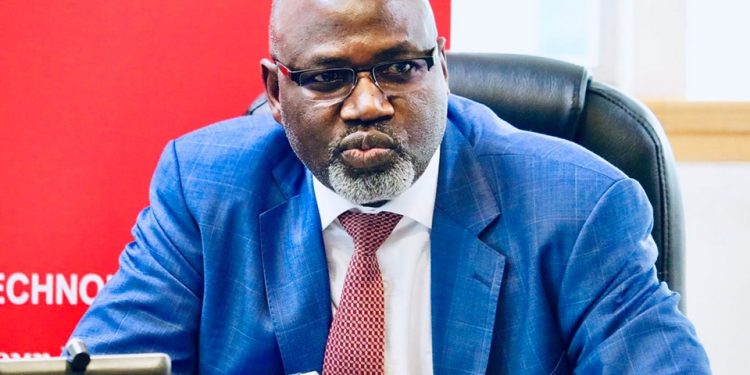 Abba Abdulkadir, the North East zone representative on the board of directors of the Nigerian Basketball Federation (NBBF) led by Musa Kida, said the ban on Nigeria’s participation in international basketball is not good for the country.

The News Agency of Nigeria (NAN) reports that the federal government announced on Thursday that Nigeria will not participate in international basketball competitions for two years.

He articulated this decision on the continuing leadership crisis within the NBBF.

AbdulKadir, however, told NAN in Abuja on Tuesday that the move, announced by the Federal Ministry of Youth Development and Sports, was unjustified and unprofessional.

“The ban is very regrettable and unjustified. I think it’s not well thought out and it’s a classic case of lack of professionalism on the part of the department.

“And I can tell you that there will be a negative social, economic and political effect to this because our young people are affected,” he said.

AbdulKadir said the Kida-led NBBF would go to court to stop the implementation of the controversial order for the sake of the nation.

“It’s sad, we are actually going to court to stop the Minister (Sunday Dare) and the Ministry of Youth Development and Sports from implementing this unlawful order for the benefit of the nation,” a- he declared.

AbdulKadir has hit out at the fact that the ban comes after D’Tigress worked hard to qualify for the FIBA ​​Women’s World Cup 2022 scheduled for Sydney, Australia in September.

“Clubs in the country will also not be able to participate in the African Basketball League (BAL).

“The careers of these players are now affected, and their livelihoods are also affected, especially when Nigeria qualified for the Women’s World Cup.

“Our local and foreign players will be affected by this. So what are we to gain by banning the teams,” the Kida-led NBBF board member said.

He added that apart from the self-imposed ban, the International Basketball Federation (FIBA) was likely to make Nigeria’s lot worse with another ban.

“The ban is in violation of Law 9.7 of the FIBA ​​Statutes on Third Party Interference, which in this case is a violation by the government,” AbdulKadir said.

Musa Kida, the chairman of the NBBF faction, also expressed his shock and dismay at the ban.

NAN reports that each of Kida and Igoche Mark had emerged on January 31 as president of the NBBF following parallel elections in Benin and Abuja respectively.

Each of them was elected alongside other board members.

Support the integrity and credibility journalism of PREMIUM TIMES

Good journalism costs a lot of money. Yet only good journalism can guarantee the possibility of a good society, an accountable democracy and a transparent government.

For free and continued access to the best investigative journalism in the country, we ask that you consider providing modest support to this noble endeavour.

By contributing to PREMIUM TIMES, you help sustain relevant journalism and keep it free and accessible to everyone.