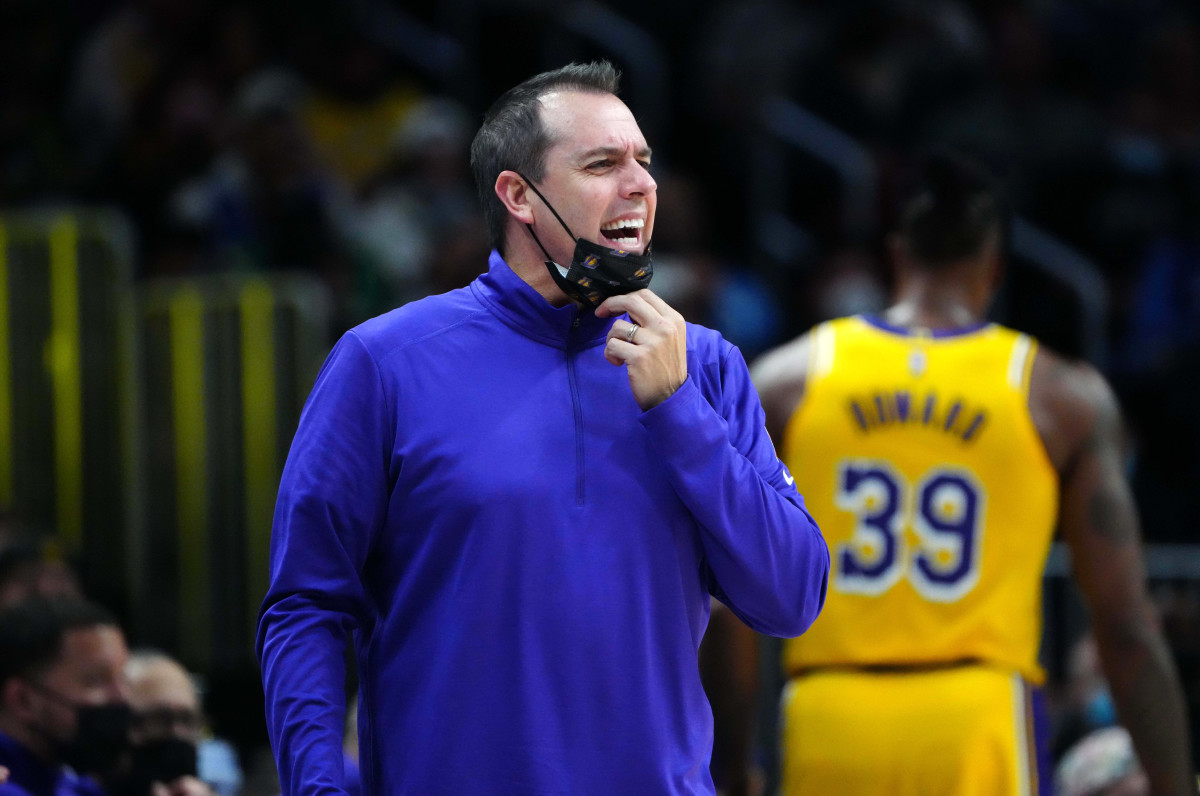 The Lakers have more problems than a computer without a keyboard. Of most concern is the fact that the veteran-laden team consistently plays one of the worst defenses in the NBA. Despite the fact that Frank Vogel is a defensive-minded head coach.

In the post-match presser, Vogel admitted their defensive strategy needed to be demolished all the way to the posts.

“We have to go back to the drawing board and put our defense in place.”

In their last three games, all lost, the Vogel’s Lakers team has allowed an average of 128.3 points.

Russell Westbrook’s shortcomings have been front and center, but the Lakers’ defense is perhaps the most relevant perennial issue.

On the season, the Lakers are 20th in defensive efficiency (110.1) and 27th in points allowed (113.3). The Orland Magic’s eight wins have netted fewer points per game than Vogel’s team.

Vogel and his team were certainly hoping for a stronger defensive performance after a “lively” cinema session where the coach “called out” the players individually after the loss to Sacramento.

Whatever information was provided, it was not taken into account.

After winning four straight, the Lakers are now on a three-game losing streak.

Taking him on Monday against the Utah Jazz will be a daunting task. Through Saturday, the Utah Jazz are first in points per game (115.1) and offensive rating (116.3).

If Vogel and the Lakers aren’t careful, the Jazz will end up with enough points to win an NBA All-Star game.

Hopefully Vogel and the Lakers can craft a defense that can actually stop a team from scoring at will.