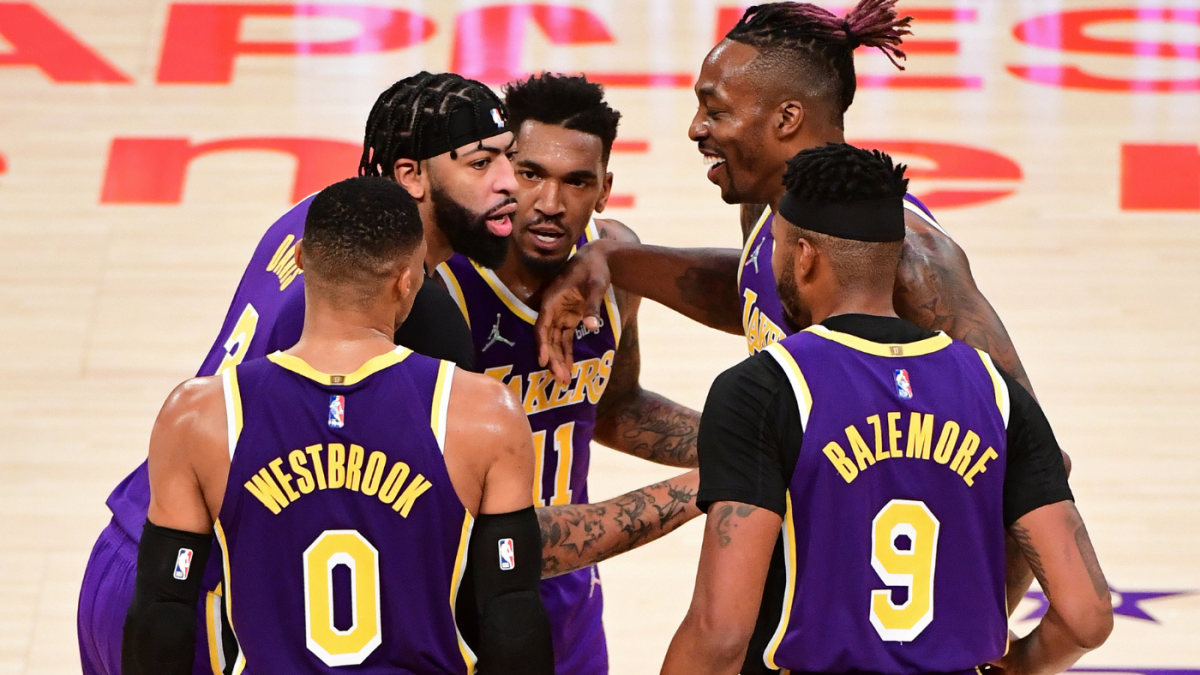 The Los Angeles Lakers didn’t have many trade chips to offer at the deadline. Russell Westbrook is now considered one of basketball’s most negative assets when you combine his gargantuan contract with his declining game. Talen Horton-Tucker has had an extremely disappointing season. Kendrick Nunn has yet to play this season due to injury. None of their minimum-wage players have much trade value due to expiring contracts, and the only first-round pick they could legally offer was their 2027 selection.

One asset they could have used, however, is the financial muscle that comes with playing in the NBA‘s second-largest market. The Lakers should have the ability to outspend almost any NBA team. Their announced a 20-year pact with Spectrum will pay the Lakers around $3 billion over the term of the deal, giving them far more local TV revenue than most teams, and their position as a global brand in a huge city opens the door to far more gate, merchandising and ancillary revenue as well.

But when the deadline came around, the Lakers didn’t make a trade. These basketball limitations surely played a part in what was available. But by all accounts, self-imposed financial limitations also played a role. The Lakers, according to several reporters, didn’t seem particularly keen on taking more pay.

“There was an iteration of the John Wall trade that included Christian Wood that would have involved more money,” ESPN’s Dave McMenamin said on the Brian Windhorst and the Hoop Collection Podcast. “I was told from other sources in Houston that there was a message that the Lakers weren’t willing to take any more money.”

“It’s kind of the word in the league that the Lakers were making calls, if there was a trade that made sense they would do it. I’ve heard it described as ‘maybe half-hearted efforts’ “, added Ramona Shelburne of ESPN. on the same show. “They would do something if it was handy fruit, but they weren’t really willing to feel any pain, whether it was luxury tax money, whether it was heavier in the future let it be a project allowance. In other words, they called, they tried to do some things but there wasn’t the same kind of urgency that you heard from players the night of the Milwaukee game and especially after the Portland game.”

There are a number of perfectly reasonable basketball arguments against making a major trade at the deadline, especially when it comes to wall-centric trades. He has played 40 games over the past four seasons. Wood is a dynamic offensive center, but his skills become somewhat redundant on a team with one of the few big men in Anthony Davis who is better at the things that make him special in the first place. Retaining their 2027 first-round pick to pack with their 2029 selection in the offseason makes sense. Doing it because this season is already a lost cause is sadly hard to argue with either.

But almost every move the Lakers have made since Russell Westbrook’s arrival suggests money was a big part of their decision. They let Alex Caruso, perhaps the best offensive point guard defenseman in the NBA this season, walk away from a roster devoid of offensive point defense due to fiscal issues. They made little effort to sign and trade Dennis Schroder to another playmaker-needy team for assets. On a smaller scale, you could even argue that the deal they signed with Nunn was unnecessarily cheap. The taxpayer mid-tier exception can pay a player up to $5,890,000 this season. The Lakers pay Nunn even $5 million. Saving money is good, but it also limited the amount of matching salary they had to offer in possible trades. As insignificant as $890,000 may seem in NBA terms, it could have turned out to be quite significant for a team with only two registered players doing something between the maximum or the minimum.

This is not to suggest outright cheapness. The Lakers are paying nearly $200 million in combined salary and luxury tax payments. That number just doesn’t seem so daunting in context. The Lakers have the fifth highest payroll in the NBA. Directly ahead of them at No. 4 are the Milwaukee Bucks, who play in a much smaller market. The Golden State Warriors spend well over $100 million more than the Lakers on salaries and taxes. The Lakers spend quite a bit of money compared to the rest of the league, but they are overwhelmed by the financial arms race in which the best teams in the NBA, even those without around $150 million in revenue from local television, almost have to participate. if they hope to maintain the championship claim.

A direct exchange of Wall and Wood for Westbrook would not be entirely legal. The Lakers are expected to send around $3 million in extra pay. They could have done it with two minimum wages, an addition they apparently should have wanted to make in order to clear roster spots for the buyout market. It would have cost the Lakers about $50 million in salaries and taxes combined. Trade to Nunn against those minimums and that figure drops to almost $40 million. Put Horton-Tucker for Nunn and we’re down to around $20 million. No iteration of that deal would have taken the Lakers to the historic payrolls Golden State and Brooklyn are paying this season. Even the most expensive would have barely brought them to the figure of around $250 million that Steve Ballmer will pay for a Clippers team missing its top two players this season.

Ballmer has shown himself willing to spend whatever it takes to give the Clippers a competitive edge, even in seasons when they have no chance of winning the championship. If the Lakers plan to win one soon, they’ll have to show the same commitment to spending as Ballmer.