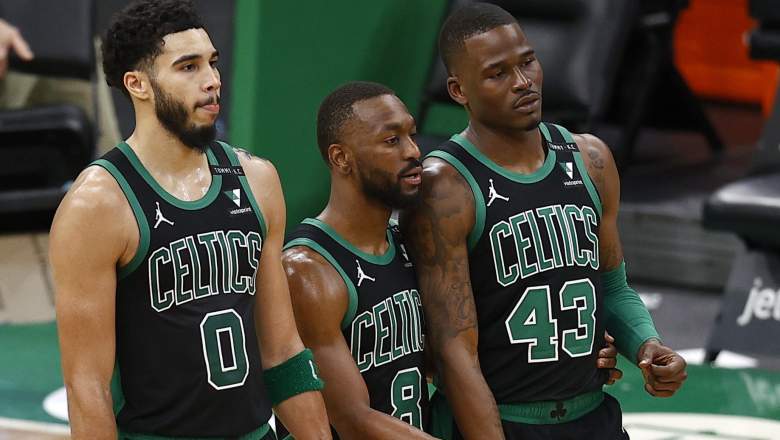 The Celtics appear to be open to trading Kemba Walker.

The Los Angeles Lakers may have to adopt a less-than-ideal scenario to improve their roster during the offseason. During an interview on the CLNS Celtics Beat Podcast, David Aldridge of The Athletic mentioned Kemba Walker as a potential business target for the Lakers.

â€œI don’t think it will be difficult to trade Kemba Walker,â€ Aldridge explained. â€œFor some of the reasons you mentioned, first of all, Kemba Walker is a hell of a player, when he’s healthy he’s a hell of a player. He’s a guy who’s going to take and hit big in the fourth quarter. He’s a guy, as you know, who was a great defensive player in his role this year. So I don’t think it will be a problem. The point guard is everything in the NBA now. You must have one. You have to have an elite to have a chance. Is he elite? Probably not, but he’s just below the elite. Like, he’s a really good point guard.

â€œIf you told me the Lakers are trying to get him, I would say ‘Yeah, that makes sense.’ You know what I mean? That makes sense. Problem is, I don’t think the Celtics want Dennis Schroder back, but you’ve got to find a way to make this deal, right? no? I wouldn’t be at all surprised if he moved this summer because, in your opinion, I don’t think it worked out the way he thought it would in Boston for him.

Statistically, Walker is posting solid numbers, but his two seasons with the Celtics have been overshadowed by a chronic knee injury. Walker on average 19.3 points, 4.9 assists and four rebounds this season. The biggest numbers are 43 appearances in the 2020-21 season and 56 starts in 2019-20. Both seasons were heavily impacted by Walker’s knee injury.

While the keeper could represent a low buying opportunity for the Lakers, Walker’s $ 36 million salary makes a deal with Los Angeles unlikely. Walker still has two years on his four-year $ 140.79 million contract Which, combined with his injury history, means the Celtics may have to give up a draft pick in a potential trade in order to get rid of his deal.

The challenge for the Lakers is that the team could have up to 10 free agents this offseason, meaning LA general manager Rob Pelinka would struggle to find matching salaries to make a deal work within limits. of the salary cap. As Aldridge mentioned, the only realistic scenario is for Dennis Schroder to decide he wants to join the Celtics in free agency, and the two teams are able to strike a deal with the point guard. The chances of there being a mutual interest between the Celtics and Schroder appear to be low.

There are conflicting reports about Walker’s future with the Celtics

In her last interview of the season, Pelinka stressed her desire to keep the â€œcoreâ€ Lakers squad together. The question is who is in that core besides LeBron James and Anthony Davis, especially after a disappointing first-round playoff exit. Some of the Lakers’ top free agents include Schroder, Talen Horton-Tucker, Alex Caruso and Andre Drummond.

Walker would give the Lakers a third star to share some of the burden with James and Davis, but his knee and the prize would likely be too risky for the team to pull off a successful deal. Bleacher Report’s Farbod Esnaashari reported there is a rift between the Celtics and Walker over trade rumors.

“A source close to Walker said he was hurt by Boston’s efforts to trade him, which created a rift in the Walker-Ainge relationship,” Esnaashari said. â€œWalker has a great relationship with his teammates and looked forward to being a veteran Tatum and Brown mentor, but the same can’t be said for Walker and the front office. He no longer feels wanted.

WCVB’s Chris Gasper challenged this report highlighting that the Celtics are committed to keeping Walker. For fans hoping the Lakers could swing for the fences by targeting Walker, there could be an appeal to the LA draft capital in exchange for taking his contract. Athletic’s Jared Weiss reported Walker has “negative business value,” meaning the Celtics may have to include draft picks in any deal involving the keeper.

â€œSeveral NBA front office sources told The Athletic this week that they still view Walker as having negative business value if the team decides to go that route during the offseason,â€ Weiss explained. “This likely means that a trade would cost the Celtics additional choices or assets to offload, although Walker is universally admired for his relentless positive attitude and hard work despite injuries.”