Lakers speculation heats up after message from Jordan Clarkson’s brother 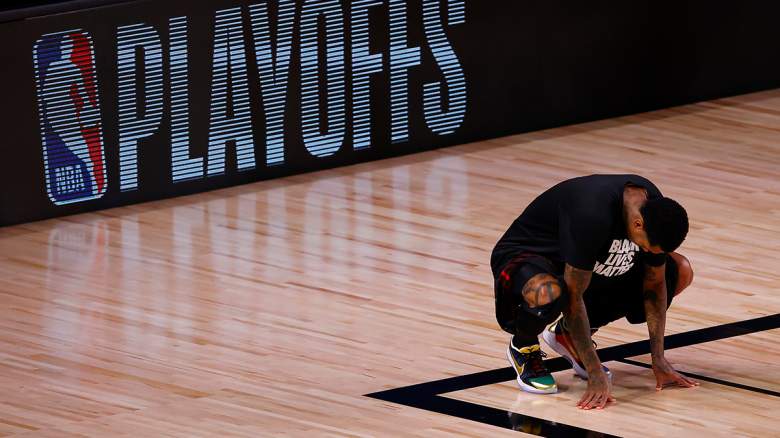 With Bojan Bogdanovic traded to the Detroit Pistons, the Los Angeles Lakers can rule out the Utah Jazz as a trade destination for Russell Westbrook. It would be much harder to make salaries work, and Utah doesn’t have much to offer that would be attractive to the Lakers. The only attractive player they have left is Jordan Clarkson.

The 2021 Sixth Man of the Year winner is probably going to be gone at some point. Clarkson originally entered the NBA as a Laker. He spent four seasons with the team before being traded to the Cleveland Cavaliers. He’s been one of the best sixth men in the league in recent years and could be an interesting player to target if the Lakers are interested.

Something worth watching is Clarkson’s brother’s Instagram. Bear Clarkson was in a sporting goods store recently when he decided to take a video of his brother’s jersey hanging on the wall. In particular, he drew attention to the fact that the jersey was next to the jerseys of LeBron James and Anthony Davis.

It could just be wishful thinking on the part of the Clarkson family. The Jazz is in rebuilding mode and the guard is 30 years old now. He’s going to want to play with a team that can struggle now. The Lakers have issues but are much closer to being contenders than Utah.

Could the Lakers still trade for Clarkson?

Trading for Clarkson is much more complicated now that Bogdanovic is gone. The Lakers have already reached an agreement with the Jazz for Patrick Beverley. The Talen Horton-Tucker contract they returned would have made it easier to land Clarkson. Los Angeles probably appreciated more what Beverley could bring to the team.

The only way the Lakers can land Clarkson is with a deal around Russell Westbrook. If Los Angeles wanted to send Westbrook to Utah in a deal that brings them Malik Beasley, Mike Conley and Clarkson, it would be possible from a financial standpoint. However, adding three guards may not be as appealing to Los Angeles. Clarkson may be a free agent after the season due to a player option in his contract, so he’ll likely have to wait if he wants to pick his next destination.

Clarkson is a very good player and could provide a lot of points off the bench. That said, the last thing the Lakers need is more guards. The team already includes Westbrook, Beverley, Austin Reaves, Kendrick Nunn and Dennis Schroder. What they lack are wings, which is why Bogdanovic called on the team.

If the Lakers advance, it must be to add wings. LeBron is the only true, proven wing on the roster. If Los Angeles is counting on a 37-year-old to be its best wing on both ends of the court, they’re in for a rude awakening. At the end of the offseason, it is difficult to see an exchange materialize. The Lakers need to rely on guards this season and hope LeBron and Davis have huge years.

Heavier on the Lakers News