Luka Doncic beat Ja Morant in a duel, got a triple-double and made NBA history overnight 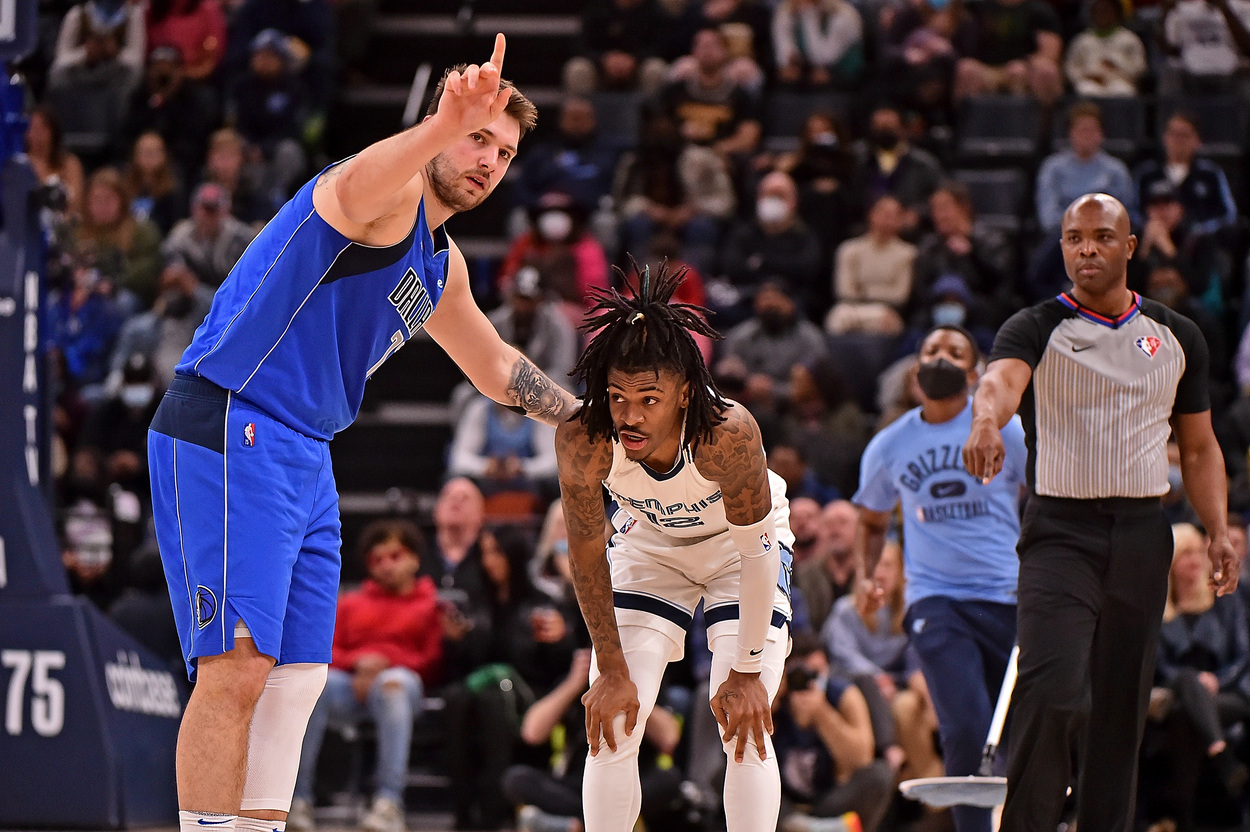 In a battle against fellow star Ja Morant, Doncic had a brilliant night in the Grizzlies’ 112-85 rout of the Dallas Mavericks. Not only that, the 22-year-old continued his meteoric rise in the record books and accomplished another historic feat.

Before Friday’s game at Memphis, ESPN NBA Countdown debated whether they would rather start a franchise with Doncic or Morant, whose play got him into the MVP conversation. Amazingly, analysts Stephen A. Smith, Jalen Rose and Michael Wilbon have all pledged their support for the 22-year-old Morant, who is now in his third season.

Perhaps all three would like to reconsider after watching the two young stars go head-to-head.

Doncic led all scorers with 27 points on 12 of 22 shooting, and that’s with a night out of the arc. Meanwhile, Morant had 19 points on 8-of-15 shooting but eight turnovers, his second-highest total of the season. The big difference was in the second half, where Luka had 18 points to Ja’s four.

True to Doncic, the fourth-year veteran also led all players with 12 rebounds and 10 assists. He now has four triple-doubles this season, the third in the NBA. The Slovenian was also part of Dallas’ second-half defensive practice, holding the scorching Grizzlies to just 30 total points over the past two quarters.

“Our defense was amazing,” Doncic said after the game via ESPN. “[The Grizzlies] have a great attack and it’s hard to stop them, but I think we did an amazing job in the second half.

Luka and the Mavs have a lot to celebrate after knocking out one of the best teams in the league. But they can also celebrate the young superstar’s rise to one of the league’s most prestigious clubs.

With a stat line of 27-12-10, Doncic earned his 40th career triple-double. He is now one of 11 players in league history to have 40 or more triple-doubles and the fifth active player. The young star is only four away from overtaking Fat Lever and officially entering the top 10.

That’s not all for Luka. At 22 years and 320 days, he became the youngest player in league history to reach 40 triple-doubles. And only Oscar Robertson, the longtime stat king before Russell Westbrook, reached it in fewer games than Doncic’s 226 (The Big O did it in 92 games, by the way).

Considering he’s still weeks away from his 23rd birthday, Doncic still has plenty of time to continue climbing the triple-doubles list. With 40 triple-doubles in 226 games, he’s on course to reach 80 in his 452nd game, which could come in three seasons.

Luka could very well be in the top six of the all-time triple-doubles list despite being only 25 years old. Not too bad.

The pregame chat on ESPN is a perfect example of how recency bias can change everything. A year ago, Doncic was one of the undisputed top five players in the sport and a perennial MVP candidate. Now the fourth-year star is replaced by Morant, who, with all due respect, never put Luka’s numbers.

It’s not to say Doncic should to be the MVP this season. His 24.8 points per game are slightly below his career average, although he is handing out a personal best 8.9 assists. And there are players like Stephen Curry, Giannis Antetokounmpo and Nikola Jokic who deserve more attention this year. But that doesn’t mean Luka isn’t a generational talent capable of lifting a franchise.

Due to an ankle injury and a trip to health and safety protocols, Doncic has missed 15 of Dallas’ 42 games. When he’s out, the Mavs are 6-9. But with their star they are a solid 17-10. They have been particularly strong since Luka left Protocols on January 1, going 6-1 in the new year. During that streak, Doncic is averaging 21.8 points, 10.3 assists, and 10.2 rebounds while playing much improved defense from previous seasons.

It may be too late for Doncic to enter the MVP conversation. But he should never be left out of the superstar discussion.

All statistics published with the kind permission of Basketball Reference.