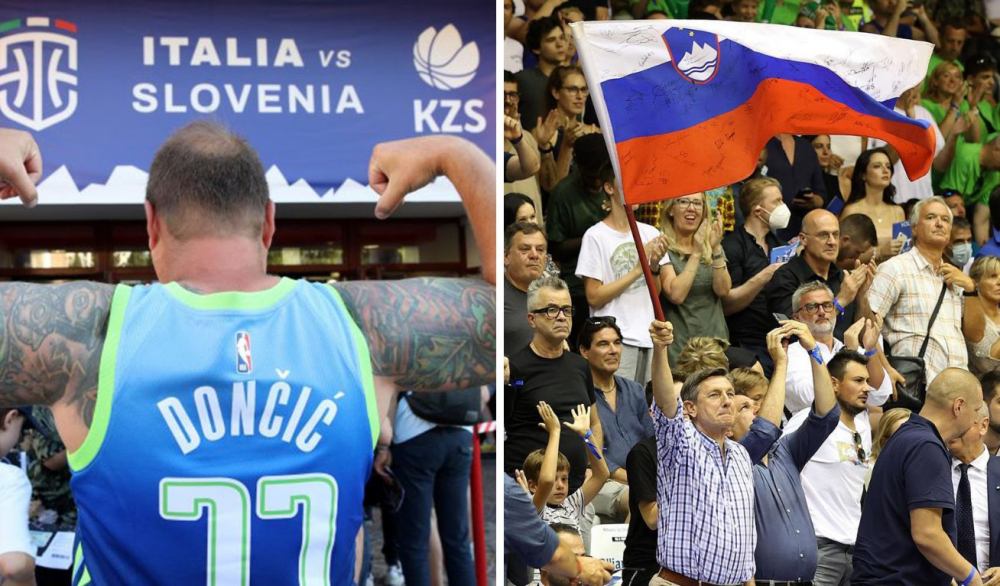 Although Goran Dragic made his return to the national team after almost five years apart, all eyes were on Luka Doncic.

The Dallas Mavericks superstar lured fans to the Trieste Allianz Dome long before the start of the friendly match between Italy and Slovenia. 90 minutes before the game, a long line of fans could be seen outside the venue, all waiting to see their idol.

More than an hour before the match, hundreds of people watched Luka and other Slovenians fire warm-up shots. Many fans admitted that their main reason for coming was not to watch Slovenian or Italian national teams, it was Luka Doncic.

“When I heard he was going to play, I immediately bought a ticket. Luckily they were still available,” a Slovenian fan told SportKlub Slovenija. A local basketball fan even openly admitted the fact. “I’m from Trieste. My dad and my friends too. We’re not here because of the Italian national team. No, not today. We’re here because of Doncic,” he said.

In a game also attended by AX Armani Exchange Milan head coach Ettore Messina, Doncic scored 12 points on 4-for-12 shooting, grabbed 7 rebounds and provided 5 assists to lead the team to a comfortable victory,

Not only Slovenian fans wore Doncic shirts in the arena last night. Although only a small part of the site was dedicated to dedicated fans of the Slovenian national team, hundreds of people could be seen wearing Slovenian Mavericks or Doncic jerseys.

The first game of the FIBA ​​Basketball World Cup 2023 Qualifiers window against Croatia on June 30 in Ljubljana has been a highlight in the Slovenian basketball community ever since it was announced that Dragic and Donic would be coming. to play.

Even though the Slovenian Basketball Federation raised prices before the battle, tickets for the game were sold out in just two hours. Those who didn’t manage to get the tickets chose to go to Trieste to see the Slovenian basketball idol.

500 places have been allocated to Croatian fans for the World Cup qualifier match. Afterwards, more than 12,000 locals will cheer on their two beloved superstars. After hosting Croatia, the team will next travel to Sweden to close out the qualifying window on July 3.