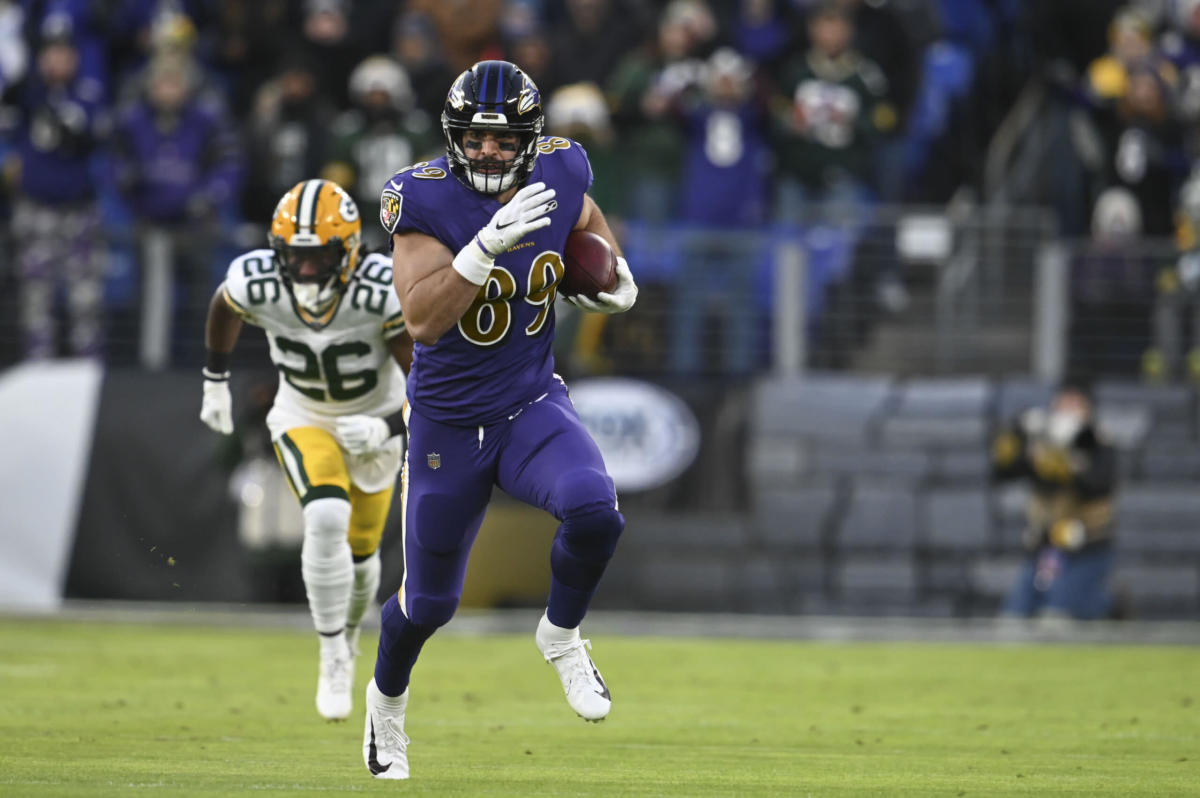 The Ravens selected Hayden Hurst No. 25 overall in the 2018 NFL Draft, 61 spots ahead of where they took Andrews in the third round at No. 86 overall. It just goes to show that player evaluation is never an exact science and teams miss all the time.

In their career, Andrews has 138 more receptions, 2,162 more yards and 17 more touchdown hours than Hurst in their four years. Hurst has been solid since leaving the Ravens but is now on his third team, joining Super Boal runners-up Cincinnati. Andrews, however, has a big contract with his original team and is considered one of the best tight ends in the NFL. Mark Schofield had Mark Andrews at No. 3 on Touchdown Wire’s top 12 tight ends in the NFL heading into 2022.

Were it not for the presence of the next two players on our list, Baltimore Ravens tight end Mark Andrews might be the game’s most important — and best — tight end. Andrews handles a number of roles in Baltimore’s offense, from perhaps being the focal point of their passing game as well as a key contributor to their various running patterns. – Schofield, TouchdownWire

Finding a good-to-great tight end in the NFL has become almost as difficult as finding a good quarterback. With teams becoming more passing-focused at all levels of football, the dual-threat tight end, someone who can block and catch with equal effectiveness, is becoming increasingly rare.

Despite playing tight end, Mark Andrews is the No. 1 target of the Baltimore Ravens passing offense for quarterback Lamar Jackson. Andrews led the Ravens in targets, receptions, yards and touchdowns in 2021, and the team’s No. 2 player, Marquise Brown, was traded to Arizona this spring. Rashod Bateman is expected to step up in his second season, but the ball will continue to go steadily to Mark Andrews.

Andrews comes in behind Travis Kelce and George Kittle, the two guys who have been considered the best tight ends in the NFL for several years now. But with Andrews’ quality last year, he’s poised to join Kelce and Kittle at the top of the NFL tight end rankings.