Men’s and Women’s Salaries in NBA and WNBA Differences 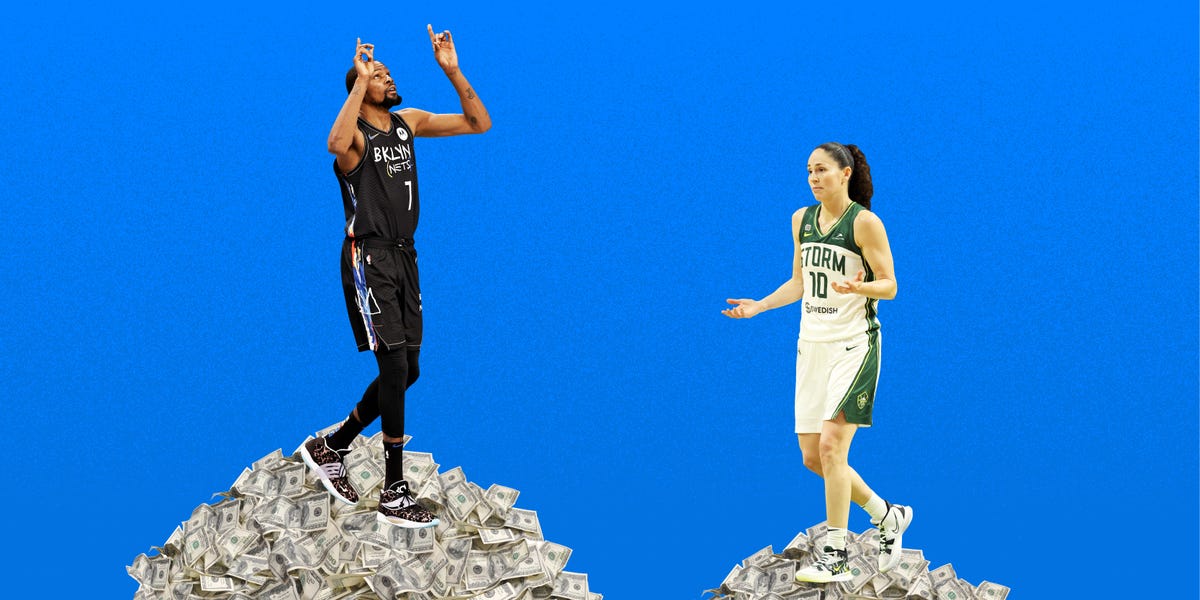 It’s no surprise that NBA players earn more than their WNBA counterparts, but the gap between the two is still shocking, especially since both are big favorites to win gold medals. in Tokyo.

For example, Kevin Durant earned a salary of $ 39.1 million in the 2020-21 NBA season, the most players on the U.S. men’s roster, according to Spotrac.

In fact, the women’s team’s WNBA collective salaries stand at just $ 1.8 million – less than what Keldon Johnson, the lowest-paid player on the men’s team, did in 2020-21.

When added up, the sum of annual NBA salaries for USA Basketball male players is 128 times greater than the combined WNBA earnings of the entire women’s team.

The disparity could have been even greater. Bradley Beal and Kevin Love were forced to miss the Olympics due to COVID-19 protocols and injury – the two players earned $ 34.5 million and $ 31.2 million respectively in 2020-21. They were replaced by Johnson and JaVale McGee.

WNBA players are not naive that their league generates much less revenue than the men’s game. Superstars like Sue Bird have even expressed that they don’t think WNBA players “should get the same money as NBA players” – at least not yet.

What the WNBA needs, according to Bird, is “the same media coverage and corporate sponsor appearance” as the NBA – which is 50 years older and more established. Then, says Bird, “we can grow the business and… when it’s really good – like the NBA is – then we can get that money.”

For years, WNBA players have also argued for a share of league revenue proportional to what NBA players receive.

While often misinterpreted as an offer for the millions of stars like LeBron James and Stephen Curry who win each season, the players have simply pushed for a bigger percentage of the pie. While James and Curry have long enjoyed an income split close to 50-50, the WNBA figure hovered around 20%.

the The WNBA’s New CBA, which came to fruition in January 2020, offers players a chance to earn that same split provided the league meets its revenue targets. It also included significant increases in player salaries, a larger marketing fund, and additional cash compensation opportunities for players.

In 2021, the WNBA’s supermax salary was $ 221,450, about $ 100,000 more than before the new CBA came into effect. It’s still a long way from the command of several million NBA stars, but with time and equal investment, the league could make some headway in that department.