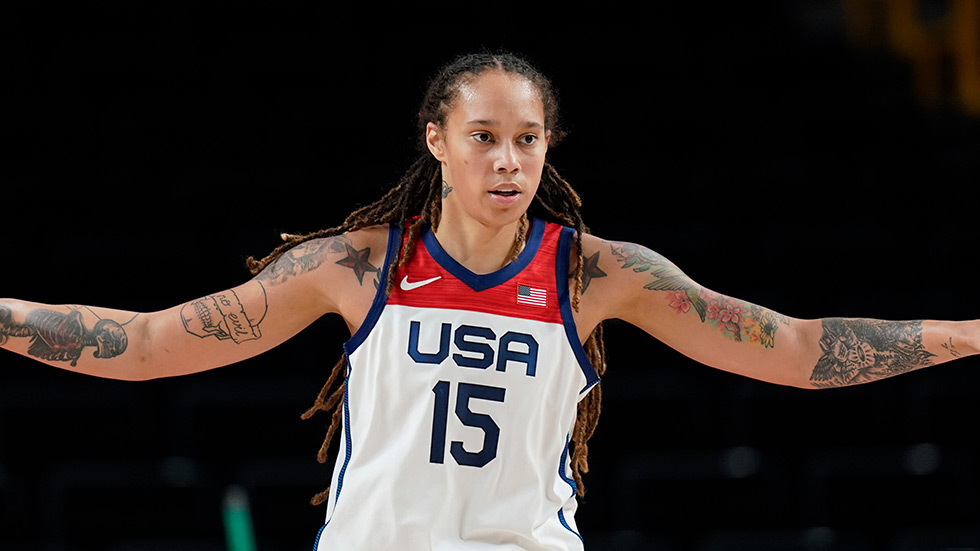 The NBA commissioner said in an interview on Tuesday that he was working in coordination with the WNBA commissioner to try to secure the release of WNBA star Brittney Griner from Russia.

During interview with NBA commissioner Adam Silver, ESPN’s Malika Andrews asked him about the NBA’s role in helping Griner get out of Russian custody, noting that the WNBA and individual NBA players had raised awareness on the public to his detention but that the NBA itself had therefore done less.

“The league and through it, both the WNBA and its sister league, the NBA, we have a huge responsibility to Brittney. Griner is one of our players. I mean, part of our decision not to take on a higher profile here, frankly, came at the suggestion of government and outside experts who felt that the best way to get Brittney out was not to ‘magnify the problem,'” Silver said.

“Cathy Engelbert, the commissioner of the WNBA, is on this issue every day. I work side-by-side with her, but we’ve been in contact with the White House, the State Department, hostage negotiators, you know, at all levels of government and also in the private sector,” a- he added. “So our number one priority is her health and safety and getting her out of Russia.”

The interview comes as Griner has been detained in Russia since February after officials allegedly found cannabis vaping cartridges in her luggage. The final extension of his detention is set to end next month.

Organizations such as Black Feminist Future and politicians have spoken out in recent days, calling for Griner’s release.

“It is important for her to be released so that she can return to her family, her community and her sport. She has been detained without cause and I will have no rest until Brittney is free again at her home in the United States, welcomed by her family, her community and her team,” said Rep. Sheila Jackson (D -Texas) in a statement. shared by Black Feminist Future. “Justice for Brittney Griner now!”

In a statement shared through the US Embassy in Moscow, US Ambassador to Russia John Sullivan said the embassy was denied the opportunity to visit Griner for the third time in May.

“A consular official was able to speak with her on the sidelines of her legal proceedings on Friday. This consular official came away with the impression that Brittney Griner is doing as well as expected under conditions that can only be described as extremely difficult,” State Department spokesman Ned Price said during a briefing. tuesday.

“More broadly, I can confirm that Secretary Blinken had the opportunity in recent days to speak with the wife of Brittney Griner. He reiterated the priority we place on the release of all Americans around the world, including Brittney Griner in the Russia case, Paul Whelan in the Russia case – these are Americans we consider to be wrongfully detained. This has been a priority for Secretary Blinken since the early days of his term,” he said. -he adds.