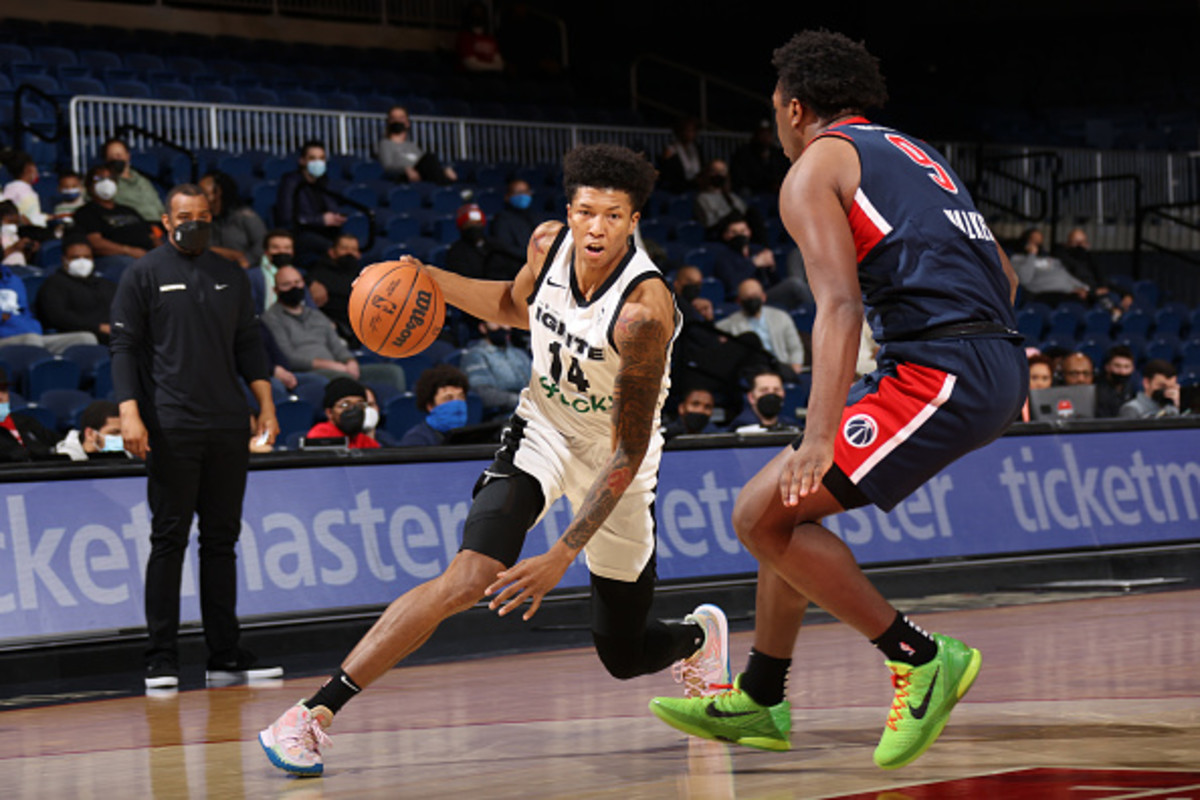 The Dallas Mavericks will have a pick in the draft for the first time since the infamous 2020 NBA Draft, when they made three selections in the top 40 picks – Josh Green (18), Tyrell Terry (31) and Tyler Bey (36). Green is the only player of the three to remain on Dallas’ roster two years later.

Since that time, the Mavericks have seen the entire roster and personnel overhaul, with Nico Harrison replacing Donnie Nelson as general manager. Since this is Harrison’s first draft (with a real pick to use), it’s unclear what type of player the Mavs will be targeting.

Due to the unpredictability, the best way to predict what the Mavs will do is to assume they will be targeting the best players available, regardless of position, as the roster could face an even bigger overhaul. Here’s a list of some of the top prospects Dallas could select on June 23. It’s based on who is supposed to last until the 26th pick, so that excludes lottery talents, and players generally don’t care about the top 18:

The Mavs have an obvious hole at both forward and center positions, and Jaylin Williams could be a good fit both now and in the long run. Williams does just about everything at a good level, but doesn’t do anything at a very good level. Normally that can be a problem, but the Mavs’ bigs need more skill-based ability, and Williams can provide under-the-edge finishing, play, perimeter defense and growth as a shooter.

Adding a big man who can safely guard multiple positions on the perimeter would be extremely valuable to the Mavs frontcourt. While Williams lacks rim protection and above-the-rim finishing in traffic, he still finds a way to impact the game and overcome his shortcomings.

If the Mavs want an explosive center with high potential on both ends, Kamagate should be Dallas’ first choice. With incredible length to block shots, Kamagate is never out of play defensively. This range and explosiveness also comes with the ability to defend the perimeter and handle some guards on the discs.

While Kamagate may still be a little inconsistent for a 21-year-old player, defensive boost flashes may be too high to pass up after a certain point. Offensively, there are indications of mid-range shooting development, and as an off-pick & rolls diver, Kamagate poses a threat as an inside finisher.

The fact that Kamagate worked with Dirk Nowitzki’s longtime mentor Holger Geschwindner less than a year ago probably doesn’t hurt the Frenchman’s chances of ending up in Dallas.

After taking a year off after graduating in 2020 to train, Marjon Beauchamp lived up to his high school status (#56 rookie in the nation) as a member of the G League Ignite. Beauchamp offers value as a slasher and defender with his top-notch athleticism.

A great swing skill for Beauchamp is his ability to pull jumps. His midrange jumper is strong, but his 3-point percentage (28.5%) and uncertain free throw percentage of 70.6 raise some concern about how much improvement is possible in the NBA.

Moore has NBA-ready body and strength with a seven-foot wingspan. He also has experience in a complementary role like he would in Dallas if selected by the Mavs. Moore has gained experience this season playing with a starting lineup of future NBA players — all of whom could be first-rounders.

Moore maximized his shooting efficiency, grew as a passer and played good defense in his role, being able to guard multiple positions due to length, strength and IQ. His only glaring flaw is his ability to blow, or lack thereof, against tight defense, which can limit him to being an off-ball player. Although Moore lacks star power, he fits in next to the current Mavs core on paper, and he would likely be one of the most complete wings on the roster in terms of raw skill from day one.

The Mavs have always had an affinity for players who have an elite work ethic – players who live and breathe the game. Jake LaRavia fits the bill for those elite intangibles that Dallas seeks, in combination with a skill set translatable as a forward combo. With adequate lateral quickness and intelligence not to get lost defensively, LaRavia can defend enough on the defensive end not to be seen as a liability.

In a defensive system like Dallas, LaRavia’s shortcomings can be easily masked. Offensively, LaRavia can handle the ball to create his own shot, including a deadly spin. He is comfortable absorbing contact, reaching the free throw line and using his soft touch to complete contact. On top of that, he has an NBA projectable jump shot with an ideal exit.