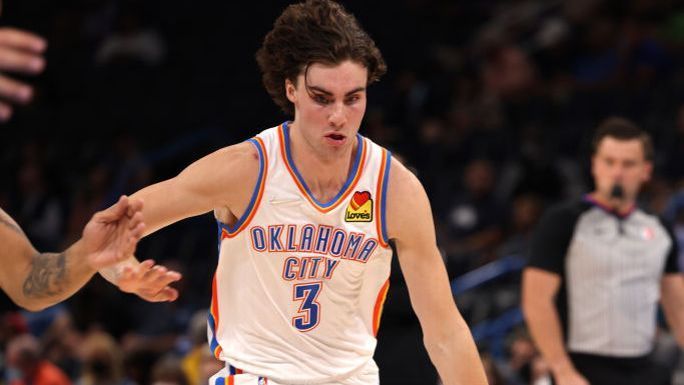 Australian rookie Josh Giddey made an immediate impression on the NBA scene, turning heads with a mature performance in the Oklahoma City Thunder’s first preseason game.

The Thunder lost 113-97 to the Charlotte Hornets, but the No. 6 draft pick got fans excited by showing his passing ability and feeling around the edge.

Melbourne-bred Giddey, who only managed five minutes in the Summer League before suffering an ankle injury, was in the action from the start and took on greater ball-handling tasks as and when the match was progressing.

The 203cm point guard dazzled with a left hand cross pass to Theo Maledon and finished with a record 18 points, along with seven rebounds and three assists in 29 minutes of play.

“As we know, there are a lot of ups and downs.

“He looked like that in training but you never know until the game starts.

“He looked comfortable there.”

Giddey was named NBL Rookie of the Year last season after playing for the Adelaide 36ers.

Former NBL goalie LaMelo Ball was in good shape for Charlotte, finishing with 15 points, six assists and five rebounds in the Hornets’ win.

Elsewhere, Australian center Jock Landale had eight points, six rebounds and three assists in 15 minutes on the bench as the San Antonio Spurs scored a 111-85 victory over the Utah Jazz.

Landale shot the ball 2 on 4 from long distance and threw a dunk to open his scorecard, but also committed five turnovers.