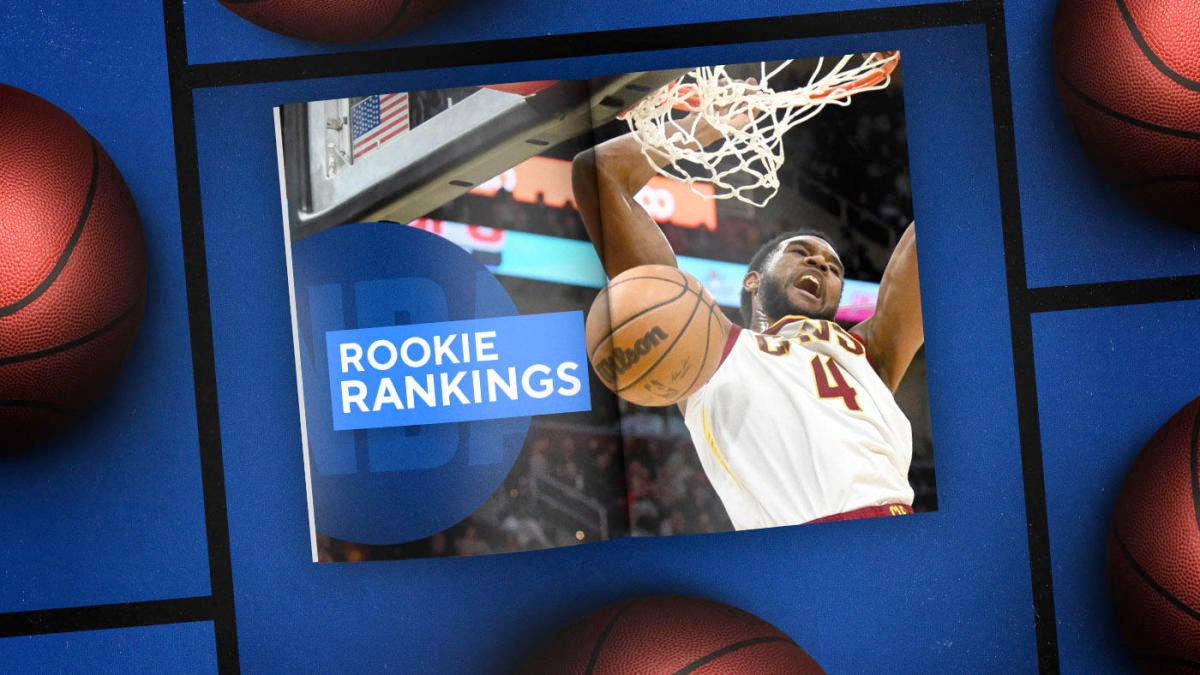 There has been a lot of talk recently about the Rookie of the Year award and who deserves it. In most years, the prize is usually awarded to the player with the most points on average. It’s hard to look past those numbers for first-year players, as most of them are on rebuilding teams that allow them to get enough shots to get big numbers. We’ve certainly seen that in some instances this season –– think Cade Cunningham’s situation in Detroit or Jalen Green’s situation in Houston. Both guys are first and second respectively in points per game among rookies, and in Cade’s case, should be mentioned in conversation for rookie of the year.

But if we rank the top three signings in the class this season, Cunningham would be behind Evan Mobley and Scottie Barnes. These two players have the best argument for Rookie of the Year right now. Not only do they have the numbers – Barnes averages 15.3/7.6/3.4 and Mobley averages 15.1/8.3/2.6 – but they’ve both been consistent throughout. of the season and have had a huge impact on winning teams that appear to be in the playoffs.

I couldn’t tell you who I’d vote for right now because as impressive as Mobley has been on defense all season and seeing his offensive game develop, Barnes has been just as good on defense, a wrecking ball on offense and has had to fill many roles for the Raptors this season. At one point in the season, I felt like Mobley would run away with the award, but Barnes closed that gap significantly, to the point where I don’t think there’s a bad pick in winning it.

Let’s move on to this week’s ranking. Remember that these will reflect a rookie’s performance on a weekly basis only, not the collective season. This is not the rookie of the year ranking. With that settled, here’s a look at the league’s most successful rookies.

There’s not enough to say about Cunningham’s ability to lead Detroit’s offense this season, especially lately. That shouldn’t come as a surprise, considering he was expected to be an elite playmaker, but it’s still a bit shocking when rookies are this okay, it’s early. He’s still prone to typical rookie mistakes, mostly turnovers, but that aside, Cunningham has played like a guy way beyond his years. It’s not that he throws flashy passes, although he’s capable of throwing in a few now and then. He just makes smart basketball decisions when he has the ball in his hands and always thinks a few steps ahead of the defense.

Take that possession against the Clippers, a game in which Cunningham finished with 23 points, 10 assists and nine rebounds. As soon as Saben Lee advances the ball beyond half of the field, Cunningham already signals the ball, realizing that the defense of the playing zone of LA. He exploits the Clippers’ fourth-ranked zone defense and immediately sends the ball to an open Isaiah Livers in the corner for a 3-pointer:

Exploit is a big word to describe Cunningham’s ability to bend the defense to his will. He never seems rushed in his decision-making and his eyes always scan the ground to make the right play. When luring defenders out of a pick-and-roll situation, he is always calm and knows exactly what play he wants to do, like this alley-oop to Marvin Bagley Jr.:

Cunningham’s ability to operate with one defender in front of him and another on his hip reminds me so much of Luka Doncic, who mastered the drawing in defense only to deliver an over the shoulder pass or other dazzling assist. Cunningham plays with a similar pace and feel to Doncic, and if that’s his starting point as a rookie, it’s unclear how high his ceiling can be in this league.

What’s been most impressive about Mobley is his consistency all season and his impact in winning a Cleveland team that has surprised everyone this year with its solid defense. Monday night against the Clippers, he showed every facet of his game, resulting in a season-high 30 points, to go along with six rebounds, two steals and two blocks.

It was Mobley’s fourth game to play without Jarrett Allen in the frontcourt at his side as the Cavaliers big man recently fractured his finger. In those four games, Mobley was more present on offense and as a result, he averaged 22 points, 9.3 rebounds, 2.3 assists, 2.3 steals, and 1.5 blocks per game. Against the Clippers, Mobley got everything he wanted on the bottom and took advantage of the wide yard spacing without Allen on the court.

Defensively, Mobley had three incredibly tough draws last week when he was tasked with guarding Bam Adebayo, Nikola Vucevic and Ivica Zubac. He’s done a solid job in all three games, but it’s also obvious that he still needs to put on some weight and muscle so he’s not so easily shifted to the low post. Zubac and Vucevic exploited this by posting it last week, and it often resulted in an easy bucket. However, Mobley’s length and ability to control defenders on the wing is hugely important for the Cavaliers, and that was on full display again this week.

Barnes ticks many of the same boxes as Mobley, and he had to do so in a role that constantly changed throughout the season. He has often been asked to guard the opposing team’s best player, especially as Pascal Siakam and OG Anunoby have been in and out of the line-up. Like Mobley, Barnes can come out on the wing and defend, and he can defend a bit better at the low post due to his size and strength. Against the Lakers, he harassed Russell Westbrook and LeBron James on the perimeter, and on offense he wasted no time punishing the LA defense on the inside.

In the first quarter alone, Barnes had 15 points and single-handedly edged the Lakers, as the Raptors held LA to just 12 points in the first quarter. He was getting second-chance buckets, pulling players off the dribble and using his strength to force his way to the paint and even hit in a triple:

It wasn’t Barnes’ only impressive performance of the week, either. Against the Nuggets, he kept getting to his places around the rim, sinking floaters, hook shots, blocking home dunks and smashing the glass for comebacks. Barnes has been so impressive in the paint this season – especially in transition – that it has become an absolute necessity for opposing teams to keep him out of the position. However, it wasn’t exactly easy to do. Watch how easily he skates to the rim after feigning the dribble pass to Armoni Brooks:

It feels like every game you look at the box score after the first few minutes and see that Barnes has already totaled 10 points in the first quarter after battling for offensive boards and bullying his way to the edge. He was key to the Raptors starting games so strong, and so far few teams have found a way to stop that.

Since the All-Star break, it feels like Green has really started to turn a corner, and in March what really stood out was his finishing rate around the edge. Green has completed more than 75% of his shots at the rim this month, which ranks in the 97th percentile among league guards in that span. It’s by far his best month in terms of efficiency around the basket, and you can see the natural improvement when you watch him play. Green finished more controlled around the rim, and he also becomes easier on the descent thanks to his grip.

Oh, and then there’s the fact that the Rockets rank 10th in the league going out in transition, which is perhaps where Green is at his most dangerous results in games like these:

His absurd athleticism is starting to refine so it’s more controlled and less wild than we saw at the start of the season. He still has plenty of room for improvement, namely his effectiveness everywhere else on the pitch, but we’re starting to see a lot of late-season flashes from Green that hint at the kind of player he can become in a few years. .

With star guard Damian Lillard out for what looks like the rest of the season with CJ McCollum traded to the New Orleans Pelicans, Portland’s huge roster holes have allowed some youngsters to shine recently. Watford is the latest example of that for the Trail Blazers, as the undrafted rookie made the most of his two starts last week. Watford knocked down a few 3s, but did most of their damage at half distance and around the edge. In a win over the Wizards, he had 27 points, while shooting 68% from the field. He’s doing everything he can to prove his worth to a Portland team that faces an uncertain future heading into the offseason. Play-in tournament aside, the Blazers will likely look to revamp their roster around Lillard for next season, and while Watford may not be a key part of that, he could become a trade asset for Portland. if he continues this game.