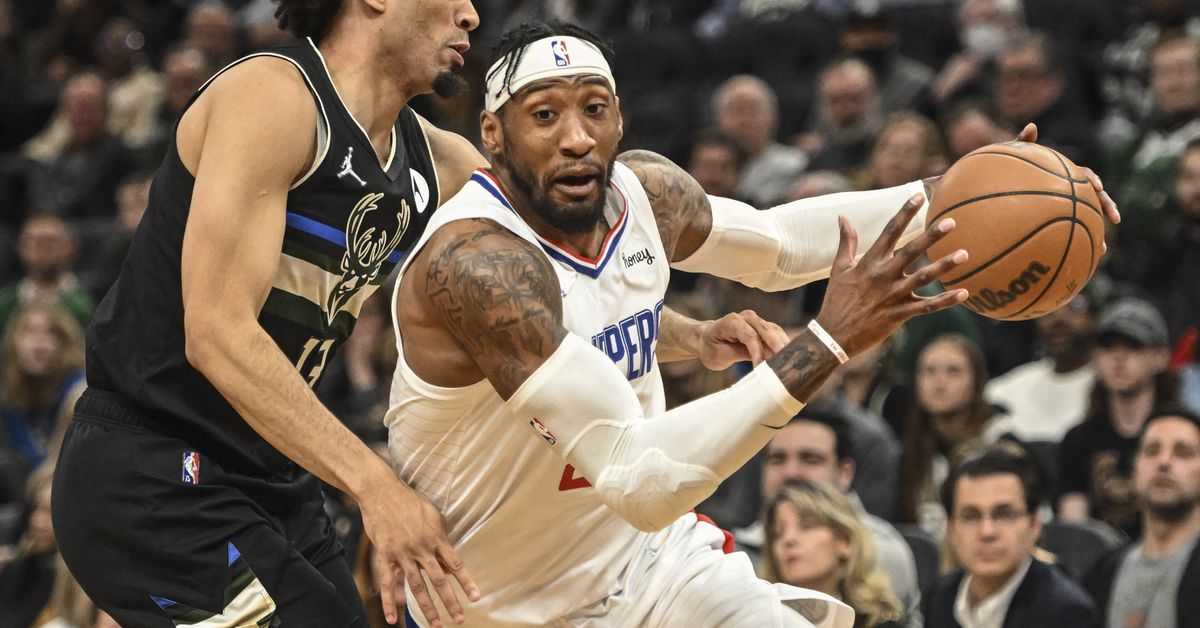 April 2 – Robert Covington scored a career-high 43 points on 11 3-pointers as the visiting Los Angeles Clippers routed the Milwaukee Bucks 153-119 on Friday night to snap a four-game losing streak on the road.

With four of Los Angeles’ starters out, Covington added eight rebounds and shot 15 of 24 from the field to hand the Bucks their first home loss since Feb. 26. His 11 3-pointers are the most in a single game in Clippers franchise history. .

Los Angeles’ 153 points were also the most in a regular season game in franchise history, breaking the previous record of 152. Amir Coffey finished with 32 points and Luke Kennard had 23 points for the Clippers.

Jordan Nwora beat Milwaukee with 28 points on 10 of 16 shooting. Bobby Portis provided 25 points and eight rebounds for Milwaukee, which lost just the fourth time in 16 games.

Ziaire Williams scored 19 points as the Grizzlies received double-digit performances from seven players to claim their ninth straight at home. Memphis opted to rest several players after clinching the second seed in the Western Conference following their 112-111 win over the San Antonio Spurs on Wednesday.

Memphis held a decisive 16-2 advantage in offensive rebounds and enjoyed 20 turnovers by Phoenix. Devin Booker scored 41 points on 17 of 28 shooting for the Suns, who shot 54.7 percent from the floor.

Orlando, who committed 21 turnovers that resulted in 32 points for the Raptors, was led by Mo Bamba’s 15 points and 10 rebounds.

Devin Vassell scored 22 points and Keldon Johnson added 21 to lead a balanced offense as host San Antonio produced a huge first half and rolled past Portland.

Zach Collins added 15 points and nine rebounds off the bench for the Spurs, who won for the fifth time in six games.

Keon Johnson had 20 points and led eight players to score in double figures for the Trail Blazers, who were knocked out of the playoffs after their sixth straight loss and 16th in 18 games.

The Timberwolves’ Anthony Edwards had 18 points, Taurean Prince scored 16 and Malik Beasley finished with 15 points when he returned to the lineup after missing two games with an ankle injury. Minnesota won for only the second time in six games.

Nikola Jokic had 38 points, 19 rebounds and eight assists, Aaron Gordon had 24 and Monte Morris had 23 for the Nuggets, who were on a three-game winning streak.

The Wizards never trailed and led by as much as 34 points en route to the fourth win in the last five games. Washington shot a blistering 17 of 33 from beyond the 3-point arc, on a 54.4 percent shooting effort from the floor.

Luka Doncic was responsible for five of the Mavericks’ 13 turnovers, although he led all scorers with 36 points. He also recorded seven rebounds and six assists. Dallas’ Jalen Brunson added 21 points.

The Kings recovered from a 19-point deficit in the Finals after claiming a 121-118 win on Wednesday. Jones posted 17 points and 17 rebounds while stopping six shots, and Metu added 18 points and 13 rebounds off the bench. Donte DiVincenzo finished with 19 points, nine rebounds and nine assists for Sacramento.

Jaylen Brown had 32 points on 12-of-18 shooting and Jayson Tatum added 31 points as Boston held off visiting Indiana.

Six of the eight players who have spoken for the Celtics have scored in double figures. Al Horford had 17 points, 10 rebounds and six assists to help Boston break a two-game skid.

Tyrese Haliburton led the Pacers with 30 points despite being fouled with 8:13 left. Oshae Brissett and Jalen Smith added 17 points apiece for Indiana, which has dropped six straight.

Killian Hayes and Frank Jackson scored 26 points apiece to lift Detroit over host Oklahoma City as several players from both teams played sparingly or not at all.

The Pistons won their second straight game. The Thunder lost for the 13th time in 15 games to move within half a game of Detroit for the third-worst NBA record. The bottom three teams in the league have the best chance of earning the first overall pick in the NBA Draft this summer.

CJ McCollum scored 32 points and Brandon Ingram added 29 as visiting New Orleans helped their game-tournament cause with a win over Los Angeles.

Jonas Valanciunas added 17 points and 12 rebounds as the ninth-placed Pelicans trailed the 11th-placed Lakers by three games and two games ahead of the 10th-placed San Antonio Spurs.

Despite Anthony Davis and LeBron James returning from injury, the Lakers lost their fifth straight game as their hopes of playing late in the regular season continued to fade. Davis drove in 23 points and James had 38 points and eight rebounds in 40 minutes.