NBA rumours: Lakers offered Russell Westbrook to ‘at least 5 teams’ around the league 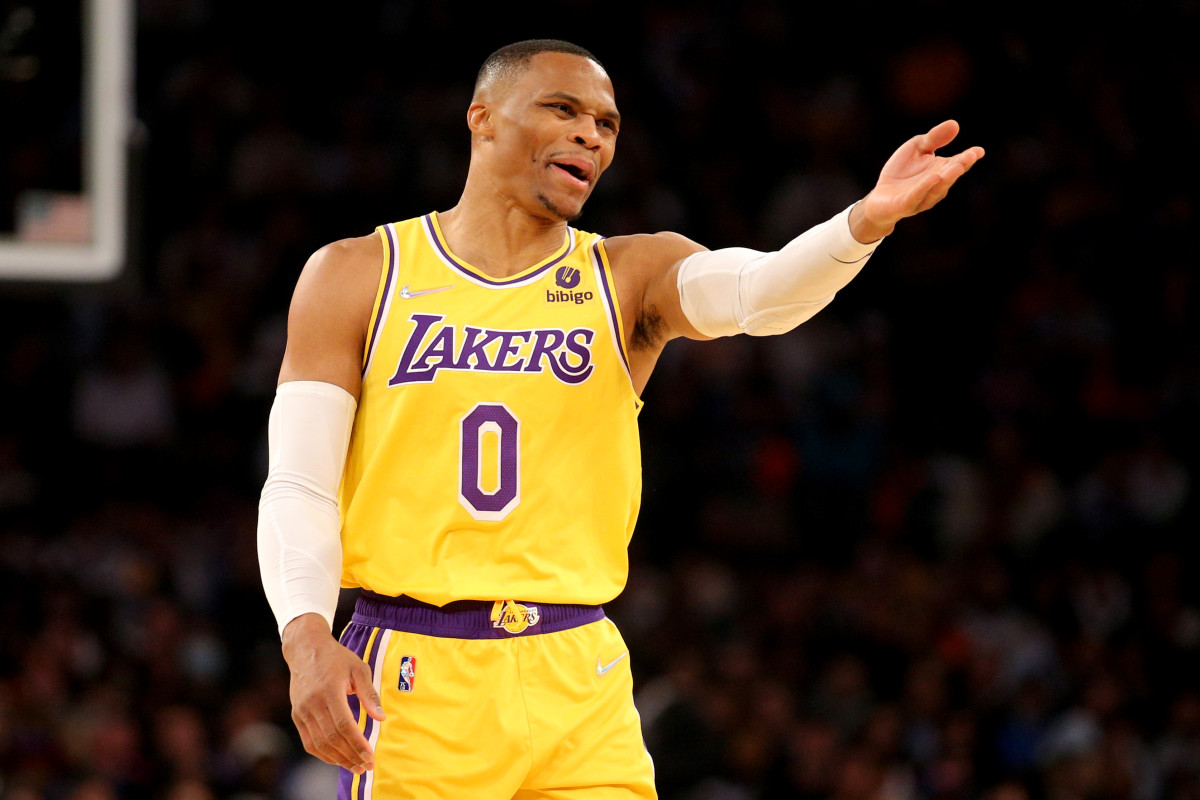 Despite all the rumors surrounding him, Russell Westbrook is still part of the Los Angeles Lakers organization. The former NBA MVP hasn’t had the best 2021/22 season, struggling to find his rhythm in a team that has suffered numerous injuries throughout the season, becoming one of the most disappointing teams in all the time.

Russ received a lot of criticism for his performances, and now the Lakers fan base wants nothing to do with him. However, the team haven’t been able to find a business partner for the player which means he’s likely to stay with them at least until the start of the new season.

Still, that doesn’t mean the Lakers have given up on trying to move Westbrook. Recent reports suggest the Utah Jazz and Indiana Pacers are his likeliest landing spots if the Lakers make a trade, but at this time nothing is certain. Well, these don’t seem to be the only candidates to land Westbrook’s big deal.

The Lakers would have offered Westbrook to at least 5 teams

The Purple and Gold are trying to improve their ranks ahead of next season, and the front office hasn’t stopped trying to shop Westbrook. According to Sam Amico of Hoops Wire, Rob Pelinka has contacted at least 5 rivals to gauge interest in Westbrook, but nothing has gained traction so far.

Give Lakers general manager Rob Pelinka credit for at least doing his due diligence on a potential trade to Russell Westbrook.

This offseason alone, Pelinka has spoken to no less than five Westbrook rival teams, multiple league sources told Hoops Wire. So far, however, the Lakers aren’t close to anything and are beginning to suspect Westbrook will be back at least for the start of the season, sources added.

As we relayed, they spoke to the Pacers, Jazz and Nets over the summer.

The Lakers stint is coming to an end for Russ. Even though new head coach Darvin Ham has said he wants to give him a new role in the team, many people think and want Russ to leave the team. Patrick Beverley’s recent trade has only made things worse for him, as the Lakers could use Bev in the starting lineup or as a second-unit leader.

The Indiana Pacers and Utah Jazz seem like the best options for the Lakers, but we have to sit back and wait for what they will do to get rid of Russ and bring in some players who can improve their level.