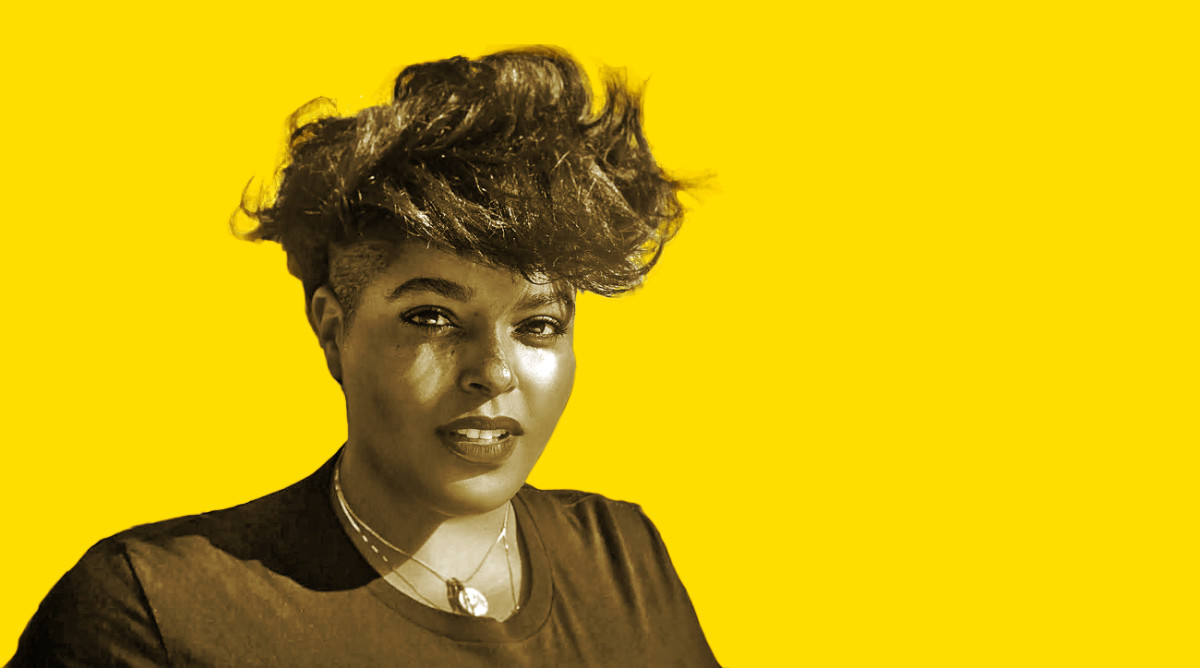 Sports Illustrated and Empower Onyx highlight the diverse journeys of black women in sports – from veteran athletes to rising stars, coaches, executives and more – in the series, She-evate: 100 Influential Black Women in Sports.

Stylist, designer and consultant Courtney Mays is the visionary behind some of the NBA‘s best-dressed players. Today, thanks to Mays and the mentors she credits before her, like Rachel Johnson, stylist to LeBron James, the convergence of style and sport is happening in the tunnels of league arenas, game after game.

“I think Rachel really kicked off the idea that the tunnel could be this five-second track,” Mays says. Players no longer arrive with their heads down in ill-fitting sweatshirts or jumpsuits; the new NBA players‘ pre-game uniform consists of luxury brands, tailored suits and intentionally styled apparel. But it’s not just about showing off or competing for best dressed player – the weekly parade is about letting the world know there’s something to be said that’s louder and more impactful than any three point shot or triple double.

“LeBron, Dwayne Wade, Chris Paul, Carmelo Anthony are veterans of this movement. We pay attention to what they wear when they enter the arena. Now what you see are the guys taking their power back,” Mays says. “I can dribble, I can dunk, but I’m also a businessman, or I have an affinity for fashion. As you’ve seen Klay Thompson enter the arena on his bike and Russell Westbrook, he really pushes the boundaries with his style. It’s cool that guys started using style to influence a culture.

Mays understands that it can start with fashion, but that’s the vehicle, not the message. It’s about an image – how the world views you is important, especially as a black man or woman.

“I think black people are the arbiters of style. Most of our country is based on black culture’s definition of what’s cool, whether it’s music, fashion or food,” Mays says. “Whether our counterparts realize it or not, they idolize these athletes, and they are black men and women. We can hold on to that power if we allow ourselves and use style to be in that conversation.

While fashion and sport may seem opposites, for Mays both are part of her DNA. Her father, an NFL player, and her mother, a flight attendant, instilled in her a strong sense of style and the importance of always looking your best. Growing up in Cleveland, Courtney always enjoyed sports, playing basketball, field hockey and lacrosse throughout high school. She went to the University of Michigan, destined to become a pediatrician. Like college, it teaches us to explore other interests. Courtney joined a fashion club while in college and fell in love with art history. Her next stop was New York – she told her mum she had done an internship with Tracy Reese (one she didn’t have) just to get permission to go to the style capital to pursue her dreams . Fast forward to 2022 and Mays is the go-to designer when it comes to menswear.

“I’m kind of tomboyish, for lack of a better term, in my own style sensibility,” Mays says. “I love making menswear. I love masculine fabric. Even when I think of our home, I look at stripes, herringbone and Prince of Wales check. These are the fabrics I gravitate towards. My point of view has evolved because fashion has become genderless and I love to play with sizes.

Much like his NBA clients, Mays wears a uniform that epitomizes his personality: easy, comfortable, classic, approachable and understated, with a point of view. She may not be the center of attention, but she commands attention, making you curious enough to wonder about the person behind the black suit, plain t-shirt, and must-have sneakers. Her approach to style and life is determined and passionate.

“Everything we do is intentional,” says Mays. “With Chris Paul, when he was president of the players’ association, we were really trying to make sure his image reflected that, being presidential, making sure he still had that businessman style. You create or maintain these identities through fashion.

While the muscular above-average executives of NBA players are the envy of most men, getting dressed off the court is more than a challenge. Even with her own six-foot frame, Mays can create and creatively manipulate a head-turning look, regardless of height or body type. Her perspective is just as strong on camera as it is behind the scenes, inspiring designers to push their boundaries to include more inclusive shapes and sizes.

“I recently went into the Nike store, and they started offering plus sizes, which is a huge feat,” says Mays. “I’d love to create or even help encourage these brands to do better at size inclusion. And there’s such an opportunity out there when it comes to men and women – they’re missing out on a whole market of people who just want to look cool and feel cool, but don’t have access to pieces that fit them well.

Mays understands the power of image. She is more than a stylist; she is an activist and influencer, using fashion as her voice to let the world see and hear black men and women.

“Style is a way of telling stories. Style is a platform to talk about larger issues. Style is how you present yourself to the world without having to open your mouth,” says Mays. “Style is a combination of everything about you, whether it’s your taste in music or your history, where you come from. It’s so many things. It’s crazy; they are only clothes, but they are also much more than that.