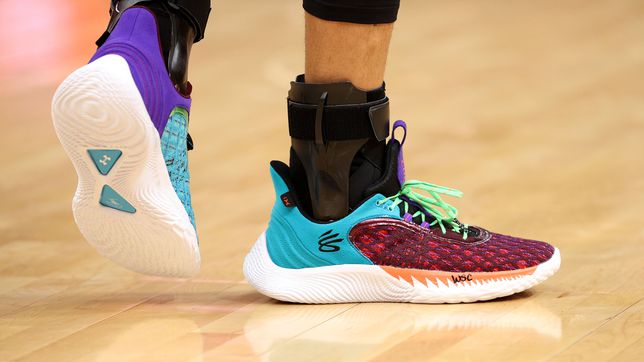 The road to the NBA, the pinnacle of professional basketball, is often difficult, even for a high pick. For undrafted players, however, it’s even more complicated to become recognizable stars in the league.

That’s why it’s important to shine a light on those who have made it into the spotlight. Meet the best undrafted players in NBA history.

Barea, the Puerto Rico native, was not drafted from Northeastern University until join the Dallas Mavericks in 2006.

His most memorable role in his career was in the 2011 NBA Championship win over the Miami Heat “Big 3”, when he scored in double digits seven timeswith more than 20 points twice, 17 points in Game 5 and 15 points in Game 6, leading to a title win.

Baréa has become only the seventh Puerto Rican player in the NBA.

The Spaniard, who played for the Raptors, Mavericks, Knicks, Hawks, Lakers, Cavaliers and finally the Pistons, led the NBA in free throw percentage in 2008-09, making 98.1% of his free throw attempts (151 of 154).

During his 14 year careerCalderon was Toronto’s all-time attendance leaderaveraging over 8.0 assists per game on four occasions.

VanVleet is one of the newcomers to this list, but proved to be a key addition after signing of a major four-year contract worth $85 million. Historic performance in 2020 NBA offseason led to VanVleet richest undrafted deal annually.

VanVleet opted for 54 points last season against the Orlando Magic, set the single game scoring record by an undrafted player and tops Raptors record as well.

Johnson is best known for his time with the San Antonio Spurs of 1994 to 2001after which he joined the Nuggets, Mavericks and finally the Warriors in 2003.

The playmaker once backup proved himself later in his career as a primary ball handler for Spurs (mid-1990s). During his 16 years in the league, Johnson won a NBA Championshipsqueezing 11 double-digit scoring games and four double-digit assist games in 1999.

The 57-year-old is currently NBA and College Basketball Analyst for CBS Sports.

Haslem is the The oldest active player in the NBA. The 41-year-old joined the Miami Heat as an undrafted free agent in 2003 and go again. His most memorable years with Miami date back to 2005 to 2009where he was an integral part of the franchise’s “Heat Culture” establishment, averaging 10.6 points, 8.4 rebounds and 1.2 assists per game.

The containment advocate has found his home in San Antonio, play a crucial role in all three Spurs championship teams.

For six seasons, Bowen shot more than 40.0% from three pointsand knocked down big shots as a 42.2 percent 3-point shooter in the playoffs.

Miller is one of five undrafted players in NBA history to become All-Star, more than one time.

During his 14-year career, he was named to the All-Star Team two consecutive years2003 and 2004. Miller averaged 11.2 points and was best known for his time with the Sacramento Kings as a playoff contender (2003-09), where he would sit in the middle during one of Sacramento’s best years in franchise history, averaging 14.1 points, 10.3 rebounds, 4 ,3 assists and 1.2 blocks per game.

Starks made a name for himself when he returned to the NBA with the New York Knicks from 1991 to 1998 after playing overseas. His persistent attitude helped ending 21-year drought in New Yorkleading the Knicks to the NBA Finals in 1994.

Averaging double digits, Starks has scored in seven of his eight seasons in New York with 19 or more points in five of the contests.

quite interesting, Hawkins was not drafted for a different reason than all other players listed. He was kicked out of Iowa and banned from the NBA after a huge college betting scandal in 1966.

Hawkins joined the Harlem Globetrotters for four years and bounced around in various professional leagues, while he sued the NBA for $6 million. After winning, he joined the league in 1969, playing for the Phoenix Suns in their first year as an NBA team.

He averaged over 20 points per game in his first three seasons with the franchise, and was nwas named an All-Star in his first four years in the league.

Hawkins only played in the NBA for seven seasons due to knee problems. But during these years he won All-NBA Honors in 1970 and made four consecutive All-Star teams. He was also inducted into Naismith Memorial Basketball Hall of Fame later for his contributions to the ABA and NBA.

Wallace was an NBA defensive force anchoring the Detroit Pistons to a championship in 2004, with six straight Eastern Conference Finals.

Wallace was appointed All-NBA five timesWon Four-time Defensive Player of the Yearand do it Six-time All-Defensive Teameasily making him the best undrafted player in NBA history.

How many undrafted players have become NBA All-Stars?

Malone was the only undrafted player to win MVP.