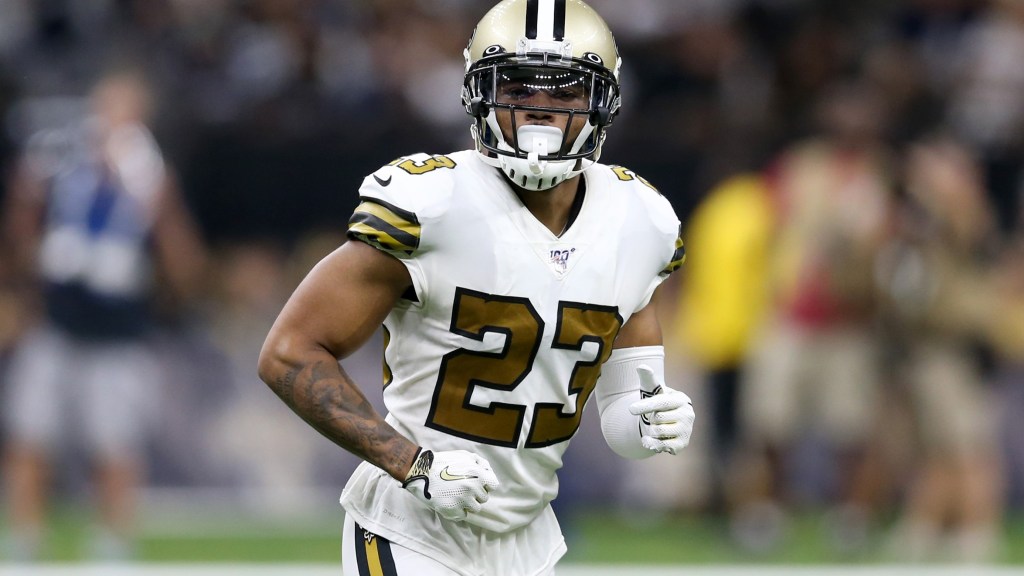 Anyone who’s watched the NFL over the past few seasons knows that former Ohio State cornerback Marshon Lattimore is a pretty special player. He previously won the NFL Defensive Rookie of the Year in 2017 and was also a four-time Pro-Bowler (2017, 2019-2021).

But some would say it means even more when those inside the game recognize a player’s greatness. After all, they’re the ones closest to the game. ESPN’s Jeremy Fowler has published position rankings (subscription required) in the NFL, as voted on by league executives, coaches, scouts and players, and they all just added an important stamp of approval for Lattimore.

The poll results didn’t lift the Saints’ No. 1 cornerback to the top spot, but it did move him just behind Jalen Ramsey to No. 2 on the list.

Fowler shared the following from those conversations:

“He really can do it all,” said an AFC executive who voted Lattimore No.1 overall. Fifteen of Lattimore’s pass deflections have come in men’s coverage, which he plays a lot. He was known early in his career for getting up for matchups with top receivers and downplaying lesser talent, but some voters thought he improved his consistency last year.

“He got closer to what he looked like [in his] first few years in the league,” an NFC defensive coach said. “Reached a turning point in the season where he was really at his best and it showed. Physical and competitive, strong as hell.

An AFC defensive coach added: “He’s a guy you can ask to take a top player off and he does. One of the few players who can do that. »

Remember, there are a ton of good cover guys in the league. For Lattimore, being ranked second means he’s ahead of guys like Denzel Ward (another Buckeye) of the Cleveland Browns, AJ Terrell of the Atlanta Falcons and Jaire Alexander of the Green Bay Packers.

Let us know your thoughts and comment on this story below. Join the conversation today.