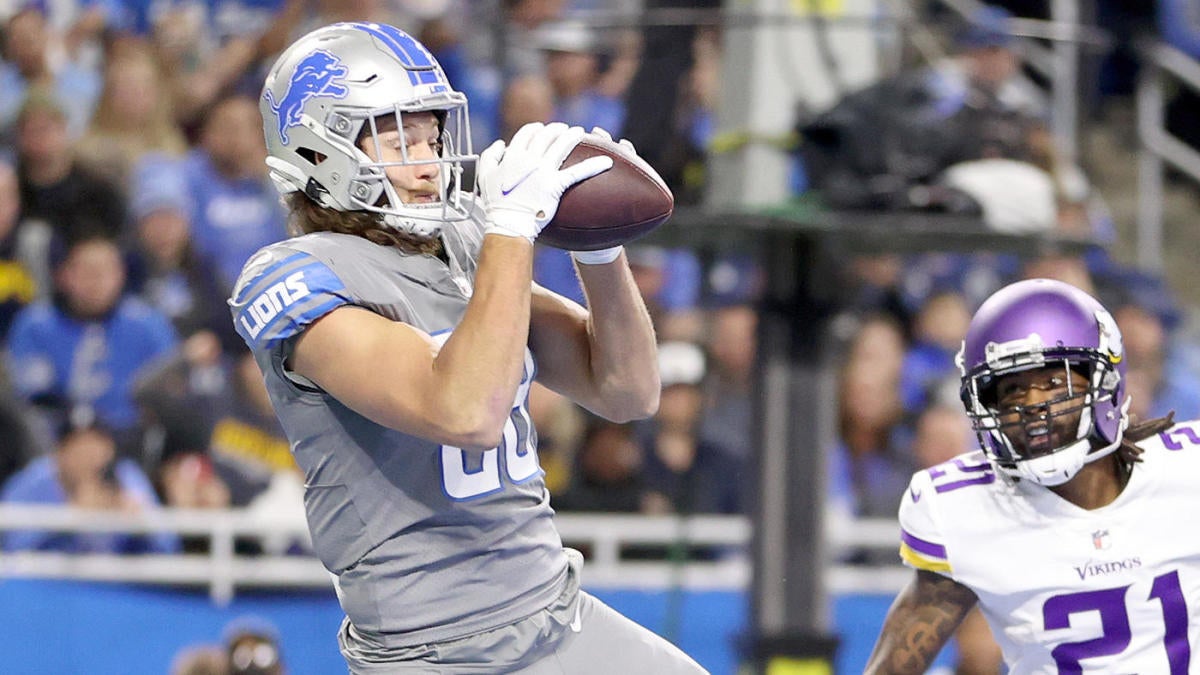 Hockenson, 25, was drafted No. 8 overall by Detroit just three years ago, and is widely regarded as one of the best young players in his position. Signed through 2023 on a fifth-year option that will net him $9.4 million next year, the former Iowa standout joins his NFC North rivals, along with a fourth-round pick in 2023 and a conditional fourth round in 2024, in exchange for a 2023 second round and 2024 third round.

Hockenson is on course to finish with career numbers this year, leading all tight ends with 15.2 yards per catch. In seven games this year, he helped headline the Lions passing game with 26 catches for 395 yards and three touchdowns. He topped 500 receiving yards in each of the previous two seasons despite missing five games to injury in 2021, recording a personal-best 67 catches for 723 yards and six touchdowns in his 2020 Pro Bowl campaign.

He thinks he’ll fit in instantly as the Vikings’ No. 1 tight end and stay in that role even after Smith returns from his own injury. Minnesota is averaging the fewest yards per catch on the tight end so far this season.

Hockenson’s surprise arrival marks the second intra-divisional trade between the Lions and the Vikings this year. New Minnesota general manager Kwesi Adofo-Mensah notably fell back in the first round of the 2022 NFL Draft in a trade with Detroit, which jumped to select wide receiver Jameson Williams.