Rate the trade: Rudy Gobert to the LA Clippers 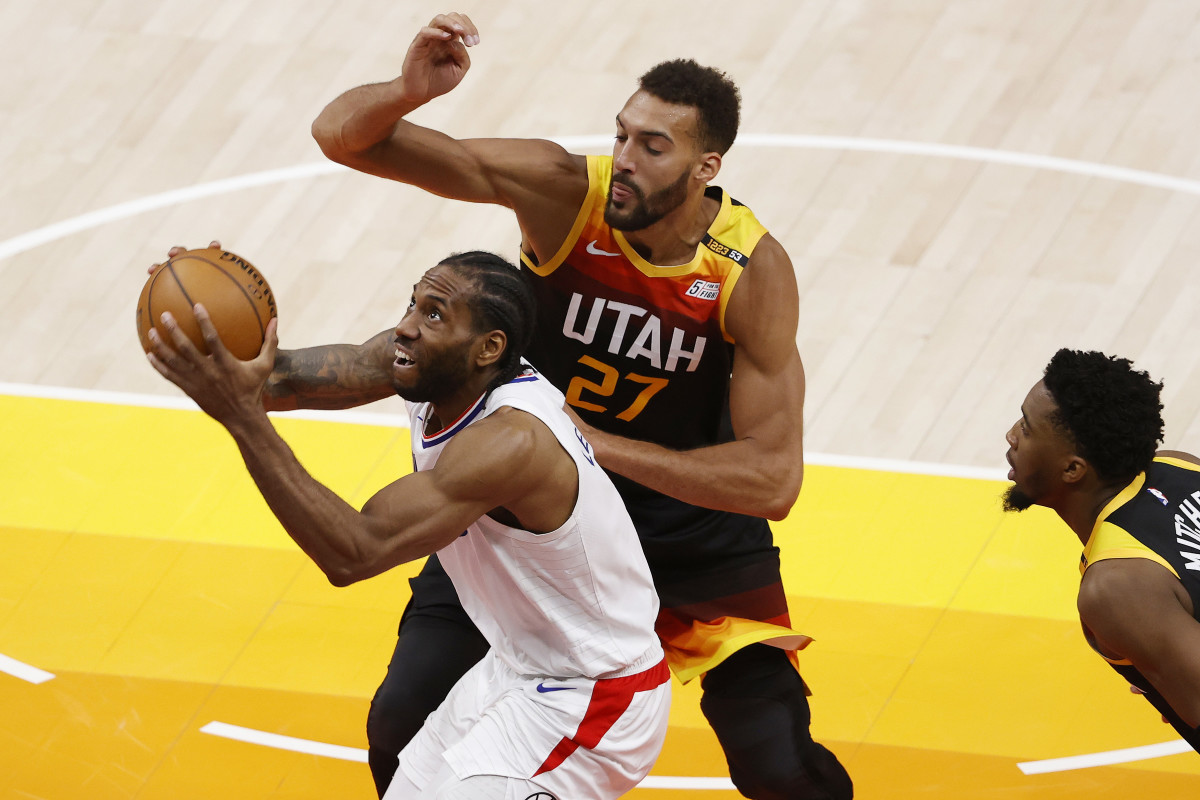 With the Utah Jazz once again making an early exit in the playoffs, the trade rumors surrounding Rudy Gobert and Donovan Mitchell will likely be circulating all offseason. While rumors don’t always reflect reality, there’s reason to believe the Jazz will explore their options this summer, having seemingly limited their potential with this core.

While Rudy Gobert is unarguably the best rim protector in the NBA, what he would offer the Clippers isn’t substantial enough to justify taking his $41 million annual salary over the next four seasons. This season, Gobert has limited opponents to 50.7% shooting from within six feet of the basket, while Ivica Zubac has limited opponents to 56.7% shooting from that same distance. Although there is a considerable difference between the two greats in this category, the Clippers are much less dependent on elite rim protection than the Utah Jazz.

A big part of what makes Gobert so valuable to the Utah Jazz is his ability to deter offensive players who break into Utah’s perimeter defense. With Utah often playing multiple defenders who struggle to stay in front of their man, Gobert’s elite rim protection provides a last line of defense for a team weak on the perimeter. For a team like Utah, it’s essential; however, for a team like the Clippers, it’s much less of a priority.

With one of the best perimeter defenses in the league, led by Kawhi Leonard and Paul George, the Clippers depend far less on inner strength than a team like Utah. Especially with the re-signing of Robert Covington, the Clippers will likely lean heavily on their small-ball options next season, prioritizing a 1-5 switching ability that isn’t possible with Gobert.

The one area Rudy Gobert would definitely help the Clippers in is rebounding, as the team often struggled in that category last season. While Gobert would offer support on the glass, taking his salary, while sending the package it would take to acquire it, seems like overpaying for an upgrade on the boards.

Part of the reason the Clippers struggled so much on the glass last season is because their small lineups were much smaller than they would have been if the team was perfectly healthy. . With Kawhi Leonard out all season and Paul George out most of the season, the Clippers were often stuck playing lineups without the physique to compete on the glass. When fully healthy, the small lineups including Kawhi Leonard, Paul George, Robert Covington and Nicolas Batum will have far fewer problems on the glass than most of the lineups the Clippers have been forced into. use this season.

While Gobert is elite at what he does well, it’s hard to justify draining much of the squad’s depth in return for his services. While the Utah Jazz will likely find a willing business partner if they decide to deal with Gobert, the Clippers seem unlikely to get involved.