Rob Gronkowski discusses the future of the NFL on “Jimmy Kimmel Live!” 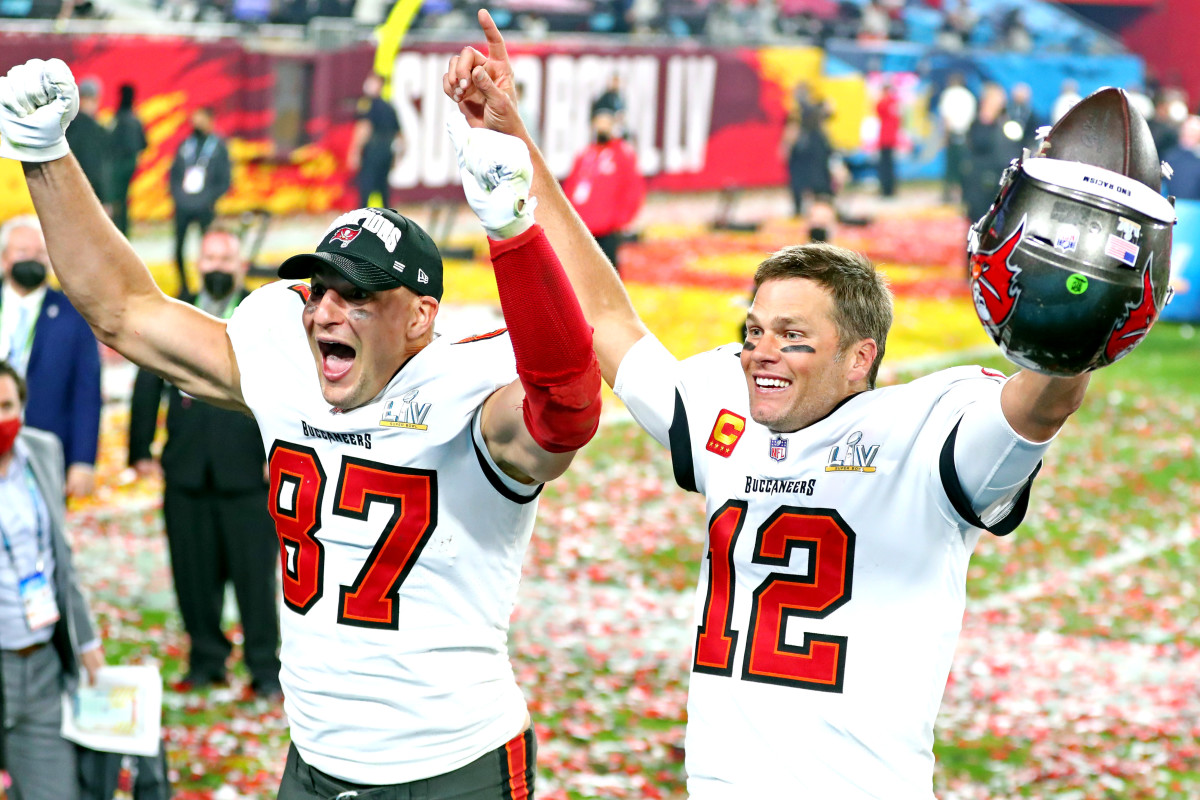 On Wednesday night, TE free agent Rob Gronkowski sat down with Jimmy Kimmel on his late night show to discuss a number of topics. Some subjects were more fun, others more serious.

The full interview between Kimmel and Gronk can be seen below.

In previous reports, Gronk himself has said that he’s not necessarily ready to come back and focus 100% on football right now. This seems to be the main reason why the TE star has yet to sign a contract with any NFL team. He expanded on his previous statements during his interview with Kimmel, while also hinting at the allure of Brady’s return.

“Peanut butter and jelly. Bread and butter. We’ll keep going,” said Gronkowsk, 32, who remains a free agent. “I don’t know, just because that duo, man. It’s so hard to have that connection. Especially in the NFL world, it doesn’t last that long. Seeing someone have that connection for over nine years is definitely on my mind.”

“It’s not really like, you know, do I really want to be there? I love playing with guys. That’s the best part. Be part of a team. Do I want to do it every week after week? It’s a brutal game. Of course, I block guys who are sometimes 300 pounds in front of me, they come at full speed and smash me. I catch a pass in the middle, and just as they catch me, they smash me from the legs to the shoulders.

It doesn’t appear to be the love of the game that is the determining factor for Gronk in his return to football, but rather the amount of punishment his body takes throughout an entire season.

Gronkowski suffered multiple injuries in 2021 that derailed his season. He broke his ribs and punctured his lung in the process. Injury susceptibility definitely increases with age and at the level of play in the NFL there is a greater chance of this happening.

However, with Brady back in the fold, it’s hard to imagine an NFL world or a Buccaneers team that doesn’t involve them both playing side by side. As Gronk says, it’s peanut butter and jelly.

Stick with BucsGameday for more coverage on the Tampa Bay Buccaneers throughout the offseason.