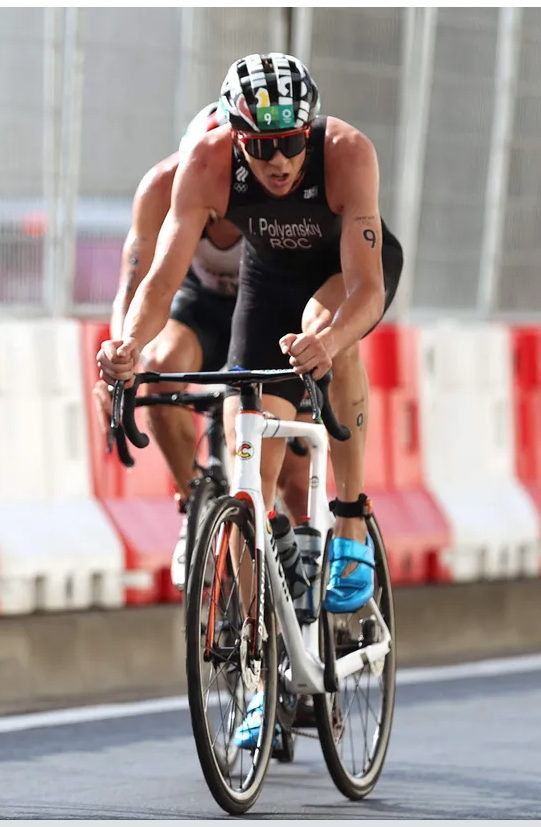 LAUSANNE, Switzerland â€” In the first official disqualification of an athlete from the Tokyo Olympics for doping, Russian Igor Polyanskiy was suspended for three years, World Triathlon said at the weekend.

Polyanskiy admitted to doping with EPO, an endurance-boosting hormone, before the Olympics and is banned until the 2024 Paris Games.

World Triathlon added that Polyanskiy did not dispute his positive test in a sample taken at a training camp in Vladivostock, Russia, five days before he started competing in Tokyo.

The positive test came after he placed 43rd in the men’s race and helped the Russian Olympic Committee quartet to finish 14th in the mixed relay. He finished 31st in men’s at the Olympic Games in Rio de Janeiro in 2016.

He and the Russian team were disqualified and their results in Tokyo canceled, World Triathlon said.

Because Polyanskiy, 31, admitted the charge, he got a one-year reduction in the potential four-year sanction by a World Triathlon court.

He is authorized to compete again on August 10, 2024, one day before the Parisian closing ceremony.

A Russian volleyball player who won gold at the London Olympics in 2012 also accepted a nine-month doping ban for a positive test that was said to have been covered up eight years ago, the official said on Wednesday. International Volleyball Federation.

The FIVB said Dmitry Musersky signed a “case resolution agreement” accepting the ban and admitting to testing positive for the banned stimulant methylhexaneamine at a Russian competition in 2013. Under the rules at the time. , he could have faced a two-year ban. . The ban is backdated to April and expires on January 4.

The case was part of a set of database and sample files obtained by the World Anti-Doping Agency from the Moscow anti-doping laboratory, where WADA discovered that test results were often falsified or did not enter never in the system.

Speaking to state news agency RIA Novosti, Musersky said his test result had been “withheld from both me and WADA.” He said he did not knowingly take any prohibited substances and that the “very small” amount of the drug could have entered his body through contaminated food.