Ryan Resch of the Phoenix Suns just made NBA history, but how? 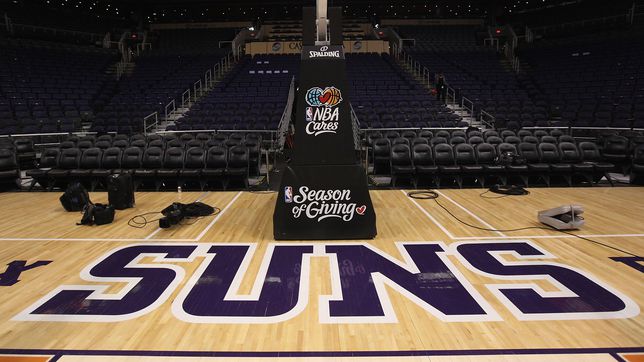 The Suns have come under intense scrutiny lately due to reports and allegations of a toxic work culture, but it looks like one employee feels comfortable enough to do something that we have never seen before.

According to a ESPN article, Phoenix Suns manager ryan resch recently announced that he is gay, becoming the first openly gay person in NBA history to hold a position in franchise front office basketball operations. Resch, 29, is the current vice president of strategy and valuation. “Ultimately, my goal is to normalize for people inside and outside the league the existence of gay men and women on the basketball side,” Resch said.

Ryan Resch is the first to do so because he wants to normalize “the existence of gay men and women in basketball” 🏳️‍🌈 pic.twitter.com/czMXs9oOTc

A bit of history on Ryan Resch

A Baylor University graduate, it is understood that Resch initially contacted the men’s basketball coach Scott Drew in order to learn how he could help the team. At that time, he had the opportunity to take on the responsibilities of a student manager. Resch would then spend a year in Missouri pursuing a degree in political science, but would later return to Baylor. “I had a hard time letting go of that team environment,” Resch said. “When I came back into the team environment at the Big 12 tournament that year, it felt family and fulfilling in a way that lacked being away from it.”

How did Ryan Resch get out?

As the saying goes, “there’s no ‘I’ in the team”, and that’s exactly how Resch approached his big announcement, telling the team and the general manager james jones after a workout. “We were playing Miami at home and I wanted to bring someone I was seeing at the time to the game and have them sit with me in our executive suite,” Resch said. “And I obviously can’t do that unless you tell the other executives you’re bringing. In true James fashion – he’s been called the greatest teammate of all time by several of his former teammates – it was one of the most mundane conversations we’ve ever had.

Openly gay in the NBA? What does Ryan Resch think?

Jason Collins is a retired NBA player, who competed professionally for 13 seasons. He came out publicly as gay in 2013, becoming the first openly gay athlete to play in one of the four major American professional sports leagues. pic.twitter.com/sA4axPdYE2

Interestingly, Resch, who admitted to dating women before, was asked why there are no openly gay active players in the league today. “I am extremely lucky that my actual risk is completely different from the perception of risk I have created in my head,” he said. “But for a player who’s worried about risking extremely high sponsorship or contracts, or having to answer media questions or questions on the podium when he’s in the middle of a playoff series, it’s tough. We don’t necessarily give people in this industry the privacy, time, or space to feel comfortable with who they are.