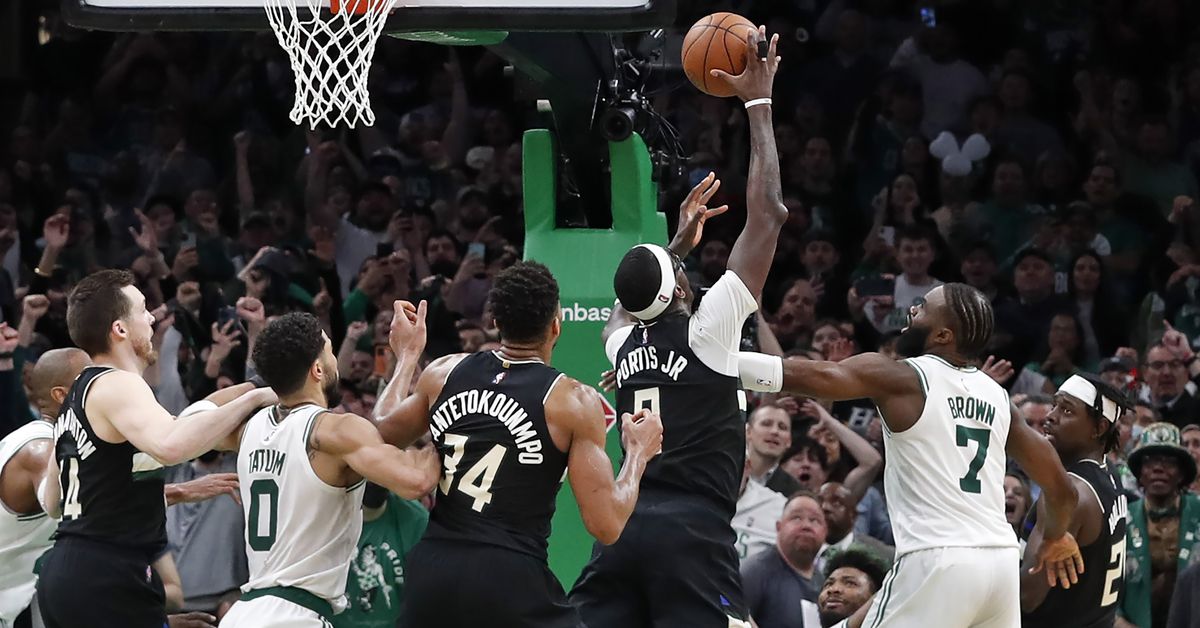 Thank you for your responses to this week’s SB Nation NBA Reacts survey. To register for our national survey, click on the link below. These surveys come out every Monday!

Please forgive the typo in the chart. I did not create it. But the interesting thing about this year’s second-round playoff is that all four have played at least six games, which means parity in the league. It’s something that has made the playoffs this season very exciting, even if the Washington Wizards are not in it.

Fans also figured out the Celtics vs. Bucks series would be seven games after Jayson Tatum’s 46-point performance last night.

This question arose, in part, because of a flagrant foul by Warriors forward Draymond Green on Grizzlies post Brandon Clarke in Game 1 of their second-round series. You can see the game below.

The fans want the refereeing to be consistent!

Like players and coaches, NBA fans want referees to be consistent in calling fouls or not. The flop was second with 21%.

Just improve the reviews or train them more, or maybe add another reference!

Again, sorry for the typo in the graphic above. Our graphics team is desperate to get the ball rolling in the NBA Draft Lottery poll (hopefully?) when the Wizards return to the spotlight.

But in our last national question, there was no runaway winner on how to improve refereeing.g consistency. First, they wanted better reviews (43%), but that can make games longer. More training was the second most selected choice with 34 percent. And 24% wanted a fourth official on the pitch. Currently, NBA games have three officials.